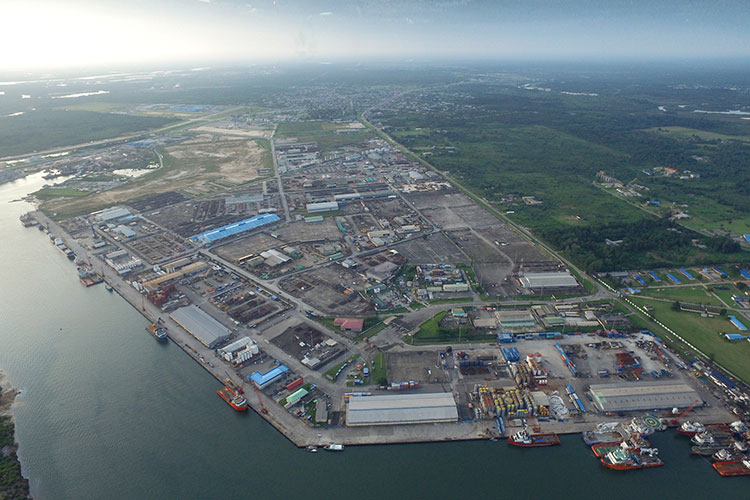 The business dispute between the Nigerian government and the Integrated Logistics Services Nigeria Limited, Intels, is now a subject of litigation, with Intels accusing authorities of breaching agreements and sabotaging its multi-billion dollar ports investments through de-categorization of terminals, court papers sighted by PREMIUM TIMES have revealed.

The Nigerian Ports Authority had in May conveyed to operators the approval of the country’s president, Muhammadu Buhari, to designate ports operations into three broad categories of bulk cargo, container cargo and multipurpose cargo.

The administration consequently reviewed the categorization of Onne Port, controlled by Intels before its policy review, as “Oil and Gas Multi-purpose Cargo Terminal”.

In effect, therefore, the government moved to make Onne Port open for all categories of cargoes.

Onne is the most important hub for oil and gas industry in Nigeria, accounting for 65 per cent of cargo export through the country’s sea, according to NPA, and hosting operations of all major oil and gas companies within its massive free trade zone.

The president’s approval also guaranteed that “all importers are free to choose any terminal or port for the discharge of their cargoes”, thereby effectively ending Intels monopoly.

But Intels has approached the Federal High Court in Abuja to challenge the policy review, joining the federal government, Attorney-General of the Federation, NPA, Ministry of Transport and the Bureau of Public Enterprises as respondents.

In its suit filed on June 4, Intels said the review amounted to violation of an October 24, 2005 Lease Agreements in respect of the Warri New Terminal, Warri Old Terminal, Calabar Terminal B, Federal Lighter Terminal B (Onne) and Federal Ocean Terminal A (Onne).

The company told the court that by the 2005 Agreements, the NPA designated the concessioned ports in Onne, Calabar and Warri to deal with oil and gas related cargoes alone “in appreciation of the importance of oil industry to the national economy and proximity of oil wells” to the ports.

It stated that the lease agreements were for a period of 25 years with an option of further renewal; and therefore, asked the court to declare the terms of the leaseholds as subsisting.

It sought a ‘”perpetual injunction” restraining government or its representatives from “doing, directing, carrying out, executing or implementing any policy, directives, act or acts, which are capable of diverting traffic, customers, sales, patronage or otherwise that would affect the spirit of the intendment of the 5 nos. Lease Agreements, revenue generation, profits, return on investment and any other projection of the plaintiff (Intels).”

According to the Witness Statement on Oath, filed by the company against NPA and other defendants, a Senior Legal Manager of Intels, Dominic Onwuchekwa, said “categorically” the company had committed amount in excess of $10 billion to various development projects and investments at the ports.

“The developments would not have been possible without an ambitious finance strategy, including substantial funding syndication involving both local and international banks and financial institutions, with stringent financial covenants and obligations,” said Mr. Onwuchekwa.

He added that Intels’ investments and the funding sourced from third parties were based on understanding that the funds would be recouped during execution stage of the investments.

“It is a fact in the financial circles that any change in parameters for grant of credit facilities and which form the basis of the covenants of the borrower will put the plaintiff (Intels) into default, entitling the banks to call for immediate repayment of the credits.

“In addition to the above, the Plaintiff had also expended these huge expenses because it had entered into and executed 5 nos. of Lease Agreements on the Concessioned Port Terminals which life span were 25 years with option of renewal for a further term on each terminal,” the company official added.

He continued: “In addition, the de-categorization will lead to a situation whereby all terminals will charge the lower fee of $1.2 per ton (even for oil and gas cargoes for which $5.83 per ton should be paid) in order to attract patronage from port users, but on the other hand short-changing the government itself and the people of Nigeria.”

Earlier, last month, the court had issued an interim order asking the parties -Intels and government authorities – to maintain status quo in respect of ports that will be affected by the policy review.

The spokesperson for NPA, Nduonofit Effiong, did not answer calls placed to him for comment on this development.

Intels was co-founded by former Vice-president and chieftain of the All Progressives Congress, Atiku Abubakar; and an Italian businessman, Gabriel Volpi, in the 1980s.

“Intels is my most successful business,” Atiku said, while launching his 2015 presidential bid in September 2014.

Apart from the disagreement over ports categorization, PREMIUM TIMES had earlier reported one other aspect of the dispute between Intels and the government, over the federal government’s Treasury Single Account policy.

Group calls for laws in Nigeria against female genital mutilation