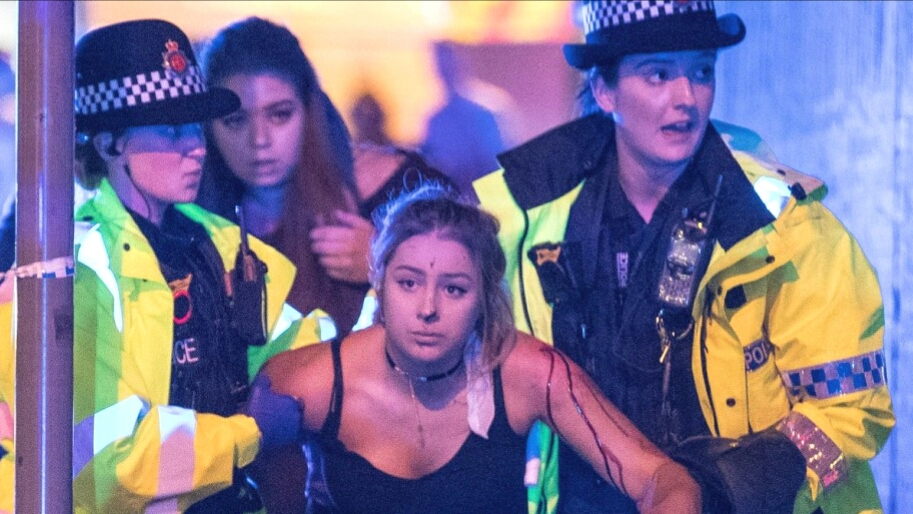 One of the victims after the attack. (Photo Credit: South China Morning Post)

A suicide bomber denoted an explosive at the Ariana Grande concert in Manchester, United Kingdom killing at least 19 people and injuring no less than 50 others.

The blast which occurred just as the show was wrapping up caused panic at the Manchester Arena, venue of the concert, sending the mostly adolescent audience into panic.

Amateur videos show the concert goers, including children who were separated from the their parents screaming and running for their lives.

The British Prime Minister, Theresa May, while consoling the victims and their families said the explosion is “being treated by the police as an appalling terrorist attack.”

The greater Manchester Police released a statement on Twitter warning people to stay away from the Manchester Arena while first responders dealt with the issue. It later gave the casaulty figure and added that the incident is being treated as a terrorist attack.

Oliver Jones, 17, who claimed to be at the concert with his 19-year-old sister told the Guardian that he was in the toilet as people were beginning to leave after the concert when he heard a loud explosion.

“The bang echoed around the foyer of the arena and people started to run. I seen people running and screaming towards one direction and then many turning around to run back the other way. I just had to run and make sure me and my sister were safe.”

Suzy Mitchell, 26, who lives near the venue told the Press Association that the bang shook the neighbourhood.

“The bang was so big I heard it from my room which is at the back of the apartment blocks. Currently lots of emergency services going to and from,” she said.

A bar tender told journalists at the nearby Steven Charles Snooker Club that people were lying in blood everywhere.
“We’ve had a few people in with panic attacks and in all kinds of disarray. We’ve got four girls here- trying to get them sorted to get picked up.

“There was a gentleman on the floor with his leg all bleeding and woman with blood dowm one side of her face. One girl had a panic attack and another had streaming tears, a woman had a heart attack just outside,” he said.

Parents separated from their children during the mayhem were advised to look for them at a Holiday Inn, where many strander children were being safely kept. A number of hotel had opened their doors to concertgoers caught in the police cordon. The hotels gave them drinks and phone chargers to help them contact their families.

The attack is reminiscent of the deadly terrorist attacks inside the Bataclan concert hall in Paris in November 2015. at least 130 people were killed in that attacks that were a combination of bomb blast and shooting.