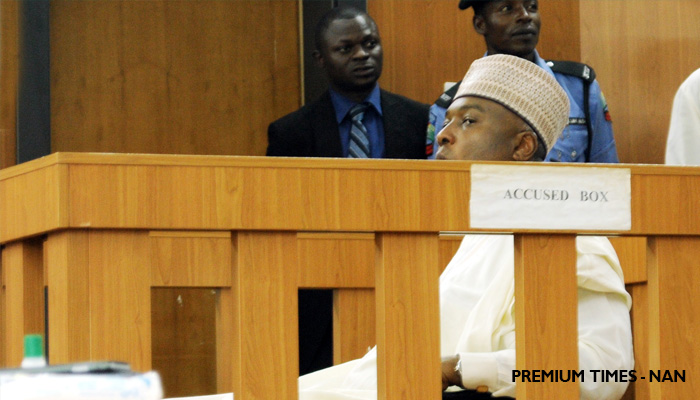 The prosecution on Thursday closed its case in the ongoing trial of the Senate President, Bukola Saraki.

Mr. Saraki is facing 18 counts of false asset declaration-related charges. He is being tried at the Code of Conduct Tribunal, Abuja.

His trial continued May 4 after three consecutive adjournments at the instance of the prosecution.

The prosecution counsel, Rotimi Jacobs, informed the court about his client’s decision to close its case after the last witness, Bayo Dauda, was cross-examined by the defence counsel, Paul Erokoro.

The prosecution presented four witnesses in all.

Following Mr. Jacob’s statement’s, Mr. Erokoro informed the court of his client’s decision to make a no-case submission on the matter.

He prayed the tribunal to provide the details of its proceedings, to guide the defense while making its application for no-case submission.

He also asked the tribunal for time, to properly analyse the testimonies.

Reacting to Mr. Erokoro’s request, Mr. Jacobs said the defense ought to have been fully guided before making a no-case submission.

He argued that the request for time was unnecessary, since the defense team had already reached its conclusion.

Mr. Jacobs then urged the tribunal to specify the duration of time, in which the defense would be expected to return to the tribunal for its application.

The case was adjourned till June 8 for adoption of written addresses.