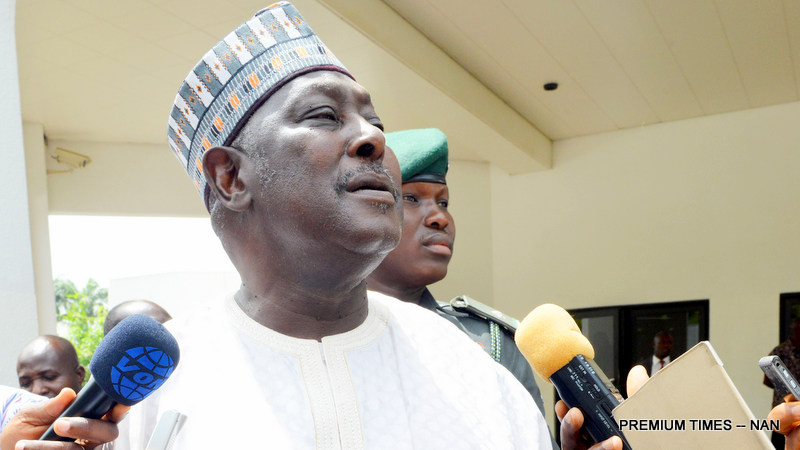 The Senate has restated its demand for the prosecution of the suspended Secretary to the Government of the Federation, Babachir Lawal, after its committee’s report on the humanitarian crisis in north-east indicted him for bribery and breach of law in the procurement exercise at the Presidential Initiative for the North East.

The Senate restated its stance on Wednesday, following the adoption of the final report of the ad-hoc probe committee led Shehu Sani (APC-Kaduna).

Last December, the interim report of the committee had unearthed the infamous grass-cutting scandal in which Mr. Lawal, as the SGF, used his company Rholavision Engineering Ltd, while still being its director, to receive consultancy contract to clear invasive plant in Yobe State from PINE, an intervention agency under his office.

That interim indictment by the Senate formed the reason for the suspension of Mr. Lawal by President Muhammadu Buhari and his referral to the presidential investigate committee chaired by Vice President Yemi Osinbajo.

But apart from the grass-cutting contract, the final report of the committee, details of which had been exclusively reviewed and reported by PREMIUM TIMES before the public presentation, showed how Mr. Lawal received at least N450 million in kickbacks from companies that got contracts from PINE.

The report annexed evidences of bank transactions between the companies and Mr. Lawal’s accounts as well as documents from the Central Bank of Nigeria, Bureau of Public Procurement and the Corporate Affairs Commission which showed various ways by which Mr. Lawal abused his office.

Apart from the companies from which Mr. Lawal got kickbacks, there are other dozens of companies that received PINE contracts in manners that suggested disregard for law and due process.

PINE, according to the report of the Senate committee, “awarded 39 contracts to various companies to carry out the removal of invasive plant species plants, rehabilitation/renovation works, food supplies, consultancy services and provision of shelter (supply of tarpaulin cabins) etc.”

But the committee found that all the contracts were “awarded under the principle of emergency procurement stipulated in section 43 (i) and (ii) but absolute disregard for sub-section (iii) of the same section 43 of the Public Procurement Act.”

According to a BPP’s review attached to the report, none of the bidders for all the contracts had the full requirements stipulated in section 16 of the Public Procurement Act and, thus, none was eligible to be awarded contract. Such requirements include CAC registration, tax payment, PENCOM certificate, VAT, ITF and BPP registration.

The committee also found how 40 trucks of grains meant for internally displaced persons were diverted; and how the National Emergency Management Agency, the National Commission for Refugees, Migrants and Internally Displaced Persons, the Federal Ministry of Health and PINE were not rendering perfunctory services and neglecting the critical needs of the Boko Haram victims.

Having adopted the report of the Shehu Sani-led committee, the Senate then demanded prosecution of Mr. Lawal and all other officials as well as collaborators in the private sector who might have been involved in the diversion of funds meant for victims of war in the north-east.

The Senate also urged action against malnutrition in the IDP camps and that concerted efforts should be made towards addressing critical needs such as healthcare, education, shelter, infrastructure and secure environment.

PREMIUM Times understands the Senate has sent a documentation of evidences against Mr. Lawal to Mr. Osinbajo to guide his committee’s task of investigating Mr. Lawal.