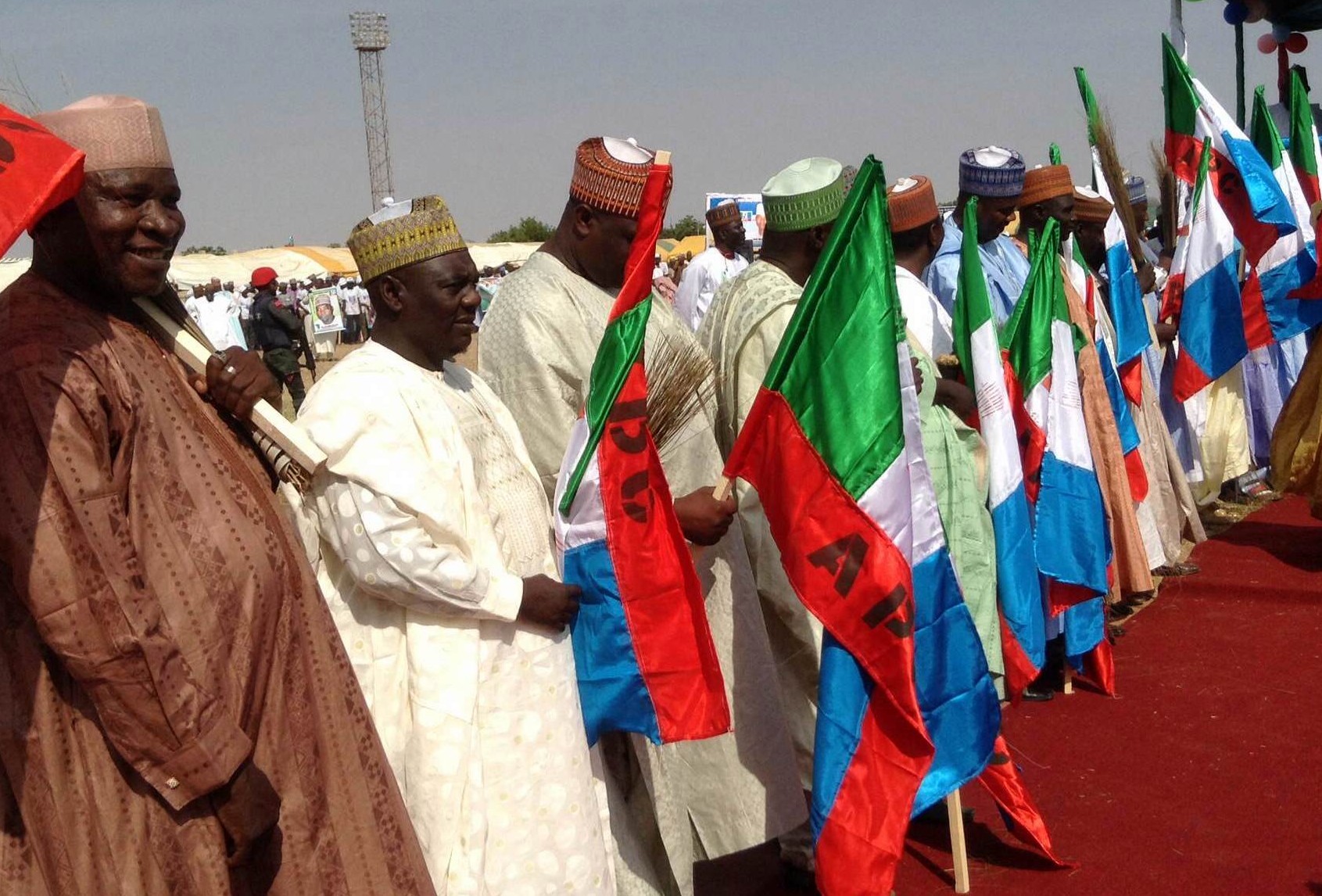 Abu Ibrahim, the senator representing Katsina South, and Amiru Tukur, the member representing Bakori/Danja Federal constituency in the House of Representatives narrowly escaped mob action at a political event organised by the Katsina State chapter of All Progressives Congress (APC) on Saturday in Funtua.

The News Agency of Nigeria (NAN) reports that it took a combined teams of security personnel to rescue notable politicians, including the governor’s entourage, as they came under attack from protesters.

Stones and shoes were used in attacking the dignitaries.

Some vehicles in the entourage of the governor were smashed by irate youths while security personnel had to use tear-gas to disperse the crowds and free the dignitaries.

The event however ended abruptly.

Reports say trouble started when some youths started chanting “Bamaso Abu Ibrahim’’ (We don’t want Senator Abu Ibrahim) and then started throwing stones and shoes at dignitaries and entertainers invited to perform at the event.

Amiru Tukur, the Representative from the area, suffered injury while Abu Ibrahim, along with some of his aides and supporters, who were trying to rescue the senator, were also assaulted.

The governor reiterated his administration’s commitment to giving proactive leadership that would turn around things for the better in the state.

He said the government would ensure increased investments in education, health, water supply, agriculture among other areas.

In his remark, the Katsina state chairman of the APC, Shitu Shitu, said thousands of people were trooping to the party based on its achievements, adding that similar rally was organised in Dutsi local government for Katsina North senatorial zone recently.

He assured the new members of fair treatment in the party affairs.

Speaking on behalf of those who defected, a former chairman of Malumfashi Local Government Area, Mansur Banki, said he led more than 5,000 persons to join the APC from the PDP because of the good programmes of President Muhammadu Buhari and Governor Masari.