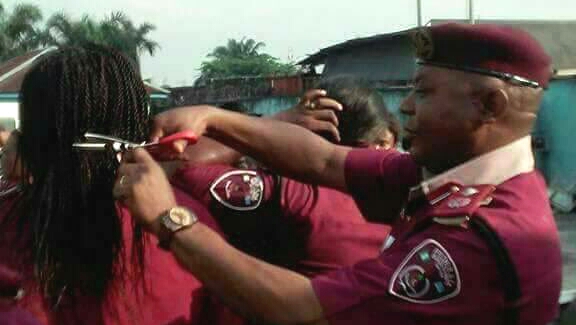 Photos of the controversial disciplinary action, which came during a routine parade exercise, circulated on the internet on Monday.

The FRSC spokesperson, Bisi Kazeem, said in a text message to PREMIUM TIMES on Tuesday morning that other officers who allegedly participated in that act have been suspended alongside Mr. Kumapayi.

He said the sector commander accused the female marshals of carrying long hairdo.