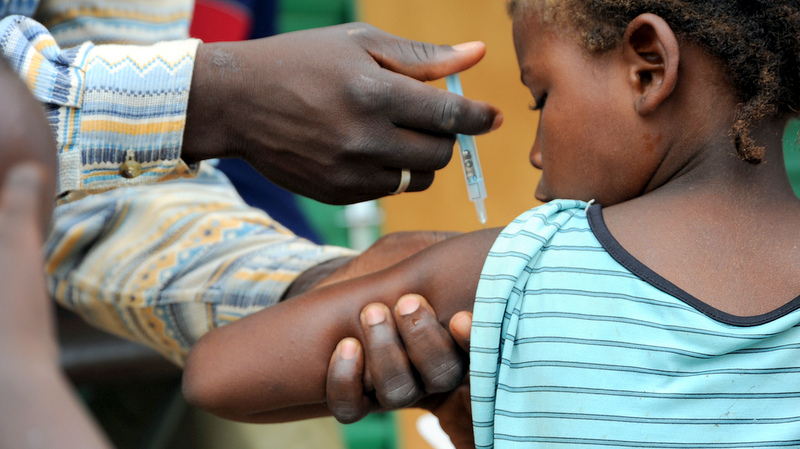 The death toll from the Cerebro Spinal Meningitis, CSM, outbreak across several states has increased to 336, the Nigeria Centre for Disease Control has said.

Several states, mainly in northern Nigeria, have been affected by the disease as officials struggle to secure enough vaccines to prevent it.

“As at April 3, 2017, a total of 2,997 suspected cases of CSM have been reported in 16 States in Nigeria, of which 146 have been laboratory-confirmed. Unfortunately, 336 deaths have also been recorded,” Lawal Bakare, a spokesperson of the NCDC said in a statement on Tuesday.

Mr. Bakare said the NCDC has, in collaboration with other stakeholders, activated an Emergency Operations Centre, EOC, to manage the current outbreak.

This brings the national response into an Incidence Management System, IMS, to ensure that all activities across the country will be managed using a clear command and control structure, he said.

The spokesperson said that with this new coordinating structure, the country will have a tight, multi-partner team of experts pulled from the most competent agencies focusing on outbreak control in Nigeria.

He said that the head of emergency preparedness and response at the NCDC, John Oladejo, would act as the Incident Manager of the response team.

Mr. Bakare noted that the Incident Manager would report through the Chief Executive Officer of the NCDC to the Minister of Health.

He added that with the new team structure, all CSM outbreak response activities would now be coordinated in one place.

He said that a total of 500,000 doses of Meningitis `C’ vaccines have been distributed to some of the affected states for immediate outbreak response vaccination.

The manager added that an additional 823,970 doses of Meningitis `C’ vaccines were being expected from the United Kingdom to support vaccination activities in other affected states.

He explained that the EOC will support state-wide vaccination campaign which starts in Zamfara on April 5.

He added that the team would also deploy and coordinate a robust national communication and social mobilisation campaign, focused on CSM prevention and control in rural and urban areas of affected states.

“We are confident that we have turned the tide, and with increasing vaccination activities, expect a reduction in number of cases.

“Importantly, lessons learned from this outbreak will help the country prepare for the future,” he said.

Meanwhile, the Sultan of Sokoto, Sa’ad Abubakar, has urged Nigerians to avoid self-medication as part of measures to tame the current meningitis epidemic in parts of Nigeria.

The Sultan said this in a statement signed by the Emir of Argungu in Kebbi State, Samaila Mera, and issued to the News Agency of Nigeria in Sokoto on Tuesday.

“In the interim, because of the dynamic nature of the outbreak, the Sultan is calling on parents and caregivers to ensure that their wards sleep in clean, well ventilated abodes and avoid overcrowding.

“They should also report all suspected cases immediately to the nearest health facility.

“The Sultan is also calling on all traditional and religious leaders to support all measures taken or recommended to be taken by the government and health officials.

“They should also enhance surveillance for cases in their areas of administration and report any suspected case to the nearest health outpost,” the statement read in part.

The statement further urged residents to support government officials working in any capacity, to bring an end to the outbreak.

It also urged the general public to pray to God for the speedy interruption and eradication of the disease from the country.

The statement commended the efforts of governments at all levels and international partner organisations to stop the outbreak.

Meanwhile, the Sultan has, sequel to the outbreak of meningitis and the resultant deaths, planned a meeting on April 11, to brainstorm on the unfortunate development.

“The Sultan has called for a joint meeting of the Northern Traditional Leaders Committee on Primary Healthcare and the relevant agencies of the Federal Ministry of Health.

“This is with the view to establishing modalities for collaboration at all levels, to fast track the efforts of government to control the epidemic.

“The Minister of Health has accepted the Sultan’s suggestion and recommended Tuesday, April 11, 2017, for the meeting,” it added.

In a related development, most of the isolation camps hitherto opened by the Sokoto State government and the 23 local government councils in the wake up of the declaration of state of high alert on the disease, have been closed up.

A visit to one of such camps at the Rabah General Hospital, Sokoto, on Tuesday revealed that only five patients were on admission due to meningitis.

“We have only five patients today compared to the nearly 50 we had about a week ago,” the officer in charge of the hospital, Abubakar Yarima, told NAN.

The state Commissioner for Health, Balarabe Kakale, also said that the epidemic has been brought under total control.

“We have also embarked on the massive vaccination of no fewer than 700,000 people in the state, aged one to 30 years, against the deadly type C strain of the disease,” Mr. Kakale said

“This is going side by side with the Routine Immunisation of children against the six child killer diseases across the state.”

Mr. Kakale had on April 3 put the death toll caused by meningitis in the state at 41.

KWARA HAS NO CSM

Also, the Commissioner for Health in Kwara State, Atolagbe Alege, said on Tuesday that the state has not recorded any case of Type ‘C’ Cerebrospinal meningitis, currently affecting some parts of the country.

Mr. Alege told the News Agency of Nigeria in an interview in Ilorin that the state government is being proactive as regard the outbreak of the meningitis.

“We are proactive in the state as regards the outbreak of meningitis in other parts of the country,” he said.