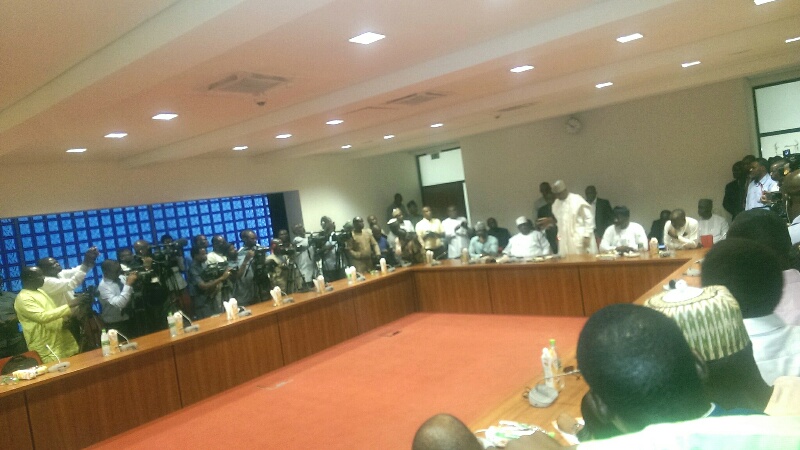 A car dealer, Lanre Shittu, has absolved Senate President Bukola Saraki of any culpability in respect of the nearly N300 million bullet proof Range Rover imported with fake documents and seized by the Nigerian Customs Service.

Mr. Shittu appeared before the Senate Committee on Ethics and Privileges, tasked to investigate the car seizure scandal, on Monday, alongside the importer of the vehicle, Tokunbo Akindele, and Mr. Saraki.

Like Mr. Shittu, Mr. Akindele also testified, under oath, that the luxury vehicle was not imported for Mr. Saraki, but that it was originally procured in 2015 for use by oil firm, Oando.

Mr. Akindele, also a staff of Oando, said the company later reviewed its decision “because we have alternative.”

Mr. Shittu, Chief Executive of Lanre Shittu Motors, said he was then approached by Wale Tinubu, the Oando boss, in October 2016 for the consigning the car to his (Mr. Shittu’s) company.

He said, in respect of the car, his company had no deal with Mr. Saraki but the Senate, adding that he bided, following advert, and supplied the vehicle.

Both the dealer and the importer said it was in 2017 that they discovered the customs documents for the car were fake, blaming the NCS operatives instead.

The Chairman of the Senate Committee on House Service, Mr. Gobir, told the investigative committee that the Senate bought “vehicles from dealers, and dealers from importers”.

He said the Senate President had nothing to do with the car or the fake documents.

Speaking at the hearing, Mr. Saraki said he was not a car dealer or importer, nor did he ask anybody to help him import the seized vehicle.

He said the end user certificate showed whom the vehicle was imported for.

The members of the probe committee had put questions to the respondents – Messrs. Saraki, Shittu, Gobir and Akindele – on whether the Senate President had any link with the seized vehicle and the documents.

The committee chaired by Samuel Anyanwu resolved to adjourn hearing to Tuesday and that the NCS should be present to state its side in the matter.

Although Mr. Saraki may not have personally imported the vehicle, a National Assembly, Lagos liaison office document suggests it was procured as an official car of the senate president.

Mr. Saraki did not say on Monday who was meant to use the bullet proof car.