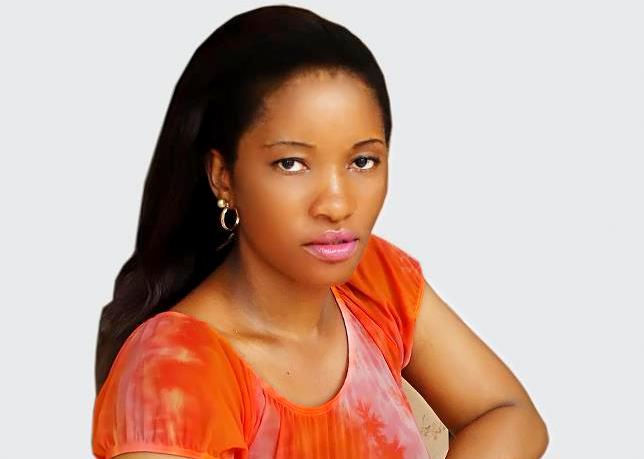 One of the Facebook accounts of the second lady who claimed to have been in a sexual relationship with Johnson Suleman, the embattled overseer of Omega Fire Ministries Worldwide, has been deactivated for violating the medium’s policies which included nudity, PREMIUM TIMES can report.

The lady, who identified herself as Queen Esther, said she began a relationship with Mr. Suleman (popularly known as Apostle Suleman) in 2013 before a “catastrophic break-up” a year later.

The preacher denies all the allegations.

On Sunday, he barred members of his congregation from further publicly commenting on the incident.

After PREMIUM TIMES published Ms. Esther’s claims on Sunday, the lady contacted this newspaper to ask why it would report that she had no evidence against Mr. Suleman.

She requested that a follow-up story be published to reflect that she has evidence of their affair, a request that was turned down.

“I saw all that was written on the internet, although it is a true story, of which it’s the reality of what is going on now in my life,” Ms. Esther said on telephone on Monday.

“If my family were going about bringing out such stories, you should have at least waited before publishing it. Because this is going to attract all kinds of assault to me right now. And going to say that there’s no evidence….it’s just too much.”

A top official of the Kaduna State government had confirmed to PREMIUM TIMES that it received an e-mail from Ms. Esther seeking its protection against Mr. Suleman and “his team of magicians.”

Following a PREMIUM TIMES request to Ms. Esther to authenticate the e-mail to the Kaduna State government, an e-mail was received on Sunday confirming that she wrote the government seeking its protection.

But Ms. Esther told PREMIUM TIMES on Monday that she didn’t send any of the e-mails.

“The email sent to you, it wasn’t really me that wrote it, it’s my cousin,” she said.

“I want to ask you for a favour. I’m actually sick and all that began from the whole story you have heard. It’s my cousin and my uncle that went about doing all that and it’s just as the whole thing is out that I’m now told. And I want to take it up from here. 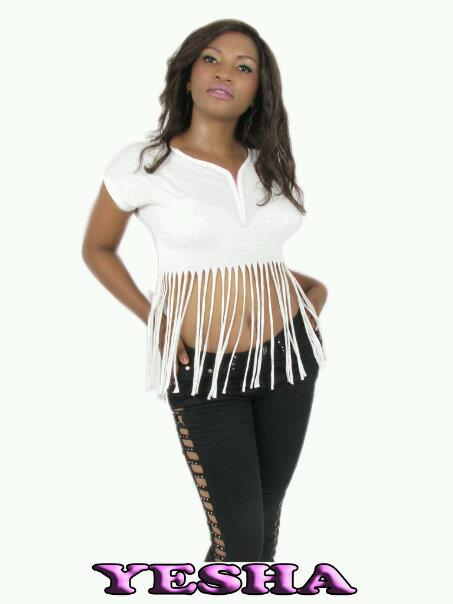 “It wasn’t me that wrote to the Kaduna State government…I’m telling you honestly, this issue has been dragging since 2014, between me and my family and Apostle Suleman and his family since 2014. The reason why I think they were so frustrated to go to this extent, writing these things is because all their pleas to Apostle Suleman to release me from his bondage has fallen on deaf ears.

“It is evident that all that I’m suffering now started from the time he …. and his threat messages are in my phone. He threatened that I will die…I don’t know who he’s talking bout that will die, but he actually sent all those threat messages to my phone.

“What did I do to Apostle Suleman? That I said I don’t want to be in the church again.That being in the church is risky to me and besides whatever relationship that existed between him and I wasn’t really…I didn’t go into it out of… all because I had a problem and he took advantage of that.

“So what I’m trying to say is that whatever you have put out there, you have to go back and put that there is evidence to prove that he actually threatened me and from the day he threatened me, all these I’m suffering began.”

PREMIUM TIMES requested Ms. Esther to produce any voice recording or text message from Mr. Suleman, but she insisted a story stating that she had evidence be published first.

“You need to do whatever you have to do to make anybody who’s trying to criticise this story to understand that I’m the one involved and I have evidence.

“If they have come out to publish something without my consent, I’m the one who have to defend it all and at least I can offer and provide evidence that this man actually threatened me. If he doesn’t want to heal me I don’t know what wrong I did to him.

“He has to be able to tell the whole world why he said I will die. What I did in 2014 other than say I don’t want to continue in this relationship and that I want to leave the church. I don’t think that’s a crime.”

On why her uncle and cousin are using her e-mail account, Ms. Esther said they know everything about her because they had been taking care of her since her illness.

“The evidence is in the text message. Johnson Suleman is too smart to call me on phone to say all those things because he knows his voice can be recorded. But since the evidence he wrote it in a text message and sent to me, times without number, I can only quote from the text message, sent directly from his number.”

Two hours after PREMIUM TIMES’ request for a text message evidence, Ms. Esther called back to say, “The text messages are on my old phone and we have taken it to a repairer,” a contradiction of her earlier e-mail claim that the messages disappeared mysteriously.

“We are going to court on the matter and we’ll provide our evidence in court,” she said. 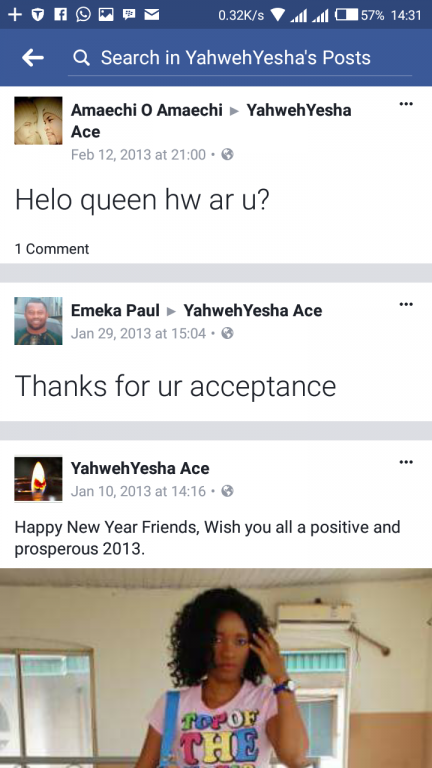 On Sunday, Ms. Esther had turned down PREMIUM TIMES’ request to produce her photograph – or her real identity – saying she wanted to first get the support of the Kaduna State government, to protect her from possible attacks from Mr. Suleman.

On Monday, a caller who claimed to be Ms. Esther’s cousin, called to lambast PREMIUM TIMES over its report on the incident.

“You people have made a mess of the case we are even trying to package out,” said the cousin who didn’t reveal her name.

“Even if the Kaduna State government said they are not getting involved in the matter, why did you have to write it in the whole thing? Why not put the whole story out and exempt the government?

Although the two callers’ voices – Ms. Esther’s and her cousin – sounded alike, PREMIUM TIMES could not verify if they were the same person.

But a Facebook search with the latter’s phone number threw up an account linked to the former’s e-mail address.

And the Facebook account’s owner, with profile name YahwehYesha Ace, was repeatedly referred to as ‘Queen’ or Evangelist Queen by her friends.

Her Facebook URL suggested she was formerly known as Evangelist Queen before changing her name to YahwehYesha Ace on the social media platform.

She described herself as an evangelist/preacher at Omega Love Ministry. 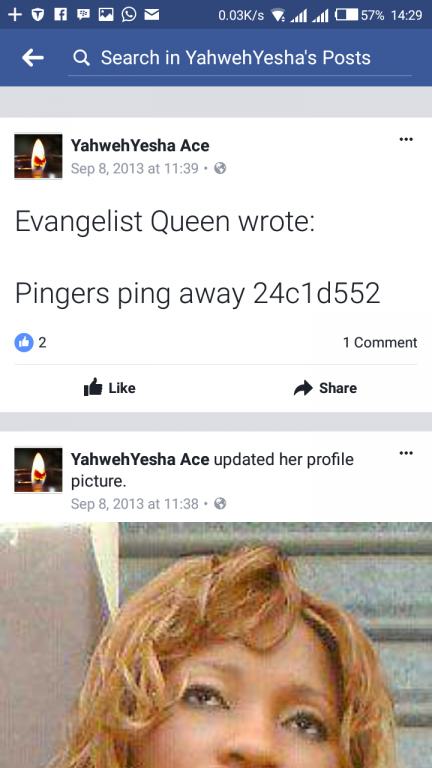 If the owner of the account was sick, it didn’t reflect in her wall posts – between November and December last year she mounted a vigorous campaign for Donald Trump in the run-up to the US presidential election, mocked Mr. Suleman for his false prediction of the election’s outcome, and warned people to stay away from MMM.

In fact, on December 31, 2016, she wrote, “Naturally I am so full of sunshine that the whole darkness in the world can’t keep me gloomy or moody for at least five minutes.”

Further investigation showed that Ms. Esther’s other phone number is linked to an account that had been disabled by Facebook because she “created or posted something that violated Facebook’s Statement of Rights and Responsibilities.”

According to Facebook, acts not allowed on the medium include

It is unclear which of the rules Ms. Esther violated.

A check on Truecaller indicated Ms. Esther’s number was registered in the name of ‘Esther Ehel,’ while that of her so-called cousin’s revealed ‘Queen Owerri.’

When PREMIUM TIMES confronted Mr. Esther with its findings so far, she threatened to sue the website if those details and her photographs were made public.

She also swore never to talk to this medium again.

But she later sent a text message, saying, “I am a very busy lady. I have my image to protect as a servant of God. I can’t be embroiled in Johnson’s mess. He was wicked to me. I left the battle for Yahweh since then.”

In an e-mail sent by her uncle, he said the lady’s ailing condition is the reason she was not making public appearances.

“My niece didn’t receive any dime on her sick bed to come and blackmail apostle, but since her pleas to apostle’s father to talk his son into releasing her from his bondage, the press and the public has become her last resort,” he said, using the same e-mail address.

“Very soon we shall invite all the Christian religious bodies into this matter. This is reality, but apostle has proven arrogant and stubborn over the issue of restoring my niece.

“Now we have no option to than to begin this fight for her life this way, if he still continues to deny, we would have to take a trip to the courts for redress, for we have the evidence to prove that she was a member of his church, and her current ailment began immediately she ended their relationship, left the church and received threats to her life and success from Apostle Johnson Suleman.”