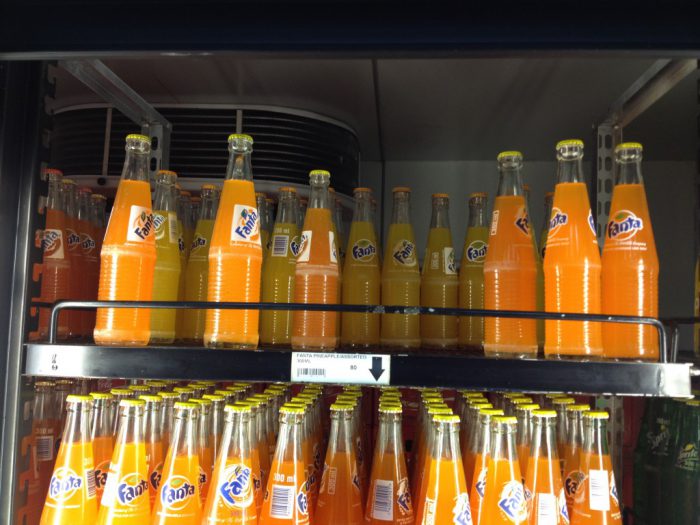 The Minister of Health, Isaac Adewole, has weighed in on the controversy surrounding the health implications of Fanta and Sprite drinks produced in Nigeria.

Mr. Adewole directed the National Agency for Food Drugs Administration and Control, NAFDAC, to collaborate with the Standard Organisation of Nigeria, SON in addressing Nigerians on the safety of Coca Cola products.

He also called for an urgent meeting with SON on Friday, saying the issue goes beyond the legal aspects of a court verdict.

“It is about morality; Nigerians can trust us to put their safety first. God bless”, he said.

The directive comes three days after a Lagos High Court ruled that NAFDAC should give the Nigeria Bottling Company, NBC, 90 days to include on all bottles of Fanta and Sprite that the content cannot be taken with Vitamin C.

The judgment was on a suit filed by a Lagos-based businessman, Emmanuel Adebo, and his company, Fijabi Adebo Holdings Limited, against NBC Plc and NAFDAC.

In his suit, Mr Adebo urged the court to declare that NBC was negligent to its consumers by bottling Fanta and Sprite with excessive levels of benzoic acid and sunset additives. He had tried to export Nigeria-produced Fanta and Sprite to the UK, where they were described as poisonous by authorities there and destroyed.

Benzoic acid is a white, crystalline powder with a faint, non-offensive odour.

Though it serves as preservative, if used excessively causes cancer and has been linked to asthma problems and increased levels of hyperactivity in children.

Benzoic acid is also used in the manufacture a wide variety of products such as perfumes, dyes, topical medications and insect repellents.

Sunset yellow is a dye that can be found in foods like orange juice, ice cream, canned fish, cheese, jellies, soft drinks and many medicines.

It can also be dangerous for human health as it causes urticaria, rhinitis, allergies, hyperactivity, abdominal pain, nausea, and vomiting in some individuals.

NAFDAC on Thursday said it has filed an appeal and a motion to stay execution of action on the judgement.

The NBC, bottlers of coca cola products in Nigeria, has also said it is appealing the judgement.

In its statement released on Wednesday, the NBC said there were different approved levels of benzoic acid between Nigeria and UK, but both were within the internationally accepted standard.