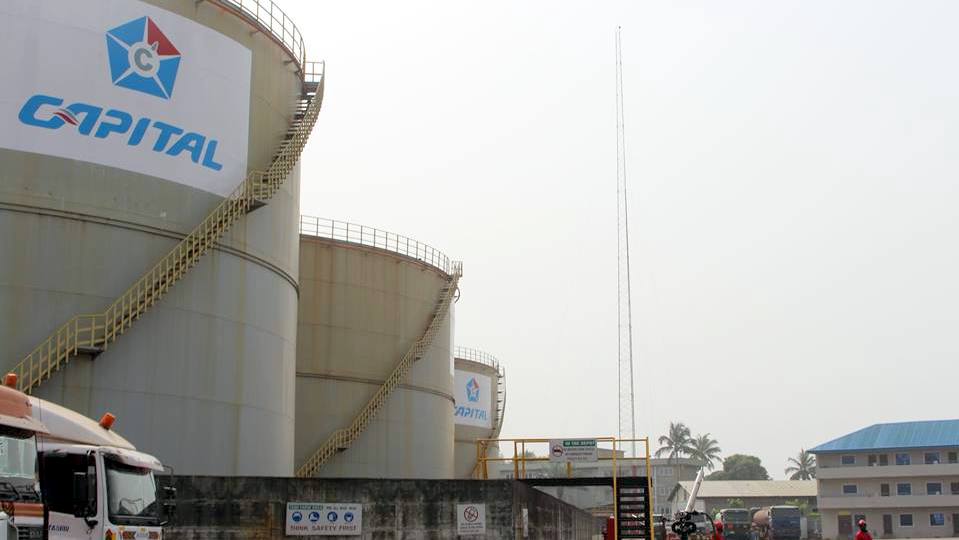 Two indigenous downstream petroleum firms are involved in a major scandal that could lead to the sack of three officials of Nigeria’s state oil firm, NNPC, PREMIUM TIMES learnt.

The scandal mainly involves Capital Oil, the firm of businessman, Ifeanyi Uba, and NNPC Retail Services, a subsidiary of the NNPC.

The scandal involves the illegal use of about 130 million litres of petrol imported by the NNPC downstream and stored in the two depots, one belonging to Capital Oil and the other MRS.

Already, an investigation committee set up by the NNPC Retail, a downstream subsidiary of the NNPC, has recommended the sack of three officials, whose actions or inactions may have led to the scandal occurring.

Sources at the NNPC told PREMIUM TIMES the scandal was revealed due to an ongoing rivalry for profit between various subsidiaries of the NNPC.

Another subsidiary, PPMC, had approached NNPC Retail sometime in January to borrow 30 million litres of petrol, a source said.

The NNPC Retail then directed the PPMC to go to MRS depot in Lagos where the NNPC had stored 40 million litres of petrol.

“By the time PPMC trucks got there, they were told by MRS officials that there was no petrol,” a source at the agency said.

“Rather than PPMC going back to the NNPC retail, they just wrote directly to the GMD (of the NNPC, Maikanti Baru) alleging a possible fraud in the NNPC retail,” another NNPC official said.

Multiple sources at the oil firm said the report by the PPMC may have been fuelled by the ongoing rivalry between the various subsidiaries of the commission.

As part of the reform of the NNPC since the Muhammadu Buhari administration came into office in May 2015, Ibe Kachikwu, the Minister of State for petroleum who was former GMD of the NNPC, has spearheaded a reform to make the various subsidiaries of the NNPC profitable in a sort of semi-autonomous way.

The reform, which has continued since Mr. Baru was appointed GMD, has led to monthly publication of the financial status of the various subsidiaries.

The NNPC retail is seen as more profitable than the PPMC. According to the last official report for December 2016, the NNPC Retail made a profit of N7.479 billion, against PPMC’s loss of N683 million.

Mr. Ikem-Obi then queried the Managing Director of the NNPC Retail, Esther Nnamdi-Ogbue, who set up an investigation committee to find out the true status of all the petrol stored by the firm in private depots.

The NNPC Retail pays N2 for each litre of petrol stored in a private depot, sources told PREMIUM TIMES. About N180 million was thus paid to Capital Oil and N80 million paid to MRS for the petrol stored.

However, to the shock of the investigators, both firms had sold all the NNPC petrol privately without seeking permission or informing NNPC Retail.

“They did not notify us in anyway,” a staff of NNPC Retail said.

According to our sources, MRS Petroleum management admitted it sold the stock in its possession, but explained it was expecting a vessel of petrol and would replace the NNPC petrol immediately its stock arrives.

“That is a standard industry practice in the downstream,” a source who works for another private oil marketer said.

“The only mistake they made was that they did not inform NNPC before selling it.”

For Capital Oil, however, not only did it sell the NNPC petrol without permission or remitting the money, it also has no immediate plans to replace the oil as it is not expecting any vessel.

“This is not the first time Capital Oil will be doing this to us,” an NNPC official told PREMIUM TIMES. “We’ll see what the management will do on this.”

A staff, who works at the Capital Oil depot in Lagos, expressed surprise that the NNPC was not in the know of the sale.

“Everybody here (at the depot) knows we’ve been selling NNPC petrol. We have not been importing but have been selling. I’m surprised they are raising issues about it now.”

The investigation committee also found that the NNPC official who monitors the petrol stock at the various Lagos depot had since January been raising red flags about Capital Oil selling the petrol, but no action was taken.

“He raised at least two memos indicating what Capital Oil was doing, but the appropriate officials in Abuja did not act,” a source at NNPC Retail said.

Three officials of the NNPC Retail in Abuja were thus found culpable of inaction and recommended for dismissal by the investigation committee.

A source knowledgeable about the investigations, however, said he believed the officials acted out of ignorance or incompetence and not fraud. He said he would have preferred the management caution the affected officials rather than sack them.

The recommendation for dismissal, PREMIUM TIMES learnt, is to be reviewed by an already established disciplinary committee which will then make final recommendations to Mrs. Nnamdi-Ogbue before the NNPC takes a final decision.

When PREMIUM TIMES called the Capital Oil chief, Ifeanyi Uba, on Monday, an aide who identified himself as Ugochukwu, picked the call.

After listening to the questions, he promised to get back to PREMIUM TIMES for an explanation. He was yet to do so as at the time of this report.

At the N145 retail price, the 90 million litres of petrol sold by Capital Oil would have fetched the NNPC at least N13 billion.

In his response to a text message on Monday, MRS Petroleum representative, Enock Kanawa, said his company’s involvement in the alleged fraud was untrue.

“The allegation is not true. They (NNPC) have no product any more with us. NNPC have loaded all their products (sic),” Mr. Kanawa said.

PREMIUM TIMES confirmed that MRS has indeed replaced the 40 million litres which has since been loaded for sale at various stations by the NNPC.

Each of the NNPC subsidiaries do not have their own spokesperson. However, Ndu Ughamadu, who speaks for the NNPC, said the management was aware of the allegations and was already doing something about it.

“Management … has already directed that it should be investigated. I am not aware of any official recommended for sack as a result of the allegation,” he said.

Mr. Ughamadu added that “The names of the oil marketing firms and the volume of petroleum products involved are part of the investigation. For now, it’s mere allegation. All the details would be known as soon as investigations are completed. It’s a total packet.”