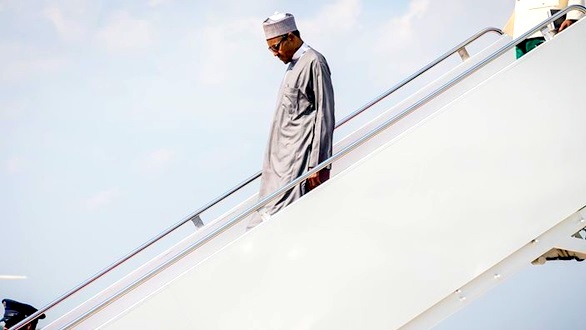 Buhari not seriously ill, not in hospital – Presidency

Despite extending his medical leave abroad, President Muhammadu Buhari “is not in any serious condition to worry about,” his media aide, Garba Shehu  told PREMIUM TIMES Sunday.

The explanation came hours after the president wrote to the National Assembly to inform lawmakers of his intention to extend his medical vacation in London.

“President Muhammadu Buhari has written to the National Assembly today, February 5, 2017, informing of his desire to extend his leave in order to complete and receive the results of a series of tests recommended by his doctors,” presidential spokesman, Femi Adesina, said in a statementon Sunday.

“The president had planned to return to Abuja this evening but was advised to complete the test cycle before returning. The notice has since been dispatched to the Senate President, and Speaker, House of Representatives.

The news sent Nigerians speculating that the president was gravely ill and may not return anytime soon.

But Mr. Shehu, while explaining today’s development to PREMIUM TIMES, said the president is not in a hospital but in his residence at the Nigerian High Commission in England.

“I just spoke to the president’s personal doctor, and he told me President Buhari is not in any serious condition to worry about,” Mr. Shehu said. “He is not in hospital. He is in the residence at the Nigerian High Commission.”

Mr. Shehu further stated that the president was ready to return home with his delegation but for the arrival of some test results which indicated he needed further tests.

“He and his delegation were ready to come home today but for the delayed test result which came in today which necessitated that he delays his return.

“There is nothing to worry about as far as his condition is concerned,” Mr. Shehu said.

Mr. Buhari departed Nigeria on January 19 on a 10-day vacation and handed over to Vice President Yemi Osinbajo.

The latest is the third time he would embark on vacation since assuming office two years ago.

The president’s absence has continued to fuel speculations that his health had recently deteriorated.

The Minister of Information and Culture, Lai Mohammed, recently issued a statement to counter rumours of his death.

Mr. Mohammed also on Sunday debunked reports that he said Mr. Buhari could not return to Nigeria because of a faulty aircraft.

In a statement signed by his media aide, Segun Adeyemi, the minister blamed “purveyors of fake news” for the reports and urged Nigerians to disregard it in its entirety.

“Our attention has been drawn to a report quoting the Minister of Information and Culture, Alhaji Lai Mohammed, as saying the President’s return to Nigeria may be hampered by a faulty aircraft.

“The Minister has not spoken to anyone on the issue of the President’s return, hence this report is another from the stable of the purveyors of fake news and should be disregarded,” the statement said.