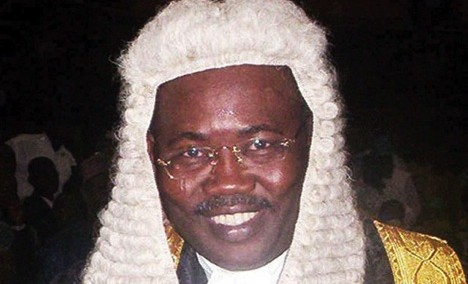 Bello Adoke, Nigeria’s former Attorney-General and Minister of Justice, was cautioned beforehand not to authorise the $1.1 billion deal for the lucrative OPL 245 oil block because such transaction would be inimical to Nigeria’s interest, court documents show.

An affidavit submitted to Abuja Division of the Federal High Court by the Economic and Financial Crimes Commission said Mr. Adoke sought the approval of the Department of Petroleum Resources in February 2011 for the transfer of the disputed oil block from Malabu Oil and Gas Limited to Shell Nigeria and Agi-Eni.

But the DPR responded in a letter with number PILD/880.T on April 1, 2011, that Mr. Adoke should not pursue the transaction because it would be “highly prejudicial to the interest of the Federal Government of Nigeria.”

But Mr. Adoke, nonetheless, proceeded with the controversial deal and ultimately approved the award of OPL 245 licence to Shell Nigeria and Agip-Eni using Nigeria as the middleman for the transaction.

Ibrahim Ahmed, an EFCC prosecutor, deposed to the affidavit on January 11, 2017, in Abuja.

Mr. Adoke could not be reached for comments. PREMIUM TIMES reached out to some of his aides when he served as AGF, including Ambrose Momoh, his spokesman for many years, but they all said they no longer have his contact or know anyone who does.

Razak Atunwa, Chairman of House of Representatives Committee on Judiciary who has been investigating his ties to the Malabu scandal, said the only letter Mr. Adoke sent to his committee did not carry a return address.

The revelation is coming at the time the Nigerian government has received court approval to temporarily repossess the OPL 245 block following several years of controversies.

The block, considered the richest in Africa, is estimated to contain over 9 billion barrels of crude and even larger volume of gas reserves. 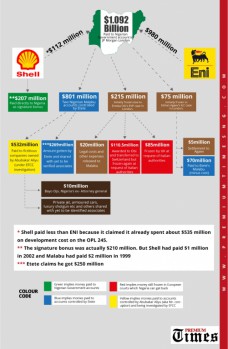 For the ensuing 12 years, the oil block changed hands between Malabu, oil giant Shell and the Nigerian government as all parties schemed for its ownership.

That disagreement started in 2001 when the Nigeria government first cancelled the award of the block to Malabu and gave it to Shell. The government later revoked the allocation from Shell.

In 2010, President Goodluck Jonathan appeared to resolve the controversy when he directed that the block be given to Malabu.

Having done several technical works on the block and realising how rich it was, Shell would not let go and was willing to play ball. Along with Italian oil giant Eni, the Anglo-Dutch firm paid $1.097 billion into a Nigerian government account in 2011 for the block.

Over 70 per cent of the payment ($801 million) was controversially transferred to Dan Etete, the man who as petroleum minister in 1998 first awarded the block to Malabu.

Mr. Etete later transferred more than half of this sum into accounts of phoney companies controlled by Aliyu Abubakar, a man believed to have acted as a front for politically exposed persons including Mr. Jonathan and his attorney general, Mr. Adoke, as well as Shell and Eni staff.

The way the money paid by the oil giants was laundered would later lead to investigations in at least five countries culminating in various corruption charges.

In asking the Federal High Court to order that the oil block revert to the federal government, the anti-graft EFCC narrated its investigations.

An EFCC operative, Ibrahim Ahmed, told the court in an affidavit that the agency commenced investigations in 2012 after it received a petition “from shareholders of Malabu Oil and Gas alleging conspiracy to commit fraud, forgery of board resolutions to alter share structure of the company.”

PREMIUM TIMES had reported how at inception, Malabu was owned by Mohammed Sani (son of late dictator Sani Abacha, 50 per cent), Kwekwu Amafegha (fictional character created by Mr. Etete, 30 per cent) and Hassan Hindu (wife to Nigeria’s then Ambassador to the U.S., Hassan Adamu, 20 per cent).

EFCC investigations would later confirm this to be true.

Mr. Etete, who owned 30 per cent of Malabu at inception connived with a self-appointed company secretary, Rasky Gbinigie, to falsify board resolutions in order to take control of the oil block. It was his claim of sole ownership that led him into negotiating deals on behalf of the company leading to the $1.1 billion paid by Shell and Eni.

However, the fraudulent manipulation of Malabu share holdings was not the only reason for the EFCC’s demand before the high court; from inception, Malabu was a fraud, the EFCC found.

Messrs. Abacha, Etete and Adamu “were barred by extant laws from engaging in any form of business by virtue of their office,” the EFCC operative told the court.

“They (Messrs. Abacha Etete and Adamu) used their positions to confer unfair advantage on themselves and cronies in allocating OPL 245 to themselves without due process.”

Therefore, according to the EFCC, not only were Malabu shares fraudulently manipulated by Mr. Etete, Malabu itself illegally obtained the oil block from the Nigerian government.

OPL 245 was awarded to Malabu “against all known Government regulations” and “before a formal application was submitted by the company,” the EFCC found.

The Department of Petroleum Resources, DPR, to whom the court returned the bloc on Thursday, had also said that due process was not followed in 1998 when Malabu was awarded the oil block.

The EFCC operative also told the court that investigations showed that Shell had always known of Malabu’s fraudulent past even before the 2011 deal.

After it was awarded the block, Malabu knew it had no technical expertise. Mr. Etete, therefore, approached Shell as a partner.

Shell knew that the allocation of the oil bloc was fraudulent and “the procedure adopted by the owners of Malabu Oil and Gas Ltd was fraught with fraud but went ahead to consummate the transaction,” the anti-corruption commission found.

The EFCC operative also said investigations showed that the $1.1 billion paid by Shell and Eni in 2011″was bribe to Dan Etete and his cronies.”

The commission confirmed PREMIUM TIMES earlier reports that it cooperated with security officials from Italy, Netherlands, U.S., UK and Switzerland in its investigations.

In its ex-parte originating summons, the EFCC sought for an interim order that OPL 245 be managed by the DPR “on behalf of the Federal Government of Nigeria pending conclusion of investigation and prosecution” of officials of Shell, Eni, Malabu and others who partook in the deal. 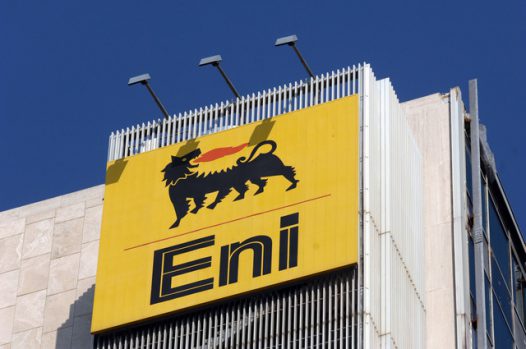 The EFCC had in December filed money laundering and fraud charges against ex-attorney general Adoke, Mr. Etete and Mr. Abubakar. Charges are, however, yet to be filed in Nigeria against Shell and Eni.

Sources in the oil industry have also told PREMIUM TIMES that there is no activity currently on OPL 245 due to the various investigations.

On Thursday, Justice John Tsoho granted the order sought by the EFCC, thus effectively handing over OPL 245 back to the Nigerian government.