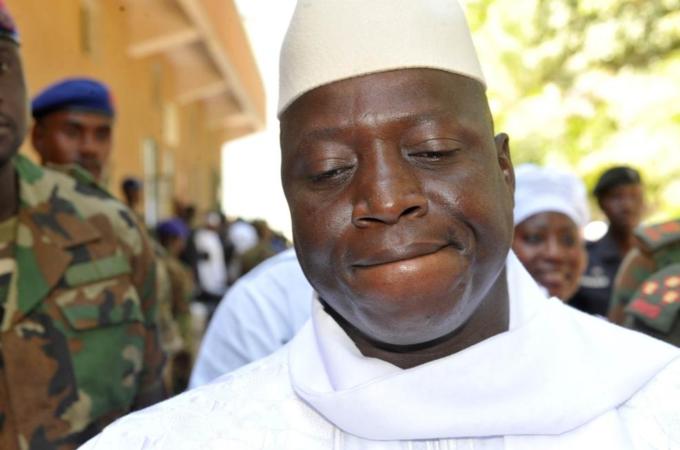 A France24 journalist in The Gambia, Nicolas Germain, tweeted at 5.56PM, almost two hours after the expiration of the third deadline, quoted The Gambian officials as saying Mr. Jammeh was writing a statement “where he accepts defeat.” 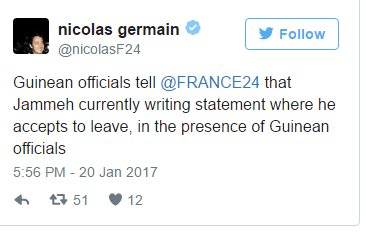 For hours, Mr. Jammeh has been in talks with Mauritanian and Guinean leaders, persuading him to step down to avert being forced out by ECOWAS troops already in his country’s territory.

ECOWAS is backed by the United Nations to enforce respect for the December 1 election in which Mr. Barrow was returned winner.

Mr. Barrow was sworn-in at the embassy of The Gambia in Senegal.

How Nigerians reacted to arrests of PREMIUM TIMES journalists