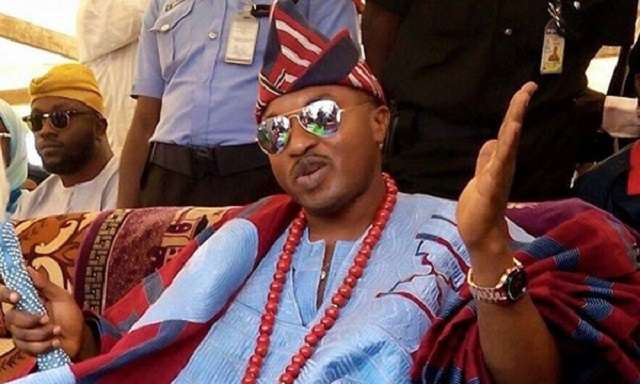 The Oluwo of Iwo, Abdulrasheed Akanbi, has again refused to honour the order of an Osogbo Magistrate Court, demanding his appearance to defend himself against allegations of fraud.

The allegations were brought against him by the Oluwo-Oke of Iwo- Oke, Kadiri Adeoye.

An arrest warrant issued on Tuesday ordering the Commissioner of Police of Osun State, Fimihan Adeoye, to arrest the monarch and present him in court on Friday, December 30, was brought to no effect as Mr. Akanbi was not in court when the case was called for mention.

The Chief Magistrate,  Olusola Aluko, whose orders had not been carried out, had no choice but to give another chance to Mr. Adeoye to arrest the monarch and make him available in court at the next adjourned date, January 6, 2017.

Mr. Aluko gave what he described as the last order to the Commissioner of Police to produce the monarch in court.

He said the counsel did not state that the first respondent, Mr. Akanbi, would not appear in court as ordered by the magistrate.

The magistrate, who was very furious when he learnt that the monarch refused to comply with his order to appear in court, stated that the claim of the commissioner of police that he was not aware of the court order “is a joke of the century.”

“I am baffled that the CP is claiming ignorance of the court order,” he said angrily. “It must be a joke of the century. I am not joking with my order. My order remains my order.”

He insisted that he would deal with the threat by the monarch to issue ‘traditional arrest warrant’ against the magistrate before he would hear the substantive case against Mr. Akanbi

The Oluwo-Oke of Iwo-Oke, Mr. Adeoye, had instituted a case forgery against Mr. Akanbi, alleging that the monarch was involved in internet fraud among other allegations.

The monarch’s earlier refusal to appear in court resulted in the December 20 bench warrant by the court which he shunned, threatening the magistrate with a traditional warrant of arrest.

The magistrate court reissued another order on December 27 that the Commissioner of Police arrest the monarch and detain him until the next adjourned date, December 30.

None of the orders was carried out.

When PREMIUM TIMES contacted the police commissioner last week, he said he would reach the command’s legal department to see if the court order had been received.

The magistrate is, however, considering the threat of the Oluwo as a major issue to be addressed, saying he made photocopies of the newspapers where the monarch issued the threats as evidence.

“I personally read and watched it on Channels Television on Friday 23rd of December 2016. Then on Monday 26th December 2016, Punch newspaper published it at page 12 a story caption: I’ll not appear before Osun magistrate,” Mr. Aluko said.

“The story was also promoted on the front page of the paper; in the body of the story the first respondent was quoted that ‘It is a shame on judiciary to have such magistrate sitting.’

“I have the print out of the statement base on channels television and newspaper publication.

“It is no doubt that the statement is contemptuous in nature and they are meant to embarrass and humiliate this court under the law. It is contempt espacal which attracts punitive action and this court has a duty to protect itself from assault and preserve the sanctity of judiciary and due process.

“Therefore the case which brought the parties before me is hereby step-down until this issue of contempt is cleared.

“When the first defendant failed to appear in this court; the court in exercising his power as provided by law issues bench warrant to compel the first respondent Oba Abdulrasheed Adewale Akanbi to appear before this court.

“By implication he should be arrested and kept in prison till next adjourn date of sitting for his failure to appear as ordered by the court.”

When PREMIUM TIMES reached the Oluwo for his reaction, he said, “Go and meet my lawyer.”

The police commissioner could not be reached on Friday.  Although he picked a call to his phone, poor network meant communication was not possible. He is, however, yet to respond to a text message on whether the new directive would be honoured.