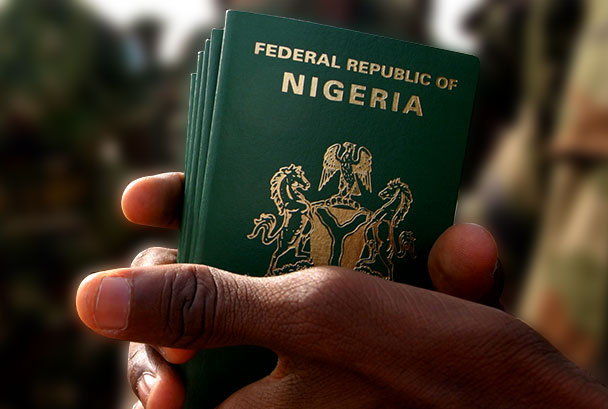 The lingering foreign exchange crisis is responsible for the difficulties being experienced by citizens who are trying to obtain international passports in Nigeria, the country’s head of immigration said on Saturday.

Muhammad Babandede, the Comptroller-General of Nigerian Immigration Service, told journalists in his office that the Buhari administration is aware of the challenges and making efforts to resolve them.

Mr. Babandede, who was appointed in May 2016, said the crisis started when contractors were left with huge differentials as the major world currencies suddenly appreciated against the naira, making it difficult for previously awarded contracts to be executed.

“The main causes came from the contracts awarded by the previous government,” Mr. Babandede said. “Companies that supplied the booklets were paid in line with the exchange rates at the time.”

“You know the exchange rate has changed. But even if you produce the passports in Nigeria, most of the components to produce them will be brought in — the chips, the security papers and others.”

The Immigration chief said he’d since informed President Muhammadu Buhari of the crisis and a solution is currently being worked out.

“It is a challenge,” he said. “But we’re talking with the president and we will address the matter.”

Mr. Babandede played down the possibility of a hike in passport prices for now, saying the government will work to resolve the problem without making life more difficult for Nigerians.

“Something has to be done.”

Within the past one month, Nigerians have taken to the public with complaints about the difficulties they faced while trying to acquire a passport or make renewals.

Passport offices in Lagos, Abeokuta, Ibadan and other parts of the country are currently experiencing scarcity of booklets.

While Nigerians only began experiencing the scarcity at home in recent weeks, their compatriots in foreign countries have been grappling with the crisis for several months.

Mr. Babandede said touts and racketeers are making a kill amid the booklet scarcity.

“People are struggling and it had added to corruption and bribery,” he said.