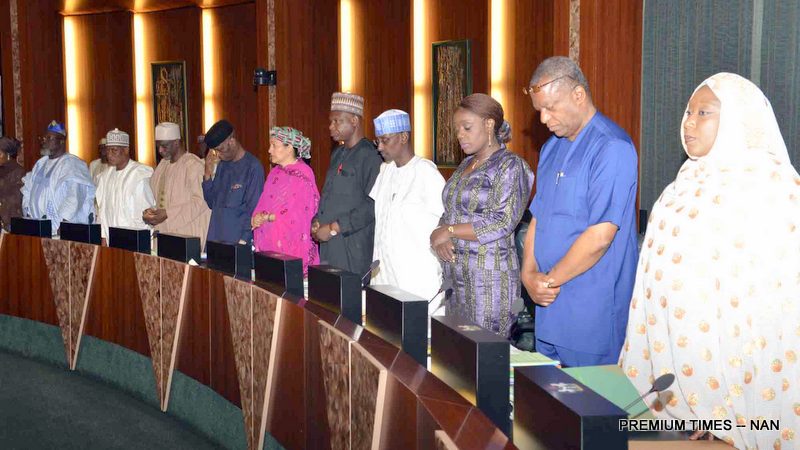 ANALYSIS: Performance of Buhari’s ministers after one year in office (Part 2)

In this second part, Festus Owete continues the review of the performance of Nigeria’s ministers, a year after they were appointed.

The first part reviewed the performance of handlers of five ministries.

The ministers were appointed by President Muhammadu Buhari on November 11, 2015.

Promises: To complete all rail projects, including the Lagos-Ibadan, Port Harcourt-Calabar, Abuja-Kaduna, Lagos-Kano, Lagos-Calabar, Warri-Ajaokuta-Obaro-Abuja Rail projects and extend rail lines to all parts of the country.

-To encourage dry ports. To implement contingency plans for many of the country’s airports beginning with those of Lagos, Abuja, Port Harcourt and Kano. To concession the airports to improve safety and capacity.

-Completed the $1.457 billion Abuja-Kaduna Rail line conceived by the Olusegun Obasanjo administration with tracks were laid by the Goodluck Jonathan administration.

-Near completion of the international terminal at the Akanu Ibiam International Airport, Enugu began by the Jonathan administration.

– Nigeria, as a member of the International Martime Organisation (IMO) submitted herself to the IMO’s voluntary audit.

-Initiated moves for establishment of a new national shipping line through a Public Private Partnership arrangement.

-Establishment of inland ports. Inaugurated the Bakassi Deep Sea Port steering and delivery committee. Plans for the construction of Deep Sea Ports in Lekki and Badagry have begun following FEC’s approval of the projects.

-The transport sector still contributes a meagre 1.41 per cent to the Gross National Product.

-Scrapping of the Maritime University project on the ground that the previous administration paid too much to acquire a land for the institution.

-The nation’s airports are still in pitiable condition, a situation admitted by the minister of state recently. The decrepit facilities at most of the airports affect the low passenger traffic.

-Presented a roadmap for radical change in the education sector between 2016 and 2019.

-Commenced process for the abolition of dichotomy between the Higher National Diploma (HND) and university degree.

-Modification of the United Tertiary Matriculation Examination (UTME) for candidates seeking admission into the higher institutions of learning.

-Nigeria’s literacy level has not reduced. The nation currently has 65 million illiterates, according to UNESCO.

-Funding of education: Only eight per cent was allocated to the education sector in 2016 against the stipulated 26 per cent proposed by the UNESCO.

-About 11 million school age Nigerian children are out of school, making the country the highest in the world.

-There is still proliferation of unregulated private schools.

–Decline in teaching profession. Over 40 per cent of Nigerian teachers are not qualified as they do not possess the prescribed minimum qualifications (NCE) for teaching.

-Unabated decline in quality of education. 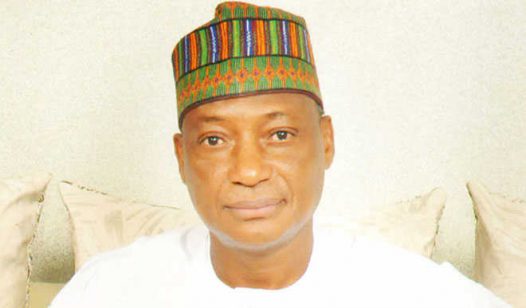 Promises: Better welfare for both civilian staff and military officers; accountability and due process in procurement process in the ministry; degrade terrorism by December of 2015; and quelling the activities of oil thieves, pipeline vandals and other social vices.

-Significant degradation of terrorist activities in the north-east in line with the marching order by President Muhammadu Buhari to end terrorism by December 2015.

-Release of 21 of the over 200 Chibok schoolgirls kidnapped by Boko Haram.

-Commuting of the death sentence passed on 66 soldiers to 10 years imprisonment. The soldiers were court martialed for mutiny and trying to kill their commanding officer in the war on Boko Haram. The Army Council also ordered the release of Brigadier General Enitan Ransome-Kuti who was tried by a special court martial for cowardice while serving as Commander of a Joint Multinational Task Force in Baga, Borno State. He was also demoted to the rank of colonel.

-Compulsory retirement of about 41 army officers for their alleged involvement in the $2.1 billion arms procurement deal and “unprofessional” conduct during the 2015 elections. All the affected officers were in the ranks of major general, brigadier general, colonel, lieutenant colonel and major. Some of them said they were not given fair hearing.

-Pockets of bombing by the Boko Haram insurgents still occur despite the significant degradation of the Boko Haram insurgents. In October alone, scores of traders and travellers were killed when the insurgents bombed the Mun Garage in Maiduguri. Also, about nine persons were killed when bombs went off along Maiduguri-Damboa Road close to the IDPs Camp. Scores of soldiers have also been killed while about 83 troops are still missing.

-Allegations of extra-judicial killings by the military continue. There were reports of soldiers killing unarmed pro-Biafra protesters, members of the Shiite Islamic Movement of Nigeria and civilians in Niger Delta region.

-Controversial handling of the allegation against the Chief of Army Staff, Tukur Buratai, who owns property in Dubai. Rather than investigating the matter as demanded by Nigerians, Mr. Dan-Ali said the allegation was calculated to distract the military from its war against insurgency.

-Dismissal of senior army officials without following due process allegedly for vendetta.

-Inability to contain the activities of Niger Delta militant blowing up oil pipelines. Apart from affecting the crude oil production leading to loss of revenue, Nigeria lost a colossal 3000 MW of electricity between April and September to consistent vandalisation and sabotage of the pipelines and assets.

– Majority of the kidnapped Chibok girls yet to be released.

-Launched Rapid Result Initiative programme tagged “Better Health for all” to produce quick and visible impact in the lives of Nigerians, especially the vulnerable and the poor.

-Commenced the establishment of 10,000 primary health centres in the nation’s 109 senatorial districts and set up a 19-member committee to eradicate the disease. Released N420 million to each of the 36 states and Abuja to revitalize primary health care centres.

-Moved to establish the National Health Policy which will give up to 100 million Nigerians access to basic and affordable health care services.

-Fresh outbreak of Lassa fever. Over 80 cases identified since mid-November 2015.

-Two fresh cases of Wild Polio Virus diagnosed barely two years after Nigeria was declared polio-free. This came as the country was billed to be declared polio free in 2017.

-No cancer machine is currently working in Nigeria

Promises: “I promise to make hard work my watchword as a Minister of Finance. I will do my best to bring innovations into the system to improve the economy and do my best in line with the vision of Mr. President to bring a new lease of life to our people without leaving any stone unturned.”

-Successfully implemented the Treasury Single Accounts conceived by the Jonathan administration. Between June 2015 and April 2016, TSA saved the economy some N3 trillion.

— Sets up efficiency unit in the Federal Ministry of Finance to set guidelines and standards to benchmark government expenditure for efficiency and reduction in costs and overheads;

— Saves about N12 billion annually through introduction of price guidelines and shared services policy among MDAs by the Efficiency Unit to increase transparency in the procurement process.

-Early release of capital votes to ministries, departments and agencies of the federal government.

-Untidy 2016 budget process leading to squabbles between the executive and legislature.

-Nigeria proposing to borrow a whopping $29.960 billion in the next three years to fund infrastructure. It will be the biggest borrowing by the country.

Naira strengthens amidst crackdown on BDCs