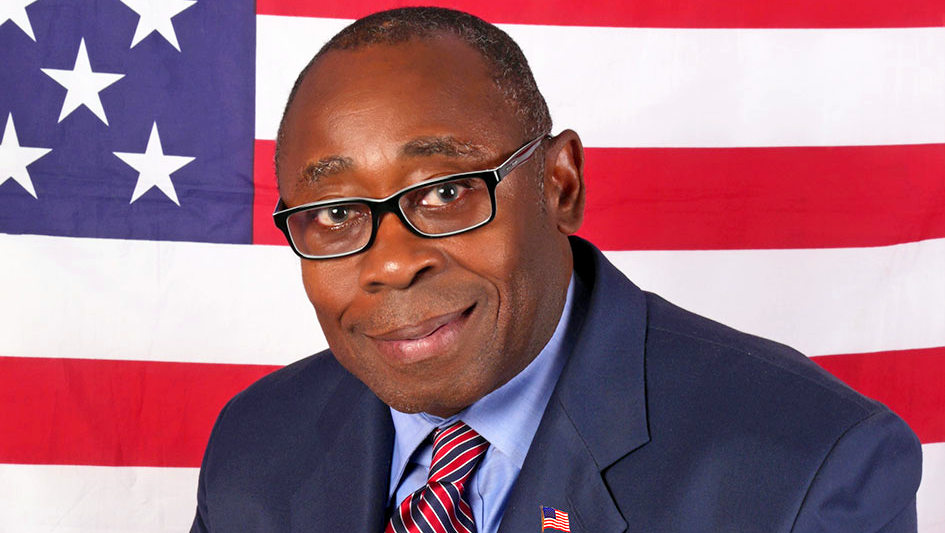 Americans in Franklin, New Jersey, will vote for Charles Ejike Onyejiaka, a fellow citizen and a transplant from Imo State, Nigeria, as the U.S. general election unfolds today.

Mr. Onyejiaka, a democrat, is the incumbent in a two-way race for Ward 3 Councilman seat in Franklin. He was one of three men presented to Franklin Town Council as fill-in candidates for the unexpired term of Phil Kramer, former Ward 3 Councilman, who became Mayor of Franklin last January.

Mr. Onyejiaka beat Alex Kharazi and Azim Uddin, also democrats and immigrants, to succeed Kramer. Today, he is contesting against Beverly Briggs-Lawson, a Republican, in the general election.

Mr. Onyejiaka is one of four Americans of Nigerian descent whose names are on ballots in grassroots elections at township and county levels this year. The others are George Chidi, Rasheed ‘BJ’ Dawodu and April Ademiluyi. All four are product of currents of civic engagement by hundreds of immigrants and first generation Americans who maintain their ties to Nigeria even as they live relatively comfortable lives in the United States.

The organization originated from the exertion of an intense, voluntary, electioneering campaign by some Nigerian-Americans on behalf of a Democratic candidate in California’s 36th District during the 2011 special election.
Spurred by the impact of their collective energy, the volunteers decided to create a permanent front which, with an eye on the 2012 general election, was organized as a political action committee named Nigerian-American Political Action Committee or NAPAC.

NAPAC and NAPAC-USA are legally registered entities now, the former as a 501 (c) 3 public welfare foundation and the latter as a 501 (c) 4 non-partisan membership advocacy group. NAPAC Foundation exists for the sole purpose of fostering and carrying “out the vision and objectives of NAPAC-USA and its state PACs”. Under American law, a PAC or political action committee can raise and spend unlimited amount of money on behalf of a political candidate or to support an issue.

NAPAC Foundation is yet to accumulate the billion dollar war chest some super PACs are famous for, but it did raise $50,000 for the Obama re-election Campaign because of what the group describe as “our excitement that someone with African roots had the historic opportunity to seek and was actually elected to the highest office of the land”.

Its campaign contribution in this election circle has not been disclosed but there is cause to believe that NAPAC has become the veritable gathering place for Nigerian-American activists across the United States, be they aspirants for political office or community advocates.

Of the four Americans of Nigerian descent running for office this year, only Onyejiaka seems to have no contact with the organization. Chidi and Dawodu attended NAPAC Convention in Atlanta, Georgia, this past September where they mingled with professionals, entrepreneurs and activists from as many as ten states and from cities as far as Los Angeles, New York, Detroit and Baltimore. They had the honor of being the only nominees for electoral positions this year but not the distinction of being the only break-out politicians at the convention.

Also present was Tinuade Pena, a first generation American who spent part of her formative years in Lagos. An engineer and business owner, Ms. Pena is also a U.S. Army sergeant and long-time resident of Florida’s Royal Palm Beach. She was a Democratic candidate for District 86 of the Florida House of Representatives this year but lost to a fellow veteran during the primary election in August.

George Chidi is also a veteran and, the son of George Njoku Chidi, a native of Umuoye in Imo State. The younger George is running for a seat on the Board of Commissioners in DeKalb County, Georgia. His story reads almost like that of Barack Obama. His dad arrived Massachusetts in 1970 on a student visa, met his mum who is a Caucasian of Polish descent.

They got married and, unlike Obama’s dad, the older George stayed in the United States. George junior was an active duty soldier in the 25th Infantry Division of the U.S. Army for five years and, he has been a journalist and civic leader for twenty years.

Of the four Nigerian-Americans running for office, he seems to have the deepest connection to his constituents and the widest name recognition among Americans and Nigerian-Americans alike. He defeated eight other aspirants to become the Democratic nominee for this general election which he is strongly favored to win. He is very supportive of the Nigerian immigrant community, he is a known face at their social events and an active promoter of worthy causes, including the candidacy of Rasheed Bolaji (or ‘BJ’) Dawodu.

Mr. Dawodu, a Democrat, is running against Republican Kristie King for the position of Tax Commissioner in Fayette County, Georgia. A small business owner and seasoned financial management professional, Dawodu relocated to the United States from his native Lagos (Isale Eko) more than 20 years ago. He worked extensively in the public sector before going into private practice, his bid for office of the Tax Commissioner is actively supported by Fayette Chamber of Commerce and his immigrant constituency.

April Ademiluyi is the only female American of Nigerian descent contesting in the general election and she is contesting for a judicial not administrative position. She is a candidate for the Seventh Circuit Court in Prince George’s County, Maryland. April is a first generation American with roots in the Ademiluyi royal family in Ife.

Election into Circuit Courts is non-partisan, candidates participate in as many party primaries as they choose but they have to win at least one primary to get on the ballot. Ms. Ademiluyi won the Libertarian Party primary.

Prince George’s county is reputed to be home to some of the richest Nigerians in the United States, there have been some local fund raising gatherings to support April’s candidacy. She also got a boost from NAPAC president, Mr. Segun Adeyina who came from Georgia to campaign for her.

Township and county level elections usually do not attract polling agencies so it is not easy to track the progress of these candidates. One thing that can be said for all of them is, if elected, their constituencies will get top-tier professionals and more in each of them.

Charles Onyejiaka has a degree in Electronics Engineering from Thomas Edison State University, he is also something of a veteran public servant with experience dating back to Nigeria’s Second Republic.

Born in Nkwerre, Mr. Onyejiaka grew up in a family of public servants whose record of civic engagement reached its zenith during Nigeria’s Second Republic when Sam Mbakwe was governor of Imo State. His uncle served as a commissioner while an aunt worked as special assistant in the governor’s office. Charles has followed the footsteps of his Nigerian family in his new country.

In 2015, he mobilized voter turn-out in numbers that proved good enough to give Democrats their first mayoral victory in Franklin Township. He is prominent member of the local Catholic community and has served on the Township Planning Board.

George Chidi has a bachelor degree in Journalism, MBA from Georgia Tech and was chief executive officer of a firm that markets competitive intelligence for corporate clients.

Rasheed Dawodu has degrees in accounting, law, public finance and is a certified fraud examiner. He has worked for Fortune 500 firms including General Electric and Georgia Pacific.

April Ademiluyi has a first degree was in Chemical Engineering, law degree from an Ivy League university and has been recognized by Congressional leaders for working with families facing foreclosure.