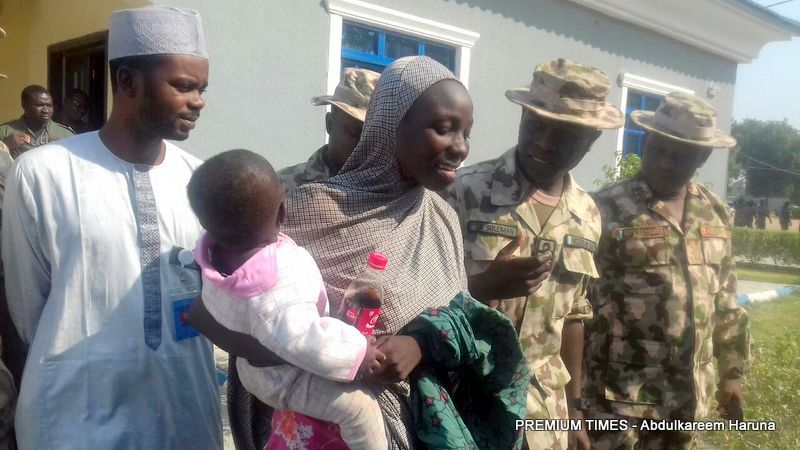 The Nigerian Army has handed over Maryam Ali Maiyanga, the rescued Chibok schoolgirl to officials of the Borno State government.

The commander of the Lafiya Dole counterinsurgency operation in Borno State, Lucky Irabor, a Major General, led a team of military officials to the government where the girl and her 10-month-old son were handed over the government officials.

The state Attorney General and Commissioner for Justice received the girl on behalf of the state governor, Kashim Shettima, who had travelled out of the state for an official function in Abuja.

The Attorney General expressed the appreciation of Governor Shettima, whom he said had sent in commendation to the military for doing the the country, the state and the people of Chibok proud.

He added that due to the lack of flights in and out of Maiduguri on Saturdays, the girl would remained in the custody of the state government, pending the next available flight to Abuja.

Pastor, 4 others kidnapped in Ekiti