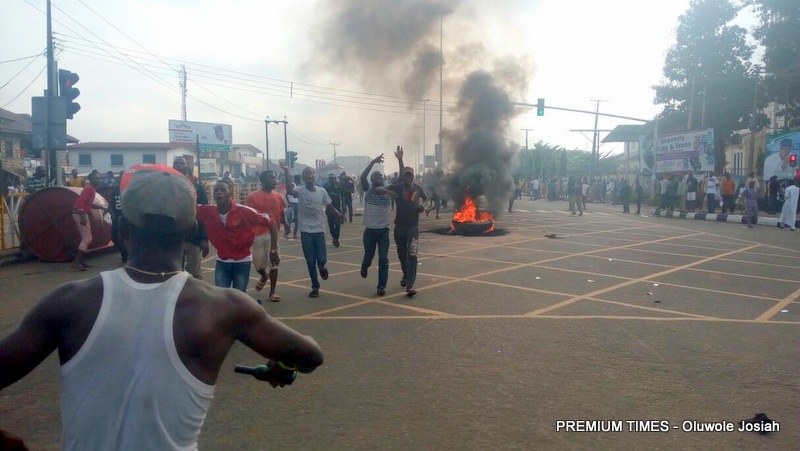 Akure, the Ondo State capital is presently locked down following protest by supporters of the Ahmed Makarfi-led faction of the Peoples Democratic Party following the naming of businessman, Jimoh Ibrahim, as the party’s candidate in the coming governorship election.

Streets have been blocked by protesters, and bonfires set up in major highways of Akure.

The traffic situation has accordingly worsened, as vehicles and taxis seek alternative routes to their destinations.

The police are on hand to handle the situation, but the protesters are too many for them at the moment.

PREMIUM TIMES understands that similar protests are holding on in Ondo City and Ore.