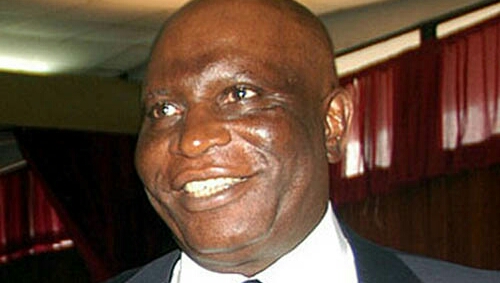 Last week, President Muhammadu Buhari submitted 46 names to the Senate for confirmation as ambassadors. Festus Owete presents the profiles of some of nominees.

Olurunimbe Mamora (Lagos): Mamora, 63, is a trained medical doctor and graduate of Obafemi Awolowo University. He was the Speaker of the Lagos State House of Assembly between 1999 and 2003. During the period, he chaired the Conference of the Speakers of the State Houses of Assembly. In 2003, he won election to the Senate to represent Lagos East Senatorial District where he was to spend the next eight years. In the upper legislative chamber, Mr. Mamora, then a member of the Alliance for Democracy, was appointed into the committees on petroleum resources (upstream), selection, health, federal character and inter-governmental affairs. He also chaired the Ad-hoc committee that investigated the allegation by the then FCT minister, Nasir El-Rufai that the Deputy Senate President, Ibrahim Mantu, and the Deputy Senate Leader, Jonathan Zwingina, demanded a bribe of N54 million to clear him (El-Rufai) in the ministerial screening in July 2003. The new ambassadorial nominee, a political ally of former Lagos governor, was a member of the Buhari Presidential Campaign Organisation where he served as the deputy director (operations).

Pauline Tallen: Mrs. Tallen hails from Plateau State. She was minister of state for science and technology in the first term of former President Olusegun Obasanjo between 1999 and 2003. She later became the deputy governor of Plateau State under former Governor Jonah Jang. She however fell out with Mr. Jang shortly before the 2011 election. She left the PDP for the Labour Party where she picked up the ticket to contest the governorship election against her former boss but lost. Mrs. Tallen returned to the PDP but left the party again for the APC in January 2015. She is a close friend of the wife of the president, Aisha Buhari, and often represents her at events

Musa Ibeto (Niger): Mr. Ibeto was the deputy governor of Niger State until last year. He caused a stir in 2014 when left the PDP, on whose platform he and former Governor Babangida Aliyu came to power, for the APC. He had complained of mistreatment during the PDP governorship primary election which he claimed was skewed in favour of Umar Nasko. He was barred from the state executive council meetings as a punishment for defecting to the APC. He was reportedly ejected from the Government House in Minna. Mr. Ibeto was one of the ministerial nominees last year but was later dropped by the president before the screening commenced in the senate.

George Oguntade (Lagos): Mr. Oguntade, 76, retired as a Supreme Court justice in March 2010. He is arguably the first retired justice of the apex court to be appointed ambassador. He attended Holborn College of Law between 1961 and 1964 and the Nigerian Law School, Lagos in 1965. He was called to the Nigerian Bar in January 1966. His appointment could be seen as a payback by President Muhammadu Buhari. In 2007, Mr. Oguntade delivered a dissenting judgement on the appeal filed by Mr. Buhari, who was the ANPP presidential candidate in the 2007 election, against late President Umaru Yar’Adua of the PDP. The justice, in his minority ruling, annulled the election and ordered a re-run.   He was to comment on the judgement in a media interview thus:

“When I spoke out in the Yar’Adua vs. Buhari’s case, some of my colleagues joined me. So, it is not a question of somebody singled out to write dissenting judgment. That was most unfair.

“I know that was the feeling of some people outside. A friend of mine once mentioned that. How can one do that by burning manymidnight candle? Before I could write my judgments in Yar’Adua and Buhari, Atiku’s case, it took me more than one month writing and comparing many laws in this country, looking at the Africa, the Commonwealth and several other laws. I would not be doing that if all I want to do was to write a dissenting judgment.

“Of what benefit will that be, especially for a man like me approaching retirement. I have my name to protect for history, because these judgments will live after us. The judgments we write show the state of our laws. If you go to America, Britain etc, you find dissenting judgments. So to say the one in Nigeria is camouflage is very unfair.”

Yusuf Tuggar (Bauchi): Mr. Tuggar, 49, is the son of Second Republic senator, Abubakar Tuggar. He was a member of the House of Representatives representing Gamawa federal constituency on the platform of the defunct ANPP. He later contested the governorship election in his native Bauchi State in 2011 on the ticket of the defunct Congress for Progressive Change, a party formed by Mr. Buhari and his allies. He also showed interest in the governorship race in 2015.

Usman Bugaje (Katsina): He is a Pharmacy graduate from the Ahmadu Bello University, Zaria. In 1999, he was appointed special adviser on political affairs in the presidency and was assigned to the office of the vice president. In 2003, Mr. Bugaje, 65, later won election into the House of Representatives where he chaired the committee on foreign affairs. The doctorate degree holder in intellectual history was appointed the National Secretary of the Action Congress, (later ACN) the then leading opposition party in the country. An ally of former Vice President Atiku Abubakar, Mr. Bugaje showed interest in governing Katsina State in 2011.

Nurudeen Mohammed (Kwara):Mr. Mohammed who hails from the northern senatorial district of the state, was commissioner for finance in the military administration of Rasheed Shekoni. He a well-known ally of Mr. Buhari who he has followed stoically. He was a governorship aspirant on the ticket of the defunct CPC in the state in 2011. Mr. Mohammed was a member of the defunct NPN in the Second Republic during which he worked with the late Kwara strong politician, Olusola Saraki.

Jamila Ahmadu-Suka (Sokoto):She is the Registrar of Trademarks, Patents and Design.

Suleiman Hassan (Gombe): He was the Chairman of the defunct Congress for Progressive Change in Gombe State.

Godwin Umo (Akwa Ibom): He is a retired major general. While in the military, he was Commander, Army Corps of Signal.

Baba Madugu (Bauchi): Mr. Madugu is currently the information commissioner in Bauchi State. A year ago, the Election Tribunal had nullified his election into the Bauchi State House of Assembly where he was representing Sade constituency on the platform of the APC.

Enyantu Ifenne (Benue): She is a trained paediatrician with over 30 years experience in public service and development work. Mrs. Ifenne was Chairman of Okpokwu Local Government Area and Commissioner for Education in Benue State. She was also a member of the defunct National Political Reform Conference.

Stanley Diriyai (Bayelsa): He is a retired army general. He was among the political leaders of the south-south and middle belt regions who in January 2015 insisted that the only guarantee for the full implementation of the National Conference held that year was the re-election of former President Goodluck Jonathan.

Mohammed Hayatuddeen (Borno): Mr. Mohammed, a Shuwa Arab, is a financial expert. He was a member of the transition committee set up by Mr. Buhari in 2015. He is believed to be a close friend of the Chief of Staff to the President, Abba Kyari. Earlier this year, it was speculated that he was being positioned to take over from Godwin Emefiele as the CBN Governor.

Jonah Odo (Ebonyi): He is 53 years old. He was the APC candidate for the House of Representatives election in Ezza South/Ikwo federal constituency in 2015.

Deborah Iliya (Kaduna): She is a close ally of the Aisha Buhari, the president’s wife. During the presidential campaign last year, Mrs. Iliya, it was who debunked speculations that Aisha was not a Nigerian. “They have also said Aisha Buhari is not a Nigerian but Aisha said I should tell everyone that she is a Nigerian,” she said at a public presentation of a book.

Haruna Ungogo (Kano): He was a governorship aspirant on the platform of the defunct ANPP in 2007. He was secretary to the state government and former Rector of Kano Polytechnic.

Adegboyega Ogunwusi (Osun): He is the elder brother of the Ooni of Ife, Adeyeye Ogunwusi. Earlier this month, the monarch had appointed Adegboyega as the Sooko Laekun of the Source. The appointment places him as the head of Ife princes and he will serve as one of the Ooni’s closest confidantes.

Orji Ngofa (Rivers): Mr. Ngofa is the deputy national secretary of the APC. He was chairman of Eleme Local Government Area.