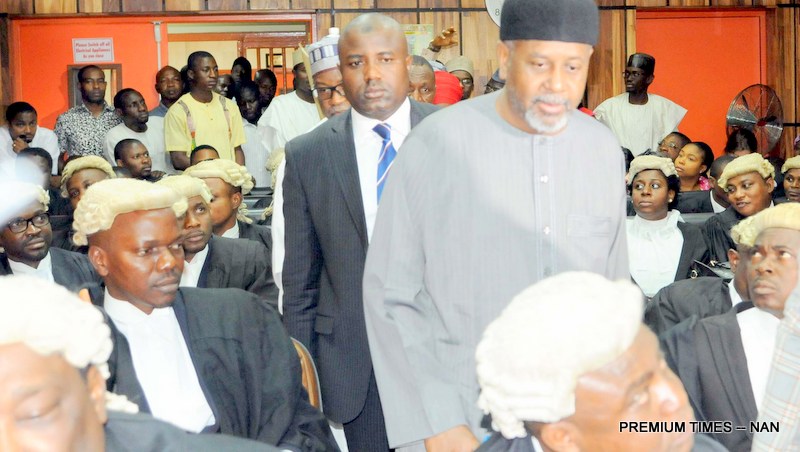 Ex-NSA Dasuki to be re-arraigned November 16

Nigeria’s immediate past National Security Adviser, Sambo Dasuki, will be re-arraigned before an Abuja division of the Federal High Court on November 16 before Justice Hussein Baba-Yusuf.

Mr. Dasuki was formally arraigned before two judges in the same court by the Economic and Financial Crimes Commission, EFCC, until his counsel, Joseph Daudu, sought the merger of the two charges. The two cases were for Mr. Dasuki’s alleged roles in a total N41 billion scam.

Mr. Daudu said the charges brought against his client in both courts were of similar content. He made a request, pursuant to sections six and thirty-six of the 1999 constitution, as well as various sections of the Administration of Criminal Justice Act, requesting the courts to consolidate the charges.

The counsel to the prosecution, Rotimi Jacobs, did not object the application. The cases were then forwarded to the Chief judge of the Court, Ishaq Bello, for consideration of the application for merger.

On Friday, the case resumed before one of the judges handling the matter, Mr. Baba-Yusuf, after hours of private deliberation by counsel and the court.

Mr. Baba-Yusuf announced the decision of the Chief Judge to bring both charges before one court, hence the continuation of the matter before his court.

The prosecution counsel, Mr. Jacobs, then informed the court that since the case had come before a single judge, the issue of merger would no longer be necessary.

He said his client was ready to carry on with both charges in the same court.

“It appears that all the lawyers are tired of the undue delay of these two cases,” the EFCC counsel said. “We agreed that the two cases go before the same judge and the CJ has transferred the case before Justice Affen to the court of Hon. Justice Baba-Yusuf, so that’s where we are.”

The November 16 re-arraignment could involve either both cases or the new one just given to Mr. Baba-Yusuf.

Mr. Dasuki was formally arraigned in one of the charges before Mr. Baba-Yusuf alongside four others, namely: Shuaibu Salisu, a former Director of Finance at the office of the NSA, Aminu Baba-Kusa, former NNPC Executive Director; and two companies, Acacia Holding Limited and Reliance Referral Hospital Limited.

He is facing multiple charges for alleged diversion of funds meant for the purchase of arms during the immediate past administration of President Goodluck Jonathan.

He is also facing trial for alleged possession of firearms.

He has remained in detention since he was last arrested in November last year despite decisions for his bail by Nigerian and ECOWAS courts.

CAR is worst country in the world for young people