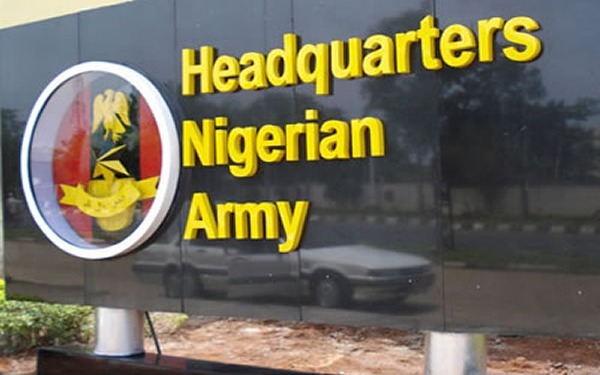 Specific reasons given for compulsory retirement of some senior officers of the Nigerian Army have been uncovered in the PREMIUM TIMES ongoing investigations of the controversial exercise.

The reasons ranged from alleged money laundering and arms procurement scam to illegal sale of military vehicle and professional misconduct in election matters, documents seen by this newspaper showed.

The Army Council compulsorily retired 38 senior officers in June. Days after the exercise, the Army spokesperson, Sani Usman, a colonel, confirmed the development, generally saying the officers were laid off on the grounds of arms procurement fraud and professional misconduct in the 2015 elections.

But investigation by this newspaper revealed most of the affected officers were sent away without query or indictment by any panel but for reasons that smacked of high-level arbitrariness, pettiness, witch-hunting and partisanship by Army authorities.

In the Army’s statement that confirmed the retirement exercise, there was no specific reason given for retiring each of the officers.

Even in the June 9 dismissal letter – seen by PREMIUM TIMES – given to the affected officers, there was no specific reason, other than reference to Paragraph 09.02c(4) of the Harmonised Terms and Conditions of Service for Officers 2012, which is “disciplinary grounds i.e. serious offence”.

But official documents filed by the Army in court and seen by this newspaper showed the actual reasons the Army gave for sending at least 22 of the officers away.

Three other Brigadier Generals, A. Onibasa (N/9072), D. Abdulsalam (N/9165) and Idam Agachi (N/8780) were respectively retired because they “engaged in acts of corruption.”

However, “money laundering” was added for Mr. Agachi.

However, contrary to the Army’s claims, -PREMIUM TIMES’ findings show that at least 15 of the 22 officers seeking redress were not indicted by any panel before they were dismissed.

Among the 15, only Brigadier General A. Saad actually appeared before a panel. Even he was, however, cleared by the arms procurement probe panel. None of the other 14 were queried or invited to appear before any panel, a contravention of Army rule.

“These charges are new to us,” one of the dismissed officers told PREMIUM TIMES.

” Nobody ever mentioned it or accused any of us, at least not me, before we were dismissed,” he added.

Two others who were neither queried nor indicted by any panel, as our investigations revealed, were not among the 22 who sought redress. Mormoni Bashir (N/8396), a former principal staff officer to ex-National Security Adviser Sambo Dasuki, and I. Lawson (N/8812), a Defense Attache in China did not appeal their dismissals.

The 22 who are seeking redress have already written to the President Muhammadu Buhari.

According to a July letter by the Chief of Defence Staff, Abayomi Olonisakin, to President Muhammadu Buhari, the 22 officers complained that Army authorities breached laws in ending their careers abruptly.

Except Mr. Efemai who prefers voluntary retirement, the officers are praying Mr. Buhari to consider their appeals and reinstate them into the army, Mr. Olonisakin’s letter seen by this newspaper showed. 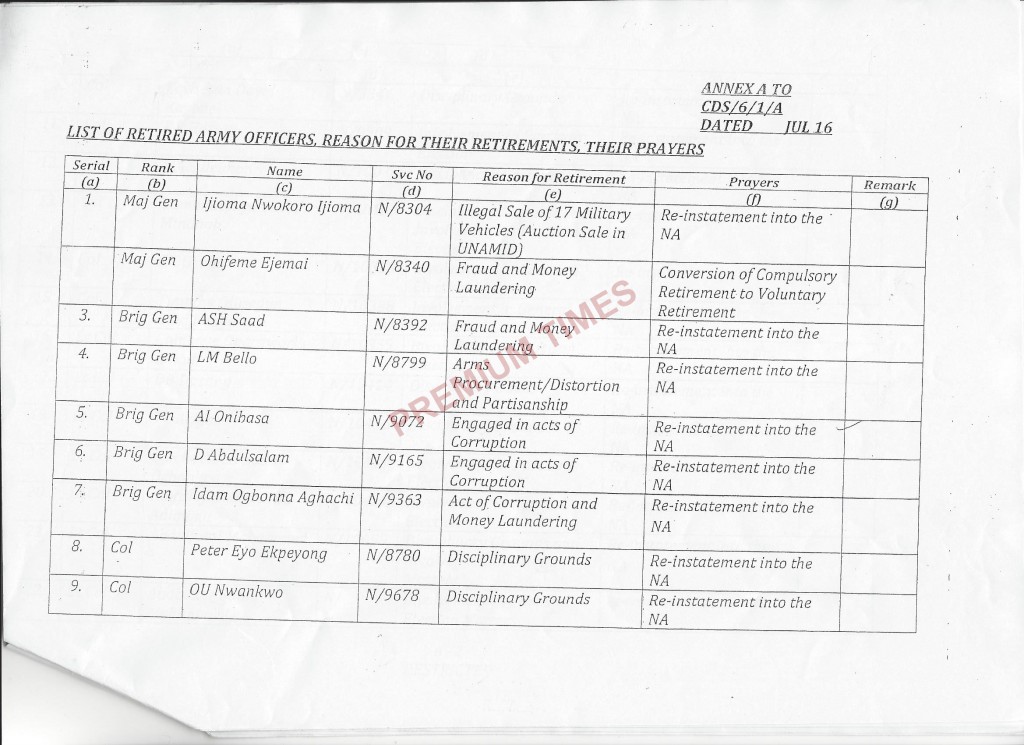 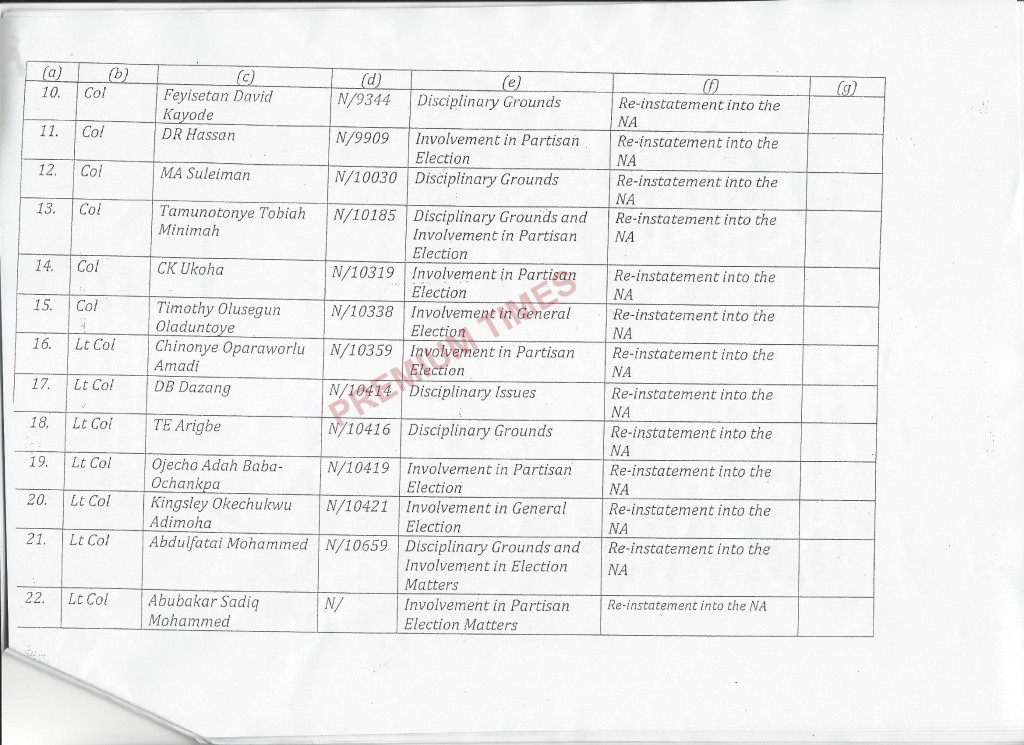