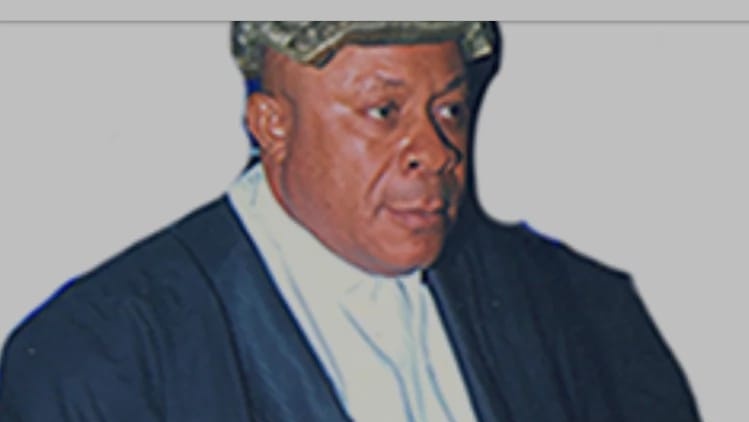 The Chief Justice of Nigeria, Mahmud Mohammed, has said that the National Judicial Council is currently investigating cases of contrasting judgements emanating from courts of coordinate jurisdiction.

Mr. Mohammed stated this at the swearing in of New Senior Advocates of Nigeria in Abuja.

On May 12, a FHC in Lagos ordered the PDP to refrain from conducting election into its national offices at a meeting that was to be held in Port Harcourt, Rivers State.

But shortly before the date of the said meeting on May 21, the PDP received a different judgement from another FHC in Port Harcourt allowing the conference to continue.

After the meeting on May 25, two FHCs in Lagos and Port Harcourt gave conflicting judgements allowing and nullifying the proceeding of the conference, at the same time.

Then on August 15, Justice Okon Abang of the Federal High Court in Abuja gave an order suspending a planned national convention of the PDP on August 17, after the Port Harcourt branch of the same court gave an order compelling the Independent National Electoral Commission, INEC and the police to ensure the conduct of the convention.

Mr. Abang nullified the May 21 gathering of the party, where the caretaker committee chaired by Mr. Makarfi was elected. The judge ruled that the decision of senator Ben Obi whose application gave birth to the May 9 ruling of the Port Harcourt court was illegal.

According to Mr. Abang, Mr. Obi’s decision to approach the court of coordinate jurisdiction amounted to a slap on the face of his court.

The court rulings fuelled rival camps in the PDP, with a faction loyal to former Borno State governor, Ali-Modu Sheriff, appearing with his lawyers different from that of Mr. Makarfi in a PDP case in court.

Both factions claimed to be representing the PDP chairman.

Responding to comments by leaders of the judicial officers at the event, the Chief Justice said the cases of contrasting judgements were already before the National Judicial Council and that disciplinary actions will be taken.

“Let me say before the court stands that the case of courts of coordinate jurisdiction giving conflicting judgements will be addressed.

“All the judge’s involved are being investigated and action will be taken accordingly,” he said.

Why I shouldn’t be charged – Man who named dog ‘Buhari’

I need your support, not criticism, Buhari tells professionals