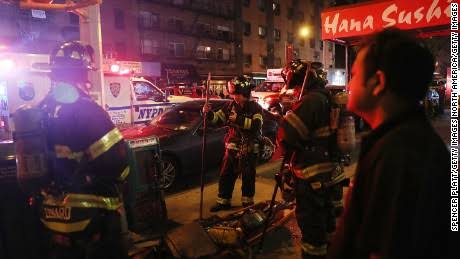 A powerful explosion has rocked New York in the U.S. injuring at least 29 people.

The New York Times reports that the explosion was caused by a homemade bomb in the Chelsea neighbourhood of Manhattan.

Another explosive was later found ‎by authorities a few blocks away from the scene of the first blast.

New York police say they have video from the scene of the blast and are already investigating. They have asked residents living in some areas of Manhattan to take more security measures like moving away from windows.

Already, Mayor Bill de Blasio has called the explosion “an intentional act,” saying “Whatever the cause, New Yorkers will not be intimidated.”

Mr. De Blasio said none of the significant injuries sustained from the blast was life threatening‎.

‘Why I won’t want to work for government’