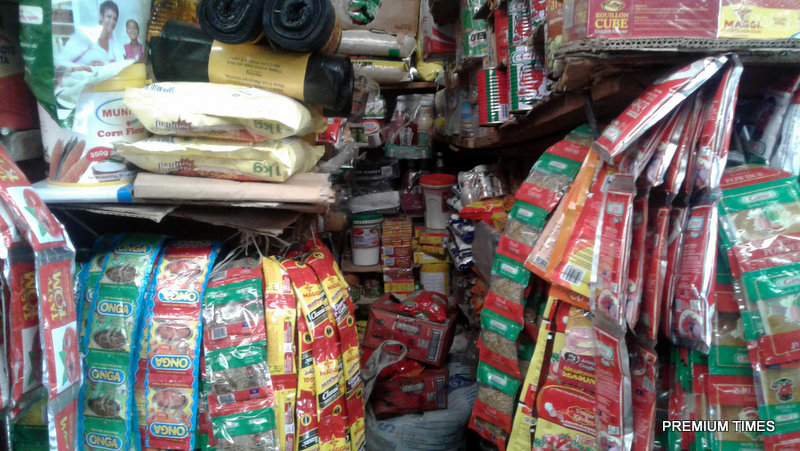 As Sallah celebrations commence in Abuja, traders selling foodstuff have recounted the effects of the current economic conditions on their businesses.

The government officially confirmed that the economy was in recession after Nigeria experienced negative growth for two consecutive quarters.

While most Nigerians have lamented the impact of the recession as well as worsening value of the Naira on the foreign exchange market, a few public officials like the head of the government owned News Agency of Nigeria, NAN, have sought to downplay it, saying the economy was not as bad as being portrayed in the media.

“Are the media and bloggers really painting a correct image of our country? It’s time for the media to objectively conduct a reality check about our reports, whether we are not over sensationalising so-called hardship that we talked about,” Bayo Onanuga, the NAN chief said in a Facebook post that attracted widespread criticism.

PREMIUM TIMES visited local markets in Abuja metropolis where, contrary to Mr. Onanuga’s claims, the cost of foodstuff, especially packaged foods, recorded increase of about 100 per cent in prices since September last year.

A trader at the Wuse international Market, Christy Ani, told PREMIUM TIMES about the increase in price.

“If not that I had some customers, loyal to me, I don’t know how I could have convinced myself to go ahead and buy at such rate”.

Another trader who deals in the sale of soft drinks and noodles, James John, said the hike in fuel prices also had drastic effects on his business. 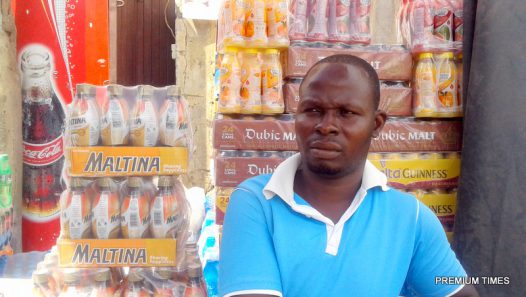 “The rise in dollar rates and especially the increase in cost of fuel is very bad for our business. Even for locally made drinks, you need to fuel your vehicles to get it distributed. So whether we like it or not the prices must increase,” said Mr. John.

The federal government increased the pump price of fuel by about 70 per cent to N145 earlier this year. This was mainly brought about by the reduction in the naira value as petrol importers had to pay more to access dollars to buy the product.

Another trader, Gloria Madu, who sells soup ingredients at Gosa market, a local stop-shop which usually booms on Fridays around the airport road, said the prices of goods increased by over 100 per cent since last year. 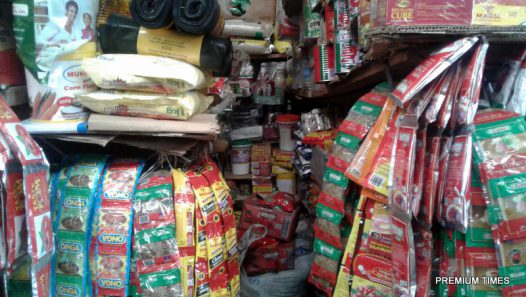 “All brands of tin tomatoes had over a 100 per cent increment. A carton of Gino tin-tomato was N1,100, last year. During December they added N100 to its price, but later it was brought back to the normal price.

“Since the recent increase however, the price kept going up and the last time I bought the carton, it was N2,950 and there are just 50 in a carton,” said Mrs. Madu.

She said the rate of increase in prices scares some traders from approaching the distributors when they run out of stock.

“Some of the goods will increase today, and before you finish selling tomorrow the price will increase. Salt was N1,000 last year for the full carton. But the last time I bought, which was last month, the price became N1,700.

“Prices have all gone high and buyers just keep passing by. Imaging that it’s almost Sallah and some of us even dose off in our shops, since low patronage makes the place dull,” she said.

While there have been general increase in prices for food items which are wholly or partially imported, it has been a mixed tale for fruits and vegetables, as well as other local farm produce.

“Similarly, Irish potatoes had never gone as high as N25,000 per bag. But this year, it went even higher than that.

Mr. Rabiu said the price of these products fluctuate, depending on the quantity of farm produce available in the market. 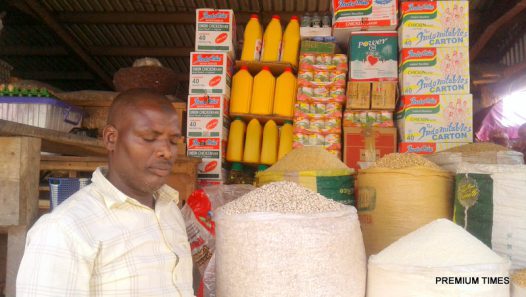 “You know that for this farm produce, what really matters is how available it is in the market.” he said. “Although some other features could cause a hike in price, but if in the previous year, the farming was relatively better for those products, the price will go down.”

Mr. Rabiu said the price of cabbage did not change, as well as the price of green pepper, within the period examined.

Another trader at the Garki market, Salisu Mohammed, also said the price of tomatoes have dropped after an unprecedented hike in price witnessed late last year.

Nafiu Danmadan a major distributor of yams and other similar farm produce, said the prices of some products remained as they were, while a few others went down.

“The cost of yam remained relatively the same between 2015 September and 2016 this year. The price of yam was sold at N35,000 to N40, 000 for a hundred pieces of big yams from Jalingo where I buy from. There are cheaper ones from Nasarawa and Niger states,” he said.

Despite the general increase in non-farm produce, however, reduction in government revenue and reduced income for businesses has meant salaries of public and private employees have not increased thus reducing the purchasing power of most Nigerians.