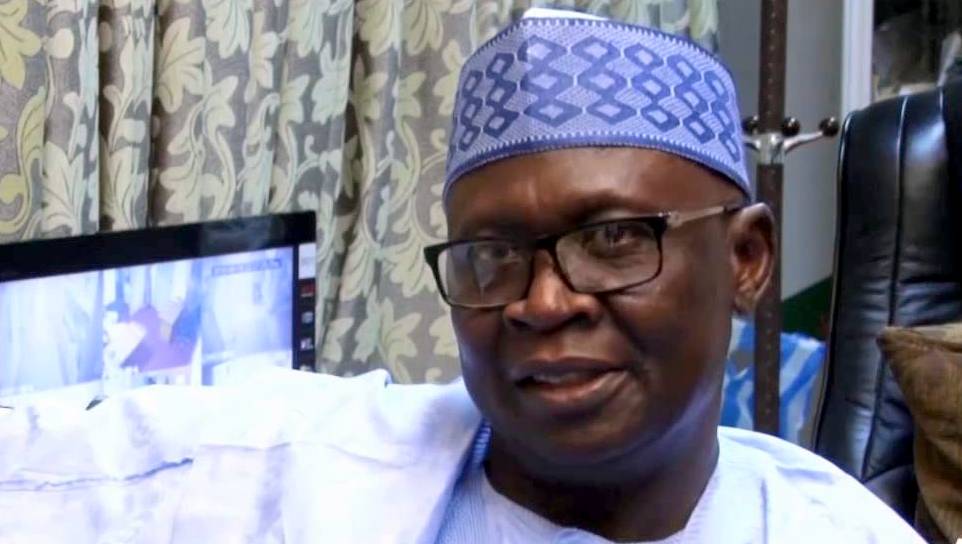 INTERVIEW: Why we ignored Buhari’s instruction to release his assets declaration to Nigerians — Code of Conduct

But in this interview with PREMIUM TIMES team of Ibanga Isine, Evelyn Ukakwu and Georgina Bako, the bureau’s chairman, Sam Saba, explains why his Bureau will not release the document to the public despite the president advising it to do so on national television.

PT: Recently, a huge leak of document from a Panamanian law firm, Mossack Fonseca, lifted the lid on how the rich and powerful use tax havens to hide their wealth. The names of many Nigerians were found in the leak aptly called “Panama Papers.” Are you considering taking action against such people?

Many have asked us this question earlier but at that time we were not in a position to give any answer. But I later asked my counterpart in the ICPC if he was in the picture and he replied in the negative. He, however advised me to approach PREMIUM TIMES.

PT: Can you assure Nigerians that you will take action against the indicted persons?

Didn’t you hear what I said? I said that already we have correspondences asking us what we know about specific public officers on this matter. And we are doing that. I don’t want to reveal the names to you now. But if at the end of the day, I can do that, I will let you know. But I want to let you know that government has written us and given us some names to investigate, based on what they have been reading and hearing regarding the leaked document. In fact, that was why immediately this issue came up, I thought of who to contact to help us.

PT: Talking about your ongoing case against Senate President, Bukola Saraki, are there likely to be more prosecutions in the nearest future?

We are going to discuss it at our board meeting next week, so I cannot disclose that to you right now. I am not going to commit myself now. Let the time come and we will inform you. After all, this is an ongoing conversation.

PT: Can you take us down memory lane on the number of convictions you have secured since the inception of the Bureau?

There are so many. We can give you a list of the convictions. Some people are fined. Of course, nobody is sentenced. The law does not give us that power. It’s just fines, seizure or forfeiture of the assets.

PT: What are your major challenges in the course of this assignment.

The major challenges we have are essentially lack of capacity building and inadequate funding.

PT: While CCB is Nigeria’s foremost anti-corruption agency, nothing much was heard of its operations unlike the EFCC and ICPC. Why did the bureau remain silent this long?

That has been a recurring question and I have a very simple answer for it. What most people do not understand is that the Code of Conduct Bureau is different from the EFCC and ICPC. Cases that are referred to these other agencies concern offences that have already been committed. On the other hand, the CCB is largely a preventive organisation. Is it going to make news to you today for me to say that 30 people have not declared their assets? Or that we have sent 20 names to the tribunal for default in filing their asset declaration forms? I have discovered over this period that Nigerians love a situation where they hear that this person or that person has been caught and taken to prison. That is not the nature of this agency.

So if CCT does not give a conviction, it does not mean that CCB has not worked. We are dealing with millions of public officers, and how many people will come out to volunteer information. People are afraid of volunteering information. It is only in recent times that this whistle-blowing thing is taking shape because they see that the present administration is serious about fighting corruption.

Even then, when we take an asset declaration form to a public officer who has just retired; everybody will say they don’t know his address. Even when we are able to trace his residence and send people there, nobody takes the declaration form from the staff. As I have always said, the CCB does not have the power of arrest. These other two agencies have the power of arrest. CCT can issue a warrant and the police does the arrest.

PT: What mechanisms do you have to crosscheck and be sure that what public servants declare are true or do you just rely on what people fill in those forms?

We rely on two things – what people fill and the intelligence we gather regarding what they filled. We receive petitions, but when we look at most of the petitions, they are based on frivolous reasoning; either the petitioner and the accused fell out and then one wants to write and tarnish the image of the other.

PT: But do you have a unit that investigates the claims public servants make on their asset declaration forms?

We have a unit that verifies; though we cannot verify everybody. But we verify the executive, including the ministers. We verify principal officers of the National Assembly. We verify governors in the state and local government chairmen.

PT: Don’t you also verify judicial officers like the Chief Justice of the Federation?

PT: How do you deal with some governors, who come in with almost nothing but when they are leaving office, amassed so many properties?

It is very difficult in the sense that you only hear these kind of stories but in reality they are not so. I’ll give you an instance. Most people will tell you that public officers own the big buildings in this town. But nobody will send even an anonymous message saying Mr. ‘A’ owns this property and we know that he does not have the capacity and legitimate means to own it. It is partly because we do not have a strong whistleblower legislation. Though the legislation is already in the pipeline, we hope that it will soon become implementable.

PT: During his maiden media chat, President Muhammadu Buhari had said you have the power to release his asset declaration document to us in PREMIUM TIMES. Would you be willing now to release the documents to us, just as the president said on live television?

I will give you a very simple answer. He said you are free but who is free? Is the CCB free? The law does not say I should release anybody’s asset declaration. The document does not become public document after declaration, it is only the CCB that is allowed by the constitution to retain custody of such documents. That is what the CCB Act says. Besides, Schedule 3, Paragraph 3 (c) of the 1999 Constitution as amended says the bureau shall have power to retain custody of such declarations and make them available for inspection by any citizen of Nigeria on such terms and conditions as the National Assembly may prescribe.

PT: And the National Assembly has in the Freedom of Information Act, prescribed that we can have access to such public document. In fact, we have already written to you. Would you oblige us now?

We answered you. Go and read your letter again. And we gave you answers as it was provided for in the FOI Act. Study the response again and compare it with these sections and you will know what I am talking about.

PT: Was the president wrong in insisting that the document should be made public? Remember late President Umaru Yar’Adua published his own based on an earlier promise. Why did you not stop him at the time?

Because he did not come to us. He just did it. And let me tell you something about late President Yar’Adua. He was already used to doing so even when he was governor. So for him, it was a normal thing. And he did not need anybody’s advice to publish it. That was his business. It has nothing to do with me. I know one director general who has put his own asset declaration on his website. He did it willingly and he told us that he just decided to do it on his own. So, it is a matter of choice. If you are a public officer and you want everybody to know about it, you can do the same.

PT: Don’t you think that is a virtue that should be encouraged?

Yes, we encourage it

PT: But if you encourage it and President Buhari said on national television that you have powers to release his own document, don’t you think you would be standing on the way of probity and transparency you are talking about?

Did the president say he has written to CCB and said ‘go and make my declarations public?’

PT: Are you saying he has to write officially to CCB before you can release the document he promised to make public during electioneering campaigns?

But the President has already declared his assets his assets are there; if there is anything in it he has not disclosed, you should have asked him specific questions.