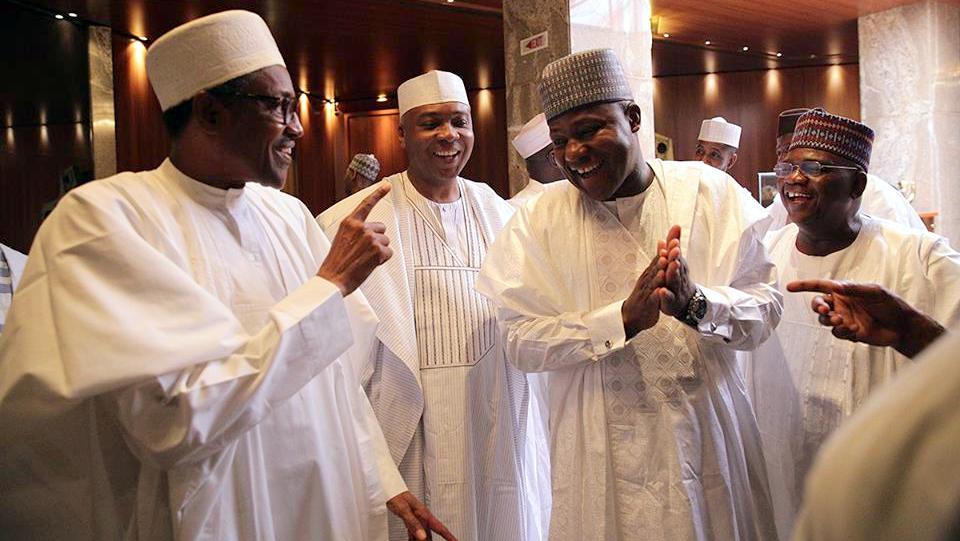 Mr. Dogara came into the Villa at about 2:25 pm and went straight into the president’s office.

The speaker emerged at exactly 2:58 pm, telling reporters budget padding is not an offence and vowing not to step down from office despite growing calls on him to do so.

When approached by State House press on the allegations of budget padding levelled against him by the former chairman of the Appropriation committee, Abdulmumin Jibrin, Mr. Dogara simply said ” I am a lawyer and have been a legislator for a while, I never knew of an offence called budget padding.”

The speaker said budget padding is not an offence against any Nigerian law.

He also said since he has not committed any offence, the question of him resigning “does not even arise.”

Listen to Audio below: