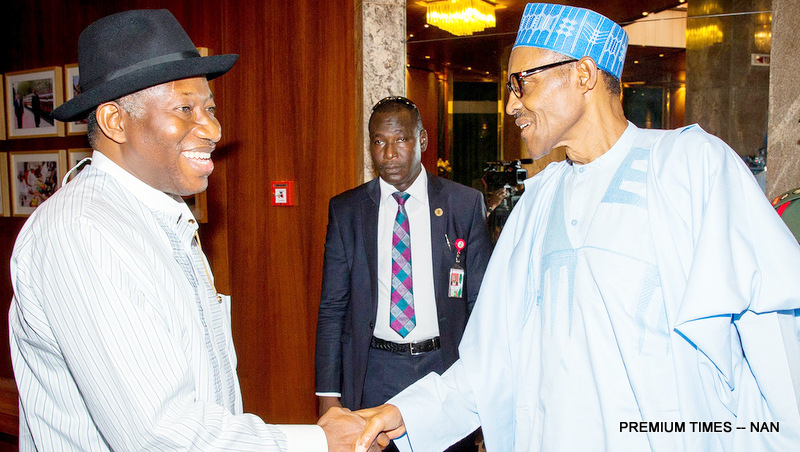 Former President Goodluck Jonathan is currently holding a meeting with President Muhammadu Buhari at the President’s office at the Aso Rock Villa, Abuja.

Mr. Jonathan arrived the Villa at exactly 2 pm and went straight to the President’s office.

Mr. Buhari was observing his afternoon prayer at the Villa Mosque when his predecessor came calling.

The president had gone to the Mosque straight from the Council chamber where he presided over a meeting of the Federal Executive Council.

He came out immediately after the prayer to meet with Mr. Jonathan.

The reason for the former President’s visit remained unknown as at the time of this report.

This is the fourth time Mr. Jonathan is visiting his successor.

He was at the Villa in August and November last year, and in June this year. Hedid not address the press on those occasions.