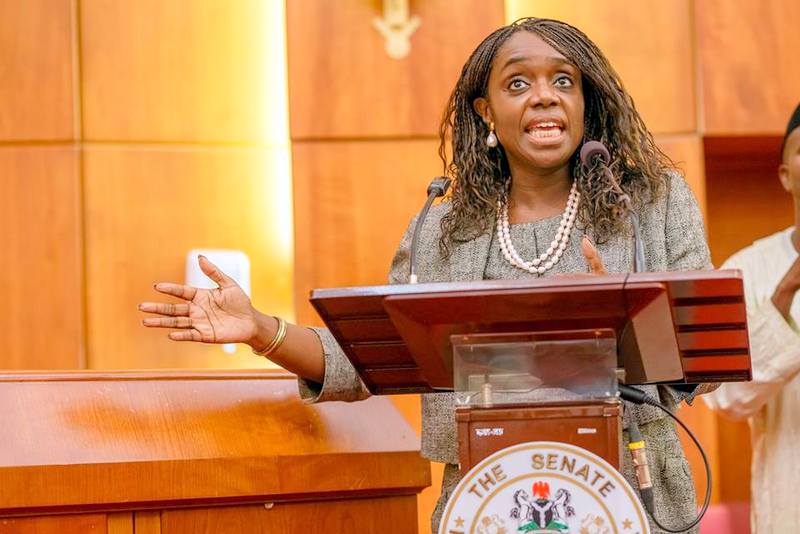 Appearing before the senate, Mrs. Adeosun made efforts to allay public fears about the implication of the country’s troubled economy, saying “things are tough”, but there should be no panic.

Mrs. Adeosun’s assurance came four days after the National Bureau of Statistics said the Consumer Price Index used in measuring inflation in the country hit 16.5 percent, the highest in 11 years.

It also came after the International Monetary Fund said Nigeria’s economy was projected to contract in 2016. It cut the country’s GDP growth forecast from 2.3 percent in April to – 1.8 percent, lowest in 29 years.

But Mrs. Adeosun brushed aside the grim predictions by the IMF projections.

To revive the economy, she said the government had devised strategic measures, chief of which is discipline regarding how public money is spent.

“We are declaring war on wastes,” she said, disclosing the government had stopped funding nonessential items.
“The objective is to release money for capital expenditure to get the economy going.”

She gave the total amount released for capital expenditure since the signing of the 2016 Appropriations Act to be N247 billion.

Of that figure, Ministry of Power, Works and Housing received 107 billion.

She said the government was also making efforts to attract investment.

Mrs. Adeosun said Nigeria could no longer continue to rely on oil.

She rejected claims by a senator from Ekiti State, Abiodun Olujimi, who lamented the failure of “27 states” to pay workers, saying it was not so under PDP.

Mrs. Adeosun said the current challenges were cumulative consequences of the choices made by the last PDP government.

According to her, states, for two years, were borrowing to pay salaries.

She said the Fiscal Sustainability Plan agreement reached between the Federal Government was meant to improve internal revenue drive, cut waste and be transparent.

On the contentious issue of constituency projects, she assured the Senators that the Executive had no agenda not to implement them, being parts of the Appropriations Act.

“Constituency projects are what legislators have put in place knowing specific difficulties in their communities,” she said.