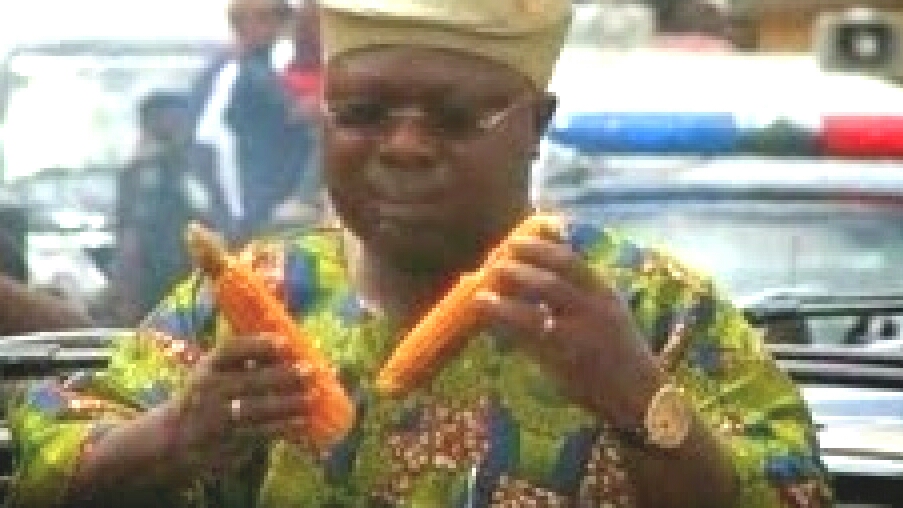 Why we arrested Omisore – EFCC

A leader of the Peoples Democratic Party, PDP, in Osun State, Iyiola Omisore, was arrested for his alleged role in the #Dasukigate, the EFCC has said.

The spokesperson of the anti-graft agency, Wilson Uwujaren, told PREMIUM TIMES that Mr. Omisore was arrested as part of investigation into a case of receiving and misappropriating N700 million from the Office of the National Security Adviser, between June and November, 2014.

Sambo Dasuki, who was the National Security Adviser during the period, is currently being prosecuted by the EFCC for allegedly spearheading the $2.1 billion scandal popularly referred to as #Dasukigate.

The EFCC in March declared Mr. Omisore wanted for his alleged roles in the scandal. In response, Mr. Omisore, who was the PDP candidate in the last Osun governorship election, threatened to sue the anti-graft agency for N500 million damages for defamation.

Mr. Omisore’s arrest occurs weeks after the EFCC froze the Zenith Bank account of Governor Ayo Fayose of Ekiti. Mr. Fayose was the PDP candidate in Ekiti at the time Mr. Omisore was the party’s candidate in Osun. While Mr. Fayose won his election and is the current governor, his Osun counterpart lost his. Both men are believed to have benefitted from the #Dasukigate during the time of their elections; an allegation they’ve both denied.

The PDP on Sunday condemned Mr. Omisore’s arrest and accused the anti-graft agency of being biased.

In an interview with PREMIUM TIMES on Sunday evening, Diran Odeyemi, PDP spokesman in Osun State, said Mr. Omisore had a valid court injunction restraining the EFCC from arresting him.

“There’s a court injunction by senator Omisore against the EFCC not to be arrested,” he said. “We’re never aware that that judgment has been vacated especially on Sunday. It’s very unfortunate that the EFCC is carrying out its assignment in a way that suggests its persecuting the opposition.”

Mr. Odeyemi said the PDP would approach the court for Mr. Omisore’s bail on Monday.

“Today is Sunday, by tomorrow, everything would be more clearer and we’ll have to go to court to enforce his fundamental human right,” he said.