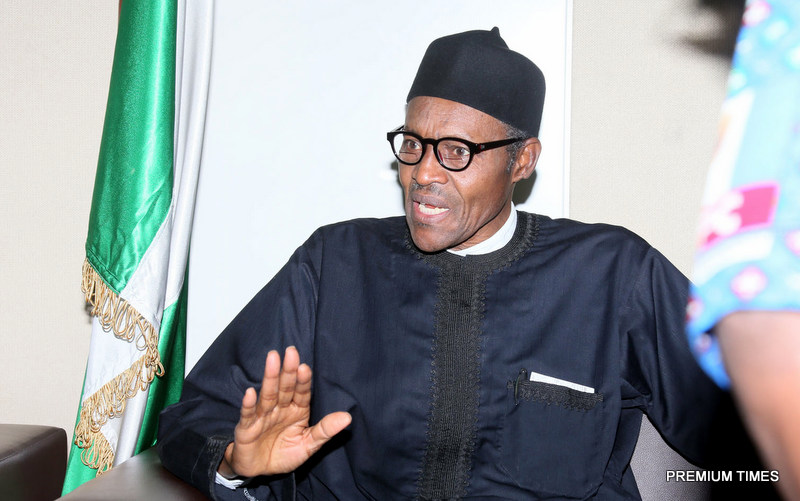 A National Prosecution Coordination Committee, NPCC, has been inaugurated for the effective prosecution of high criminal cases in the country, with an assurance that President Muhammadu Buhari is not interested in tele-guiding the anti-corruption agencies or prosecution authorities in the country.

Vice President Yemi Osinbajo, SAN, stated this earlier today at the Presidential Villa while inaugurating the committee headed by the Attorney-General of the Federation, Mr. Abubakar Malami at an event attended by several government functionaries including the National Security Adviser, Brig-General Babagana Munguno, rtd, and heads of the ICPC and the CCB among others.

According to him, “when you look at the way that the EFCC and other law enforcement agencies have acted in recent times you will notice that they are not under any kind of direction of influence of the President. They are given the independence to act; they are given the authority and backing to act in their own and to use their own discretion appropriately at all times. You don’t get any situation where the president says go get that person of back off that person.”

Continuing, Prof. Osinbajo said “all of us know that the President is completely committed to fighting corruption and economic crimes and terrorism.”

He said such external influence does not exists under this administration, as the agencies are given the full authority to act and they do so using their best judgment. The Vice President who stood in for the President at the inauguration said what both the president and himself expect is that the agencies use their powers with fairness, devoid of any prejudice.

He said the same responsibility had been given to the newly formed NPCC to bring justice to the people.

Addressing the 20-member Committee, the Vice President noted “that is the sort of responsibility placed on your own shoulders as well, the responsibility to exercise prosecutorial power independently and without any direction except of course from the learned Attorney-General who is the constitutional and prosecutorial authority in the country.”

“It is a very serious responsibility because it also involves making sure that people are treated fairly or that people are not pursued by reason of bias or any other such consideration,’’ the VP said adding that it was important that those being prosecuted were not embarrassed needlessly by the prosecutors.

While stating that every prosecuting organ or agent had the responsibility to put in place a system that “we ourselves would not be afraid to be subjected to,” the Vice President said that the selection of the committee members took into consideration not only their legal skills and learning, but also their integrity and strength of character in order to chart a new course in the nation’s criminal justice system.

He said although legal background was important, particular consideration was given to those who have courage and would not allow themselves to be cowed or influenced by tribe, religion, and friendships.

“Given the nature of economic crimes and the enormity sometimes of the money that is involved and the influence of those who may have to be prosecuted, you need more than legal skills. You need men and women of strong character and courage who will not only be able to turn down inducements of any kind but also act without consideration for tribe, friendship, religion or any other parochial considerations.’’

The Vice President observed that the composition of the committee was notable as they take on their tasks at a time of an upsurge in pipeline vandalism among other criminal acts.

“This is a very important committee because the administration itself is committed to ensuring that we are able to deal with not only question of corruption which is a big item on our agenda but also other economic crimes. Terrorism has assumed different shapes and proportions of late, and the vandalism that we see in parts of the Niger Delta, which has affected so many different things including oil production, power supply,” says Prof. Osinbajo.

“We are in a very crucial time in our social development and a committee such as this is very necessary and historic because I do not know of any other of such committee in the history of this country,’’ the Vice President added and congratulated the committee members for being chosen to perform the task and expressed the hope that the committee would be making a huge difference, “not only in headlines but in actual delivery of results’’ in in the next few months.

Earlier in his remarks, the Attorney General and Justice Minister said that the committee comprised 12 ex-officio and eight external members of proven integrity and competence. He said that to fast-rack the work of the committee the ministry had created 20 prosecution teams with four members each and had requested the all agencies exercising police powers to recommend five experienced investigators to support the committee’s work.

“The aim is to ensure effective investigation and prosecution of high profile criminal cases in Nigeria,’’ the minister said, adding that the committee was not a duplication of the existing anti-corruption agencies but would collaborate with such agencies for effective service delivery.

Besides the Attorney-General, who is the Chairman of the Committee, the members are: