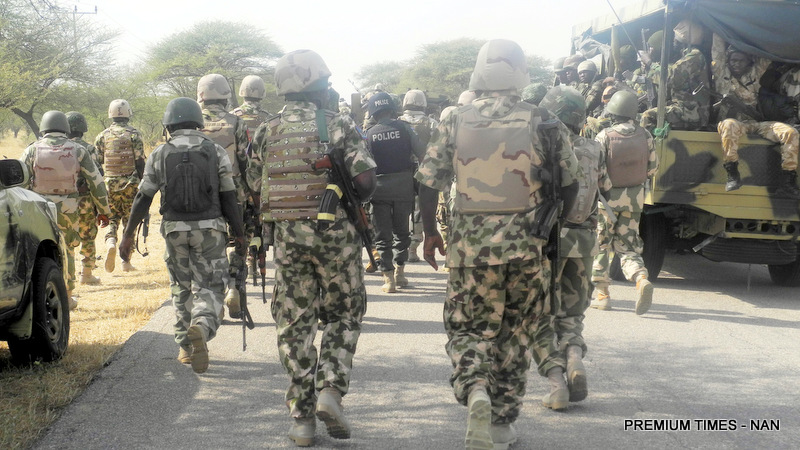 The Head of the Continuous Audit team of the Federal Government, Mohammed Dikwa, on Tuesday said N50 billion was saved so far through the audit of security agencies payroll.

Mr. Dikwa said this in Abuja at a meeting between the Continuous Audit team, Minister of Finance and Heads of Para-Military agencies.

President Mohammadu Buhari had set up the Continuous Audit team to look into the payroll of all Federal Government’s Ministries, Departments and Agencies.

The team had already embarked on the audit of the Military payroll and enrolling them on the Integrated Payroll and Personnel Information System (IPPIS).

“Since we started the continuous audit programme, we have saved about N50 billion and over 43,000 ghost workers have been removed from the payroll of the federal government.

“And as we go on, we are very sure that we will continue to reduce the cost of federal government payroll.

“Please note the cost is not related to ghost workers alone but with allowances which we believe have to be trimmed down so that we can manage the cost of governance,’’ he said.

Mr. Dikwa said officers from the account departments of all the para-militray agencies were currently undergoing training on IPPIS and the Government Management Information System (GIFMIS)

He said the plan was to have all the agencies enrolled on the IPPIS and GIFMIS at the end of the month once the training was completed.

Similarly, the Minister of Finance, Kemi Adeosun, said the audit of the para-military payroll would focus mainly on non-regular allowances of security officers.

She said initial investigations had revealed that these allowances had created avenues for unscrupulous persons within the system to steal money.

“The president has given the directive that all ministries and agencies of the Federal Government be enrolled on the IPPIS latest December, 2016.

“This meeting is to discuss the modalities of how this will be achieved; specifically, there are number of allowances described as the non-regular allowances.

“We have to make sure that these non-regular allowances are paid directly to those who are serving. And the best way to do that is through an automated system.

“This system will be linked to BVN so the money is going to specific individuals rather than being diverted elsewhere.

“Whoever is paid irregular allowances for hazard, risk or other extraneous factors, it is important that the money gets to them.

“The people taking the risk should be paid, otherwise the service they are expected to render will be in jeopardy,’’ she said.

Mrs. Adeosun said that one of the advantages of the IPPIS was that delays in payment of salaries and allowances of security personnel would be a thing of the past.

She reassured members that the details gathered through the IPPIS would be kept safe so that identities of security operatives would not be compromised.

The Permanent Secretary, Ministry of Interior, Bassey Akpanyung, pledged the ministry’s support to ensure that all the security agencies under its control complied for the success of the process.

NAN reports that heads of Customs, Immigration, Prisons, Police, Fire Service and Civil Defence were present at the meeting.