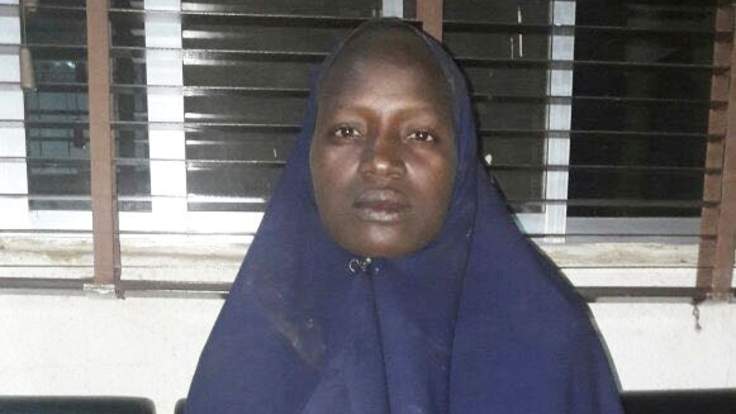 The Nigerian Army has defended its earlier statement that a second girl rescued by its troops on Thursday was among the nearly 300 school students abducted from a secondary school in Chibok by Boko Haram.

The army dismissed reports that Serah Luka’s name was not on the list of girls taken from the school by the militants on April 14, 2014.

A statement from the army announcing Ms. Luka’s rescue said she was a native of Madagali in Adamawa State and was number 157 on the list of the kidnapped Chibok girls.

But a community leader, Pogu Bitrus, told the Associated Press Friday that Ms. Luka was not on the list of 218 students still missing from the mass abduction.

He also said the number 157 on the list was not Serah Luka.

Mr. Bitrus suggested the rescued girl may have been visiting older sisters at the school the night of the kidnapping, according to the news agency.

Also, Yakubu Nkeki, the head of the Chibok Abducted Girls Parents group, told the AFP that his records showed only two girls with the surname Luka.

“These are Kauna Luka Yana and Naomi Luka Dzakwa. Among the list of parents we have only four priests and none of them is Luka,” he was quoted as saying.

“Among the girls none of them is from Madagali (in Adamawa State). They were either from Chibok, Damboa, Askira and Uba (all in Borno state). So I can say… that this girl is not among the abducted Chibok girls.

But Sani Usman, the spokesman of the Nigerian Army, told PREMIUM TIMES on Friday afternoon that the military stood by its earlier statement.

He said the army as an institution had resolved not join issues with those who have clear “political agenda”.

Mr. Usman said the army had verified all the details Ms. Luka provided shortly after she was rescued, saying only established government institutions have the powers to confirm the identity of a citizen.

“We cannot be dragging words with people who have clear political agenda. The facts speak for themselves that that girl came from Adamawa and, beyond all reasonable doubt, she is amongst those that were abducted on the 14th of April 2014 in Government Secondary School, Chibok.

“For anybody to wake up and say he’s the head of Chibok community and the girl was not amongst those kidnapped is wrong. If the principal of that school comes out and say ‘this is my nominal role and I don’t have such student’ then we can be debating the matter,” Mr. Usman said.

“She is not from Chibok but Adamawa and she may not have been on any of the unofficial lists that said they were 249 girls or 219 girls, but she was kidnapped and we have all the facts.”

Asked if he was certain of his claims, Mr. Usman said “Yes, otherwise we won’t release the news to the whole world”.

Mr. Usman urged those making the allegations to “leave the Army out of this politics”.