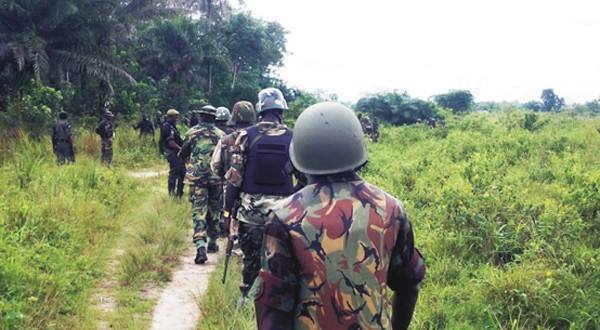 Hours after Amina Ali, one of the Chibok girls rescued on Wednesday from the insurgents, met with President Muhammadu Buhari, at the Presidential Villa in Abuja, the Nigerian Army announced the rescue of another of the girls on Thursday evening.

Army spokesperson, Usman Sani, a colonel, who confirmed the rescue, gave the name of the rescued girl as Serah Luka, said to be number 157 on the list of abducted school girls.

Mr. Usman later narrated how the abducted girl was rescued.

“We are glad to state that among those rescued is a girl believed to be one of the Chibok Government Secondary School girls that were abducted on 14th April 2014 by the Boko Haram terrorists.

“Her name is  Miss  Serah Luka, who is number 157 on the list of the abducted school girls. She is believed to be the daughter of Pastor Luka. During debriefing, the girl revealed that she was a JSS1 student of the school  at the time they were abducted.

She further added that she hails from Madagali, Adamawa State. She averred that she reported at the school barely two months and one week before her unfortunate abduction along with other girls over two years ago.

“She added that there other three girls who fled from Shettima Aboh when the troops invaded the area earlier today which led  to their rescue.  She is presently receiving medical attention at the medical facility of Abogo Largema Cantonment, Biu, Borno State.”

The first rescued girl, Amina Nkeki, was reportedly rescued Wednesday and was received by President Muhammadu Buhari in a State House ceremony Thursday afternoon, with a four-month-old child she reportedly gave birth to while in captivity.

Amina was rescued by the civilian JTF close to the notorious Sambisa forest, over two years after her abduction by militants.

More than 200 girls are still believed to be held by the insurgents.

500,000 Nigerians living with tuberculosis have no access to treatment – Aisha Buhari