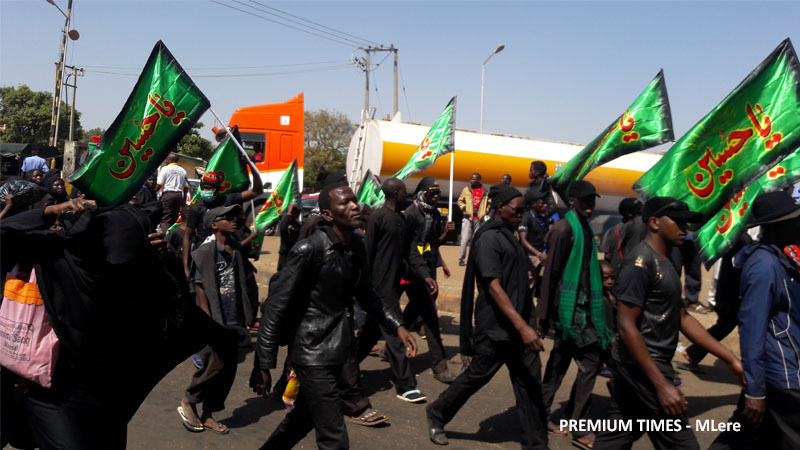 Shi'ite procession from Kaduna to Zaria

The Kaduna State Government on Thursday asked a Kaduna High Court to sentence 50 Shiite members to death for allegedly causing the death of a soldier.

The government had filed a five-count charge against the accused before Justice David Wyom.

The government said the offence was committed between December 12 and 14, 2015 in Zaria.

It alleged that the suspects among other things shot dead Yakubu Dankaduna, a corporal of the Nigerian Army “with a gun when he alighted from the convoy to disperse the IMN members.“.

The prosecution told the court that they intend to present 39 witnesses.

The plea of the accused persons was not taken as the judge adjourned sitting till May 16.

The News Agency of Nigeria (NAN) gathered that the 50 suspects were among the 265 persons currently in custody, who were arrested during the Shiites clash with the Army on Dec. 12 and Dec. 14, 2015.

Metuh says he won’t seek any position at PDP convention