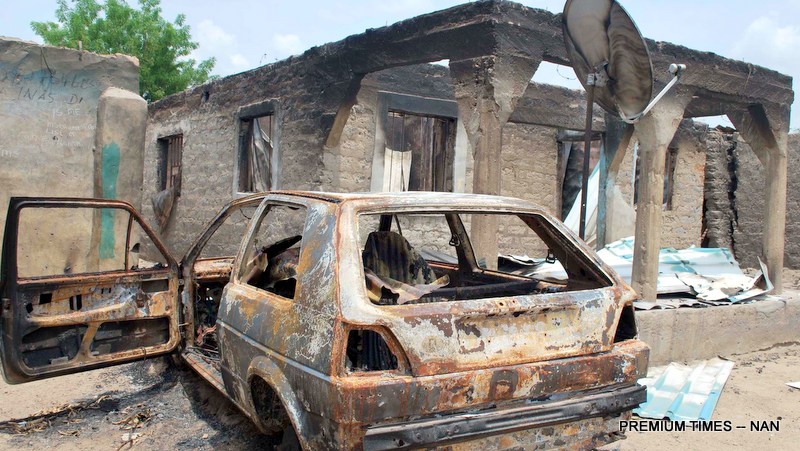 The ongoing conflict between farmers and herdsmen across the North-Central is costing Nigeria at least $14 billion in potential revenues annually, a new report by a global humanitarian organisation, Mercy Corps, has found.

Mercy Corps, funded by the British Department for International Development (DFID) issued the report after a research it carried out between 2013 and 2016 on the causes and effects of the perennial clashes between herdsmen and farmers in Nigeria.

The report was officially launched at an event at Transcorp Hotel, Abuja, on Thursday.

The clashes, which have resulted in the death of thousands of rural dwellers over the past two decades, usually arise from disagreements over the use of essential resources such as farmland, grazing areas and water, the research found.

“We found that the average household affected by conflict today could see income increase by at least 64 percent, and potentially 210 percent or higher, if conflicts were resolved.”

The research looked into the effects of the conflict and the potential peace on federal and state revenues, as well as on household economics.

The report suggested that the peace-building efforts at the local level were limited and, in many cases, counter-productive to long-term growth.

Based on the research, Mercy Corps urged the Nigerian government and international donors to quickly increase investment to resolve inter-communal clashes in Nigeria and to ensure conflict management and livelihood development strategies positively reinforce each other.

“This new Mercy Corps research, part of a conflict management programme funded by the UK Department for International Development, is based on statistical analysis of conflict and revenue data sets, household surveys and interviews conducted in 2014 and focused on the Nigerian states of Benue, Kaduna, Nasarawa and Plateau,” the organisation said in a statement.

Those who participated at the research launch were selected from various professions, ranging from farming to public relations.

While some proffered grazing reserves as the solution to the crisis; others argued that the herdsmen were nomadic by nature and that they must move around in order to breed their livestock, their economic livelihood.

In the coming weeks, officials of Mercy Corps said the organisation would work with all stakeholders at state and federal levels to bring about a holistic implementation of their recommendations.

A copy of the report was handed to a representative of the Federal Ministry of Agriculture for onward presentation to President Muhammadu Buhari.

The research was concluded before the latest outbreak of violence between Fulani pastoralists and agrarian communities in Benue and Nasarawa States.

No to grazing reserves — Afenifere

The release of the report coincided with Afenifere’s rejection of a proposal by federal lawmakers to introduce a Grazing Commission Bill to address the burning issue.

The Pan-Yoruba socio-political group described the bill as “anti-people.”

The bill proposes the establishment of the National Grazing Commission which will preserve and control the national grazing reserves and livestock routes and other matters related to it.

The group’s leader, Reuben Fasoranti, while addressing journalists in Akure, said the bill, which empowered the commission to acquire any land anywhere in the country, would violate the subsisting Land Use Act and traditional means of land holding if enacted.

He noted that the bill was being proposed allegedly to favour the business of the Fulani herdsmen at the expense of the farmers whose farms were always destroyed by the Fulani’s cows in some other parts of the country .

” We reject any law that would rob the citizens of their possessions and award to another set of citizens as this offensive bill attempts to do. That is against the principle of natural justice, ” Mr. Fasoranti declared.

“It is also against federal principle for the government of the federation to therefore want to violate the rights of other sections of the country to please a group from an ethnic unit over and above the interest of other over 400 ethnic groups. ”

He called on all federal lawmakers from the south and Nigerians in general to join Afenifere in rejecting the bill.

“We stand with the decision of the of the 2014 National Conference which recommended the scrapping of grazing route for the establishment of ranches,” the octogenarian said.

He said the system of roaming animals all over the country was no more in vogue.

He called on President Muhammadu Buhari to embrace the ranching system in order to put an end to the incessant clashes between Fulani herdsmen and farmers in many parts of the country .

How Osun will become hub of cocoa production in Nigeria — Gov. Aregbesola