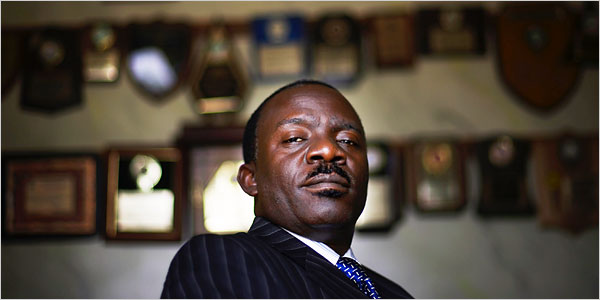 The Nigerian government is not yet winning the war on corruption despite the overwhelming evidence available to it, human rights lawyer, Femi Falana, has said.

Delivering the keynote speech at a round table on “Winning the War Against Corruption” in Lagos, Thursday, Mr. Falana said the federal government was yet to understand that the anti-corruption battle could not be won through regular courts.

“Apart from the class solidarity usually extended to politically exposed persons by judges in all capitalist societies, the situation is compounded in Nigeria by judicial corruption and professional misconduct on the part of senior lawyers involved in the defence of corruption cases,” said Mr. Falana, a Senior Advocate of Nigeria.

“Owing to lack of coordination in the trial of politically exposed persons, corruption is fighting back. Painfully, the federal government is on the defensive as it has failed to counter the deliberate manipulation of the criminal justice system by the indicted looters of the public treasury.”

Mr. Falana, who was represented by Wahab Shittu, accused the regular courts of subjecting corruption and drug related cases to frivolous adjournments, rather than hearing them day by day as stipulated by the Administration of Criminal Justice Act 2015.

“As if that is not enough, the suspects are being granted bail in their own recognizance or other ridiculously liberal terms by trial judges notwithstanding the gravity of the offences allegedly committed by them.

“Some other judges are granting interlocutory or perpetual injunctions to restrain the anti-graft agencies and the police from arresting, investigation and prosecuting politically exposed persons.

“The ban on granting of stay of proceedings by the Administration of Criminal Justice Act, 2015, is not being observed by the courts.”

Mr. Falana also said most of the ongoing corruption cases‎ would not be concluded before 2019.

“Even if the defendants are convicted, the cases will be pursued up to the Supreme Court,” he said.

“If the current trend continues, some of the cases will not be concluded in the next 10 years. Therefore, the federal government should review the anti-corruption policy with a view to setting up a Special Anti-Corruption Court to try all economic and financial crimes including corruption.”

“At the end of the four years of the Buhari administration, the success of the anti-corruption policy will not be measured by the number of arrests or investigations carried out by the anti-graft agencies,” Mr. Falana said.

“If the status quo remains unchanged, the Nigerian people and the international community will blame the administration for its inability to secure the conviction of corrupt politically exposed persons with all the evidence at its disposal.

“Therefore, a special court ought to be established to deal specifically with economic and financial crimes as well as electoral offences. Otherwise, the anti-corruption policy of the federal government will not achieve its desired objectives.”

Why I refused to support Umahi for Ebonyi governorship – Ex-Gov. Elechi