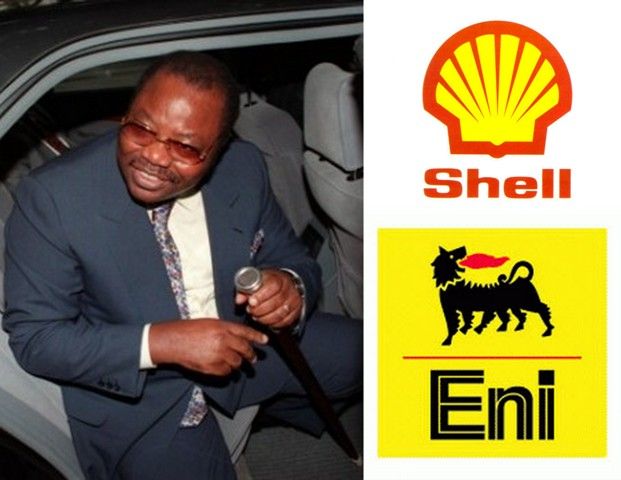 Officials of Shell, the multi-national oil firm at the heart of one of the largest oil heist in Nigeria, have been questioned by Dutch investigators for their roles in the deal.

PREMIUM TIMES had reported how Shell and Italian oil giant, Eni, agreed to secretly pay $1.3 billion to Malabu through the Nigerian government in 2011.

The money was meant for OPL 245, one of the largest oil blocs in Africa which was awarded to Malabu in 1998 when Dan Etete was the petroleum minister under the late dictator, Sani Abacha.

After Shell and Eni paid the money into Nigeria’s accounts in JP Morgan bank, London, the federal government transferred $801 million of the money into Malabu accounts controlled by Mr. Etete in Nigeria.

Mohammed Adoke, the former Nigerian Attorney General, and Diezani Alison-Madueke, ex-Petroleum Minister, who both authorised the 2011 deals, have been on the run and have not appeared before anti-graft officials in Nigeria who are investigating the deal.

Mr. Adoke has denied any wrongdoing, saying he as Attorney-General only acted as an intermediary to resolve a multi-layered contentious matter. He said he is currently in school for an LLM at Leiden University in Netherlands, therefore, he could not appear before Nigerian anti-graft agency, EFCC.

While Mr. Etete later claimed he only got $250 million from the money, PREMIUM TIMES investigations showed the rest was paid as bribes to several officials of the Nigerian government under the Goodluck Jonathan administration, as well as some private officials including Bayo Ojo, a former Attorney General, who got $10 million.

Mr. Jonathan, himself, is being investigated for his roles in the scandal, after Italian officials found evidence of his activities.

“The suggestion from the wiretaps is that “Fortunato” was implicated and I am told that this was a reference in code (not subtle) to the former President of Nigeria, President Goodluck Jonathan,” Justice Edis of the Southwark Crown Court, UK, said in December 2015, while refusing to release the last tranche of $80 million left in the Nigerian government account to Mr. Etete.

The OPL 245 deal, which is being investigated by officials in Nigeria, Italy, the UK and the U.S., has taken a new turn as anti-graft officials in Netherlands commenced their own investigations into the scandal.

The Dutch investigations is led by the Dutch Financial Intelligence and Investigation Service (FIOD) and the Dutch Public Prosecutor.

While some Nigerian media had reported that Mr. Adoke was also questioned by the Dutch authorities in relation to the deal, an official involved in the investigation described the report as untrue.

“Adoke was not interviewed,” the official, who sought anonymity as he was not permitted to talk to the media, said. He, however, said they were aware Mr. Adoke was in the Netherlands and could be questioned as part of their investigations.

Shell has, however, confirmed its officials were questioned in relation to the deal.

“We can confirm that representatives of the Dutch Financial Intelligence and Investigation Service (FIOD) and the Dutch Public Prosecutor recently visited Shell at its headquarters in The Hague,” a Shell spokesperson said. “The visit was related to OPL 245, an offshore block in Nigeria that was the subject of a series of long-standing disputes with the Federal Government of Nigeria. Shell is cooperating with the authorities and is looking into the allegations, which it takes seriously.”

While the oil firm pledged to work with investigators, it restated its often repeated claim that it was not aware the money it paid was going into Malabu accounts.

“NAE (Eni’s Nigerian subsidiary) and SNEPCo (Shell’s subsidiary) each now hold 50 per cent of OPL 245, with NAE as operator of the block. Any payments relating to the issuance of the licence were made only to the FGN. No payments were made by SNEPCo to Malabu Oil and Gas.”

In Nigeria, the investigation of the OPL 245 deal is being led by the anti-graft agency, EFCC, which is working with the Attorney General’s office, the Vice President’s office, and the presidential committee on anti-corruption headed by Itse Sagay, a law professor.

A disagreement between the AGF’s office and that of the Vice President, on who the bloc should return to, is one of the factors delaying the implementation. While the AGF’s office wants the bloc returned to the original owners of Malabu, a similar resolution to that of the House of Representatives, the Vice President’s office wants the bloc to return to the Nigerian government based on the fraudulent formation of Malabu.

PREMIUM TIMES had reported how Mr. Etete created a fictional character, Kwekwu Amafegha, to own 30 per cent share of Malabu at inception. The other owners then were Sani Abacha (son of late dictator Mohammed Abacha – 50 per cent) and the wife of Hassan Adamu (former Nigerian Ambassador to the U.S. – 20 per cent).

While the EFCC says it is still investigating the scandal, the chairman of Presidential Advisory Committee on Anti-corruption, Mr. Sagay, recently asked that Mr. Adoke, who is central to the scandal, be declared wanted by Nigerian authorities.