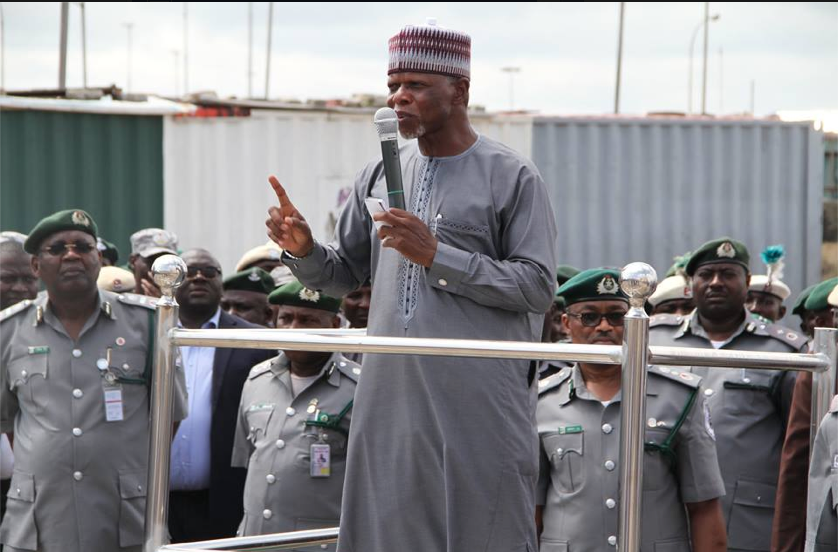 Nigeria Customs Service on Tuesday announced the re-introduction of ban on importation of rice through land borders across the country.

The Comptroller-General of Customs, Hameed Ali, said the presidency had given approval for the reversal of an earlier policy in October 2015 which allowed rice imports through land borders, once appropriate duty and charges were paid.

Mr. Ali, who made the announcement at a review meeting with Comptrollers of Border Commands and Federal Operation Units in Abuja, said the Service had observed that dwindling revenue from rice imports through the land borders hardly matched the volume of rice arriving in neighbouring ports.

He said reports from border commands indicated an upsurge in rice smuggling, adding that implementation of the restriction order had already taken off smoothly since October 2015, with a high level of compliance.

The Comptroller noted, however, that revenue began to dwindle from January 2016, with importers blaming access to foreign exchange their as major impediments.

During the five-month period October 2015 and March 17, 2016 when the importation was allowed, he said a total of 24.992 metric tonnes of rice valued at N2.34 billion were imported through the land borders.

The total revenue generated for the period stood at about N1.69 billion, considered lower than the projected revenue to be generated with the removal of import restrictions.

He said an upsurge in the number of the seizures has been reported across the land borders since January 2016, with about 9,238 bags of rice seized within the first two months of the year, with about N64.67 million as duty paid value received by the Customs anti-smuggling patrol teams of Federal operations and Border commands.

Although the Comptroller-General of Customs said his officials cannot be totally exonerated from the abuses associated with the implementation of the order on rice, he disclosed that his office has been inundated with reports of collusion between them and some rice importers.

Consequently, he directed full investigation into the reports, assuring that all indicted personnel would be sanctioned.

“I have directed a zero-tolerance to rice imports through the land borders irrespective of volume with immediate effect. Importers who have already initiated import processes will have a grace period ending Friday March 25, 2016 to clear their consignments,” the Comptroller-General declared.