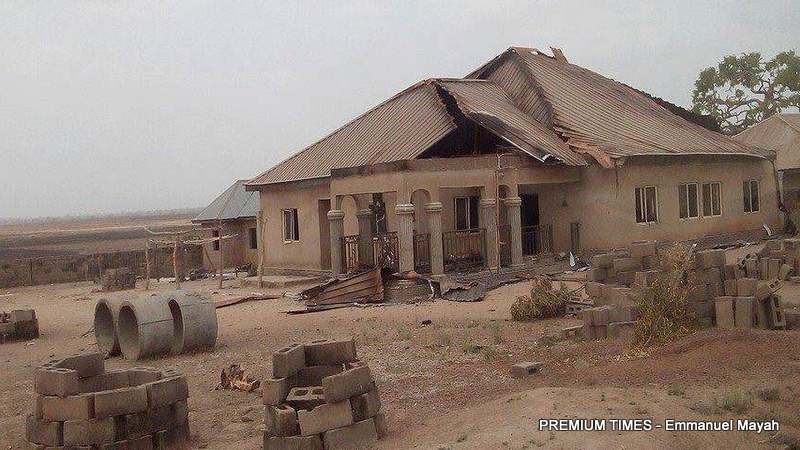 EXCLUSIVE: Why we struck in Agatu — Fulani herdsmen

A leader of the Fulani ethnic group has provided a detailed insight into why his people attacked the Agatu people of Benue, sacking several communities and killing hundreds.

In an exclusive interview with PREMIUM TIMES, Saleh Bayeri, the Interim National Secretary of Gan Allah Fulani Association, rose in defence of his kinsmen, saying the February bloody conflict in Benue was a reprisal attack by his people against the Agatus who he accused of killing, in 2013, a prominent Fulani man.

Gan Allah Fulani Association is an umbrella body of Fulani associations in Nigeria.

Mr. Bayeri said the killing of the man reverberated amongst every Fulani in West Africa.

He insisted that the Agatu farmers were aggressors shedding crocodile tears, and wondered why former Senate President, David Mark, was only just realising the meaning of genocide.

Mr. Mark, a one-time military governor of Niger State, was last week Friday attacked by suspected Fulani herdsmen who ambushed his convoy in Agatu where he had gone for an on-the-spot assessment of losses of lives and properties.

In February, 10 Agatu communities were razed and hundreds, including women, children and the elderly, were reportedly massacred by suspected Fulani herdsmen.

Mr. Mark, who represents the area in the Senate, had described the killings as genocide.

Although the Nigerian Senate last Wednesday blamed Boko Haram insurgents for the mass killings in Agatu, Mr. Bayeri said the attacks were orchestrated by Fulani herdsmen in revenge of the killing of one of their leaders by Agatu people three years ago.

The Fulani leader said about 20 Agatu and Tiv militia, on April 20, 2013, invaded the compound of one Shehu Abdullahi, killing him and carting away over 200 cows.

According to him the Police in the area “arrested four of the attackers carrying some of the meat on their motorcycle and they were taken to Naka police station”.

Mr. Bayeri also said 16 of the attackers abandoned their motorcycles and ran away and the police took the motorcycles to the station.

He said the police confirmed to Fulani leaders that they knew where 150 of the cows were kept and the “Divisional Police Officer promised to recover and return the cows, but up till today, nothing has happened,” Mr. Bayeri said.

The Fulani leader narrated how a dangerous point was reached in the crisis between the Agatu people and Fulani three days after the murder of Mr. Abdullahi and the stealing of his cows.

“A prominent Fulani leader, Ardo Madaki, was invited to the palace of the district head of the area on the grounds that a solution was being sought to the problem.

“However, the Agatu militia beheaded Ardo right in front of the district head.

“This action reverberated across all Fulani people in the whole of West Africa and the clamour for revenge began to grow strong. He comes from a very well respected clan and the Agatu sent the Fulani a chilling message with his murder,” he said.

“Till date, no action was taken, even by the village police station on this murder,” he said.

He also said the Fulani have records of how the Agatu killed over 300 of their people, adding, “but because we don’t have people in government or the media, no one said anything when genocide was being carried out against our people”.

Mr. Bayeri called on government to set up an independent judicial commission of inquiry to investigate the killings of the said 300 Fulani.
“We have a full inventory of all the Fulani people killed by Agatu and we would produce the evidence as long as the inquiry commission is not under the National Assembly

“We have no confidence in the national assembly because of the overriding influence of the former Senate President David Mark, who knew how the Fulani were being massacred and did nothing but use his influence to cover it up.

“The Sultan of Sokoto was in Benue state three times trying to find a solution to the problem, but David Mark never came once or even sent a representative

“Is it now that he knows the meaning of genocide. Where was he when over 300 Fulani were killed in his area?” he asked.

Mr. Bayeri spoke to PREMIUM TIMES hours before members of the House of Representatives from Benue State addressed journalists in Abuja, condemning the Federal Government over the attacks on the Agatu communities.

The lawmakers threatened to resort to self-help should the Federal Government allow the attacks to fester.

“If the Federal Government does not stop its lukewarm attitude towards finding solution to the killings, we may be forced to mobilise our people to defend ourselves,” Emmanuel Orker-Jev, who led the lawmakers to the briefing,said.

On Friday, PREMIUM TIMES published a special report featuring horrifying details uncovered during a week-long investigation of the killing in Agatuland.

We reported how most of the communities had been destroyed and burnt down, while farmlands had been turned to grazing grounds for cattle.

But the human cost is even more devastating.

At the time our reporter visited, while many charred bodies still littered the deserted communities, living had become difficult for thousands who luckily escaped and were now taking refuge in neighbouring towns of Apa and Otukpo.

There were complaints by the displaced persons that no help had come from the National Emergency Management Agency.

That point was reiterated by one of the lawmakers, Mr. Dominic, at Friday’s press briefing.

He recalled that the National Assembly passed a resolution asking that people who escaped attacks from Agatu be recognised as internally displaced persons to enable them to get adequate attention.

“But they are still not getting attention,” the lawmaker said.

READ OUR SPECIAL REPORTS ON THE AGATU KILLING BELOW