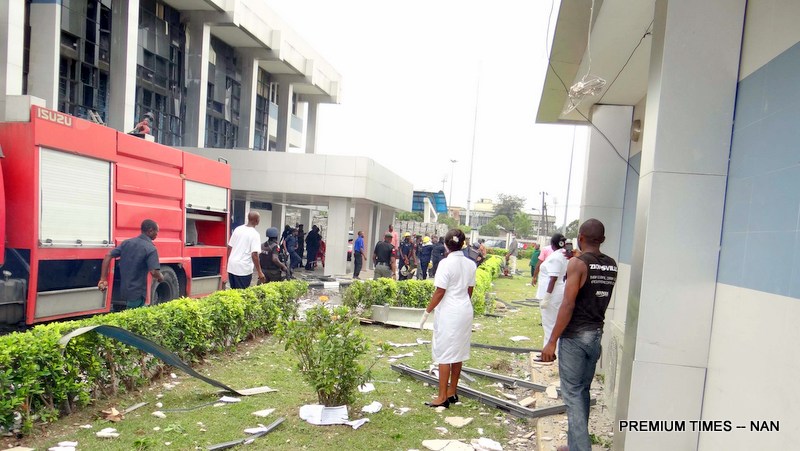 SCENE OF AN EXPLOSION, AT CENTRAL BANK OF NIGERIA (CBN) PREMISES IN CALABAR

Health workers at the University of Calabar Teaching Hospital confirmed that two people were killed Friday by an explosion at the Central Bank of Nigeria building, Calabar, Cross River state.

A nurse in the hospital, who did not want his name mentioned because he was not authorised to speak, told PREMIUM TIMES that 13 victims of the explosion were brought to the hospital, and that one person was in critical condition.

He said there were fears that four of the victims may lose their sights because of the extent of the injury from the impact of the explosion.

Other victims had various degrees of burn, he said.

The Police Public Relations Officer in Calabar, John Eluu, said “the explosion is believed to have been caused by a faulty fire fighter cylinder”, and that the police were investigating the incident.