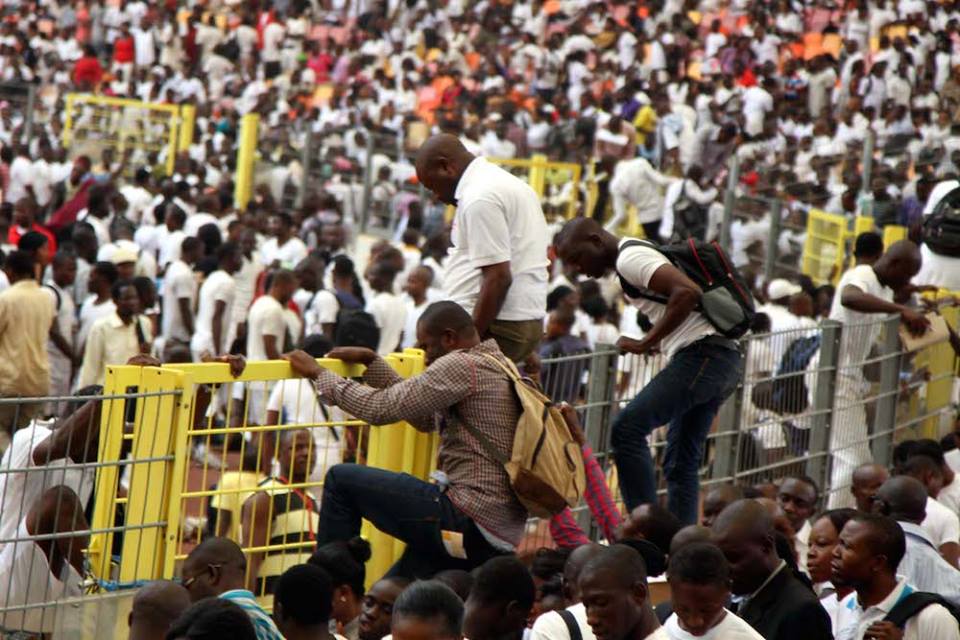 The Economic and Financial Crimes Commission on Monday arrested a former Minister of Interior, Abba Moro, over the Nigerian Immigration recruitment scam in which no fewer than 20 job seekers died.

Also arrested by the anti-graft agency were former Permanent Secretary in the ministry, Anaesthesia Nwaobia, and a deputy director who allegedly facilitated the scam.

A source at the commission, who cannot be named because she is not authorised to speak on the matter, told PREMIUM TIMES the three suspects were picked up in the evening.

“They were brought into the commission’s headquarters today and will be arraigned on a 12-count charge in the Federal High Court Abuja on Tuesday,” the source said.

Some of the charges against Mr. Moro and his colleagues include obtaining by false pretence, procurement offences, corrupt practices and money laundering.

At least nine job seekers died on March 15, 2014 at the Abuja National Stadium while scrambling to secure seats for a recruitment test into the Nigerian Immigration Service.
‪
The stampede ensued after the over 200,000 job seekers scrambled through a poorly organized barricade at the stadium.

In Port Harcourt, Rivers State, four applicants died from the stampede while 12 others sustained injuries and were rushed to Rivers government-owned Braithwaite Memorial Hospital.

After the March 15 tragedy, several Nigerians demanded the resignation or dismissal of Mr. Moro and the Comptroller-General of Immigration, David Parradang, as well as their criminal prosecution for involuntary homicide.

They were accused of putting in place a sham recruitment process that enabled the interior ministry to extort at least N520 million in compulsory levy imposed on applicants.

The minister, who initially blamed impatience and refusal by applicants to abide by instructions for the tragedy, later accepted responsibility for the incident.

He, however, refused to step down.

Speaking on a Channels TV’s breakfast programme, Sunrise, on October 20, 2014, Mr. Moro made it clear he would not resign, saying he would rather stay put in office to clear the mess caused by the incidence.

“The point at which we are now is not about resignation. That time has gone,” Mr. Morro said in response to a question over why he refused to quit.

“At the time (people were calling for his resignation), I think emotions were very high. I was in the eye of a storm.

“At that time, a lot of options were on the table… The issue is do you resign or do you stay to sort out the problem that have been created?

“I decided that staying and mopping up the mess caused by the lack of proper implementation of our plans is better. That’s the point we are now.”

The minister said Nigerians should consider the tragedy as an accident which he too did not plan for or envisage.

“I also have families. I didn’t set out on that journey knowing that accident would occur that would lead to the death of human beings.

“We took everything into proper perspective. If we had succeeded, a few Nigerians would have congratulated us for the job well done.”