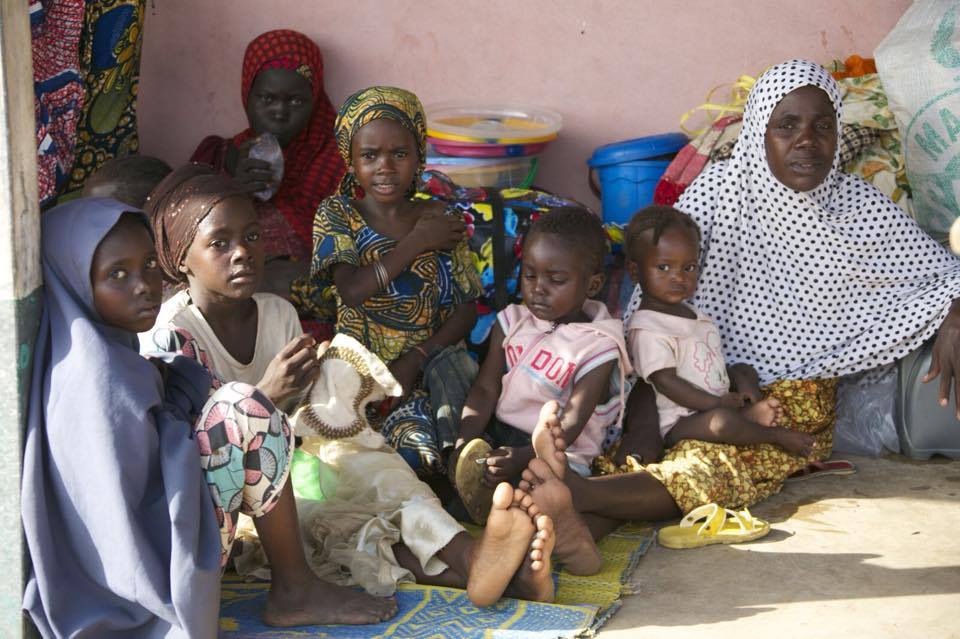 About 450 children died of malnutrition in 28 Internally Displaced Persons’ camps in Borno state in 2015, an official has said.

The Executive Director of the Board of the Borno Emergency Management Agency, Sule Mele, disclosed this on Sunday in an interview with the News Agency of Nigeria in Maiduguri.

Mr. Mele said the victims were aged between one and five years.

He said more than 209,577 children were screened for various illnesses, including malnutrition, malaria, diarrhoea and vomiting.

According to him, about 6,444 severe cases of malnutrition were recorded in the camps, 25,511 have mild to moderate symptoms, while 177,622 among them were not malnourished.

He attributed the large number of malnourished children to lack of access to highly nutritious foods in the camps.

“Poor feeding practices, such as inadequate breastfeeding, offering the wrong foods and not ensuring that the child gets enough nutritious food also contribute to malnutrition.

“The food that is mostly served in the camps is always adults in nature which affect the health, growth and physical development of the children.

“Even if the children get enough to eat, they will become malnourished if the food they eat does not provide the proper amounts of micro-nutrients, vitamins and minerals to meet daily nutritional requirements.

“The children should at least be fed with an enriched groundnut pap, crayfish, periwinkles, millet, soya beans, moi-moi, fishes, pap, ugba and a whole lot of others.

“The effects of inadequate nutrition and malnutrition include stunting and recurrent infections or chronic diseases.

“Poor nutrition in terms of foods and feeding behaviours, especially during the first two years of life can lead to low immunity, significant illness, late development and death,’’ he said.

However, Mr. Mele said the state government is partnering with an NGO, Community-Based Management of Acute Malnutrition , in treating children with severe acute malnutrition in the camps.

He urged the Federal Government to adopt the U.S. Special Supplemental Nutrition Programme for Women, Infants and Children (WIC), for healthcare and nutrition to enable proper supplementary feeding for the kids in IDP camps.

Hundreds of thousands of people have been displaced by the Boko Haram insurgency that has ravaged Northern Nigeria since 2010.

About 20,000 people have also died during the crisis.