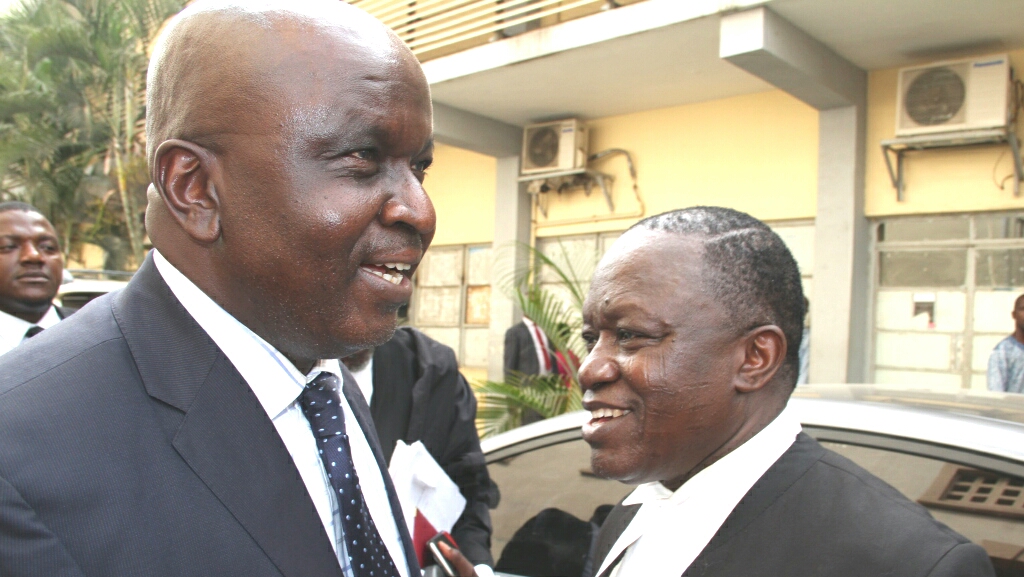 A senior lawyer, accused by the Economic and Financial Crimes Commission of bribing a judge, on Friday denied the allegation, insisting that the N225,000 he paid to Justice Mohammed ‎Yunusa was to cover part of the funeral of the judge’s father-in-law.

Rickey Tarfa stated, in an affidavit he filed before a Federal ‎High Court in Lagos, that the money was a contribution by some friends of Mr. Yunusa towards the funeral rites of his father-in-law, Audi Damasa.

“The applicant (Mr. Tarfa) did not on 7th January, 2014 bribe Honourable Justice M.N. Yunusa with the sum of N225,000 or any other sum at all,” the lawyer stated in the affidavit deposed to by John Odubela, the head of his chambers.

“It was common knowledge in the legal circles that Honourable Justice M.N. Yunusa lost his father-in-law, Alhaji Audi Garba Damasa on the 28th December, 2013 in Maiduguri and travelled there to attend to the funeral rites.

“The applicant and some friends of Honourable Justice M.N. Yunusa made some donations towards the said funeral rites and to commiserate with the judge since they could not physically go and commiserate with him in Maiduguri, where he was and stayed for a while.

“The contributed monies amounted to N225,000, which sum was given to the applicant with the responsibility to get same across to the bereaved judge.

“The applicant consequently made arrangements to forward the sum N225,000.

“I know as a fact that it is common in Nigeria for friends and well-wishers to contribute gifts in cash and kind to people who are celebrating or bereaved.”

The EFCC had alleged that‎ Mr. Tarfa made phone contacts with Mr. Yunusa in a case before the judge.

The commission provided phone numbers of Mr. Tarfa, the judge, and bank documents detailing money transfer from the lawyer to Justice Yunusa.

”Based on intelligence report available to the Commission that the Applicant in a desperate bid to pervert the cause of justice in earlier proceedings involving the suspects on the subject matter was using his GSM ….. to communicate with Honourable Justice M. N. Yunusa in a case before His Lordship, the 1st Respondent requested the Applicant upon his arrest to respond to the allegation and surrender his mobile Apple I-Phone 6, colour black with MTN No. …..,” the EFCC stated in a counter affidavit deposed to by Moses Awolusi, an EFCC investigator.

‎‎”That based on investigations and data analysis of the Applicant’s mobile phones startling revelations about secret, unhealthy communications between the Applicant and judicial officers emerged.‎”

The Commission had arraigned Mr. Tarfa before a Lagos High Court, last Tuesday, for allegedly obstructing two of its officers from arresting Gnanhooue Sourou and Nazaire Odeste, the owners of Rana Prestige Industries.

In response, Mr. Tarfa filed a N2.5 billion fundamental rights action enforcement suit against the EFCC protesting his arrest and detention by the Commission.

In addition to seeking N2.5 billion as damages, Mr. Tarfa is also seeking a public apology from the EFCC for his alleged arrest and detention.