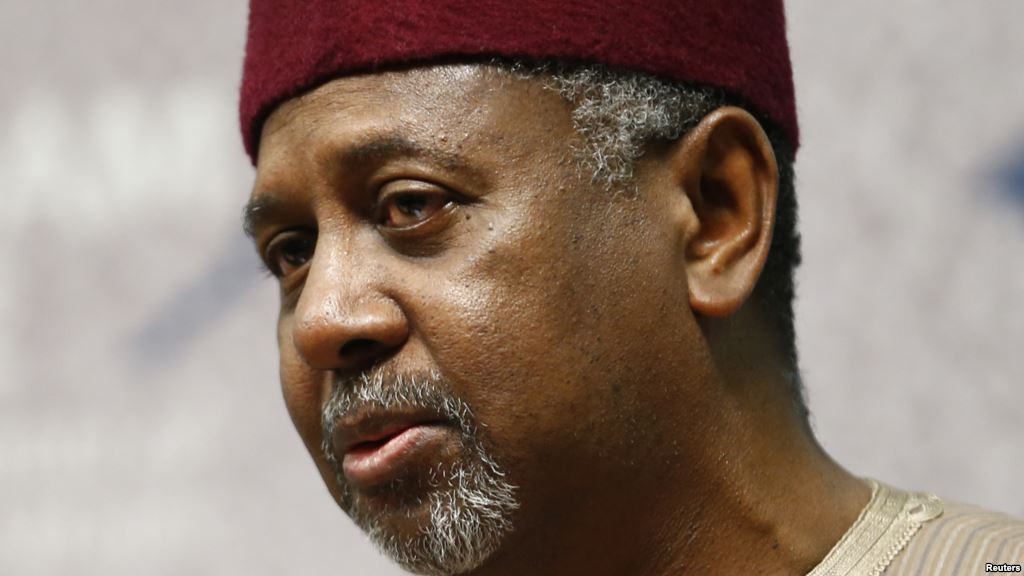 Others standing trial over a 19-count charge preferred against them include, a former director of finance at the office of the NSA, Shuaibu Salisu, a former Group General Manager of the Nigerian National Petroleum Corporation, Aminu Baba ​Kusa and two firms, Acacia Holdings Limited and Reliance Reference Hospital.

Justice Husseini Baba Yusuf granted bail ​to the accused persons ​on the sum of N250 Million on the condition that they produce a surety each who must be a ​serving or retired ​civil servant ​not lower than the rank of a director.

The ​c​ivil servant must also show possession of a property within the FCT worth the same amount​, the judge ordered.​
All the accused

​we​re also asked to deposit copies of their ​i​nternational passports with the ​c​ourt registrar​. They are to also​ notify the court of any travel arrangement outside the FCT.

Mr. Dasuki is accused of mis-spending about $2.1 billion meant for the purchase of weapons for the fight against extremist group, Boko Haram.