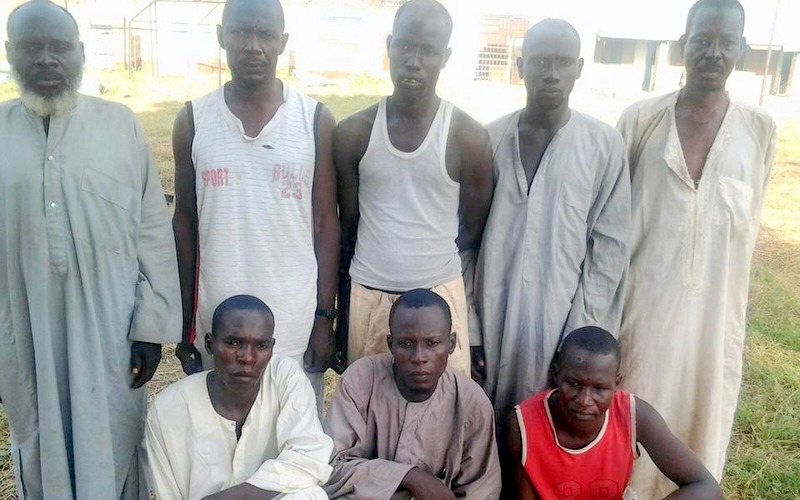 FILE PHOTO: The terrorists who surrendered to Nigerian Army

The Nigerian Army has announced the surrender of another batch of over 200 members of the extremist Boko Haram sect.

In a statement Friday afternoon, the spokesperson of the Nigerian Army, Sani Usman, said the self-acclaimed terrorists surrendered to the Nigerian troops in Banki town of Borno state.

Banki is an economically important and strategic town noted for fishing, and where major economic and trading activities between Nigeria, Cameroon and Central African countries take place.

“During the encounter Nigerian troops not only recapture the town, but several Boko Haram terrorists were captured alive while the stubborn terrorist armed militants who refused to surrender where killed in the military offensive.” Mr. Usman said in the statement sent to PREMIUM TIMES.

The reported surrender of the terrorists followed a series of such claims in the past one month by the Nigerian military.

On September 13, the Army said scores of members of the Boko Haram insurgent group surrendered their arms after they realised that the ‘new strategies’ being deployed by soldiers was becoming successful.

A similar claim was made on September 22 when the Defence Headquarters said 10 terrorists surrendered to troops at Kawuri village in Borno State.

Two days later, on September 24, the military circulated a statement saying another batch of 135 Boko Haram members surrendered with their weapons around Biu Local Government Area of Borno State.

And six days ago – September 19 – Mr. Usman said another batch of eight self-acclaimed terrorists surrendered to troops of 21 Brigade of the Nigerian Army.

So far, PREMIUM TIMES has been unable to independently verify the surrenders, as the repenting terrorists are yet to be paraded before journalists.