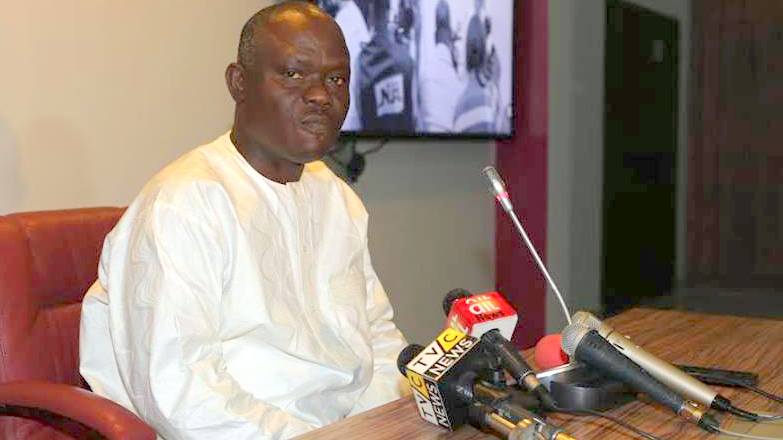 An investigation panel led by a former director of training, recommended the dismissal of the former CSO alongside one Liman Widi, a personal assistant to the former Director General of the service, Ita Ekpenyong, for corrupt practices and playing partisan roles inimical to Service codes.

A source in the service said Messrs Obua and Widi were recommended for dismissal from service for alleged involvement in oil bunkering deals.

Security sources say Mr. Obua’s explanation on the alleged $6.9 deal and oil bunkering did not satisfy the investigative panel. The panel therefore recommended them for dismissal.

Ms. Ogar, who was sacked over allegations of bribery and partisanship, was however compulsorily retired.

A notice for retirement issued to her, titled: “Retirement From Service”, read, “Following the on-going re-organisation in the Service, be informed that that your services are no longer required in the Department of State Security Service (DSS). You are therefore, retired from Service under Section 8 Rule 020806(II) of the Public Seervice Rules, 2006 wef 31st August, 2015”.

In July, Mr. Obua was rumoured to have passed away in the custody of the service after he was detained on allegations of corruption and partisanship.

He was released a few days after his lawyer raised the alarm over his failing health.

On August 29, PREMIUM TIMES reported how the former CSO allegedly conspired with the former President Goodluck Jonathan and former Minister of Petroleum to spend, in just one deal, a princely $6.9 million dollars to buy three 40-feet mobile stages for use during mass public speaking events.

Although Mr. Obua denied the story through his lawyer, Andrew Itsekiri, federal government investigators and security agencies said the deal was just one of the tons of alleged corrupt practices frequently engaged and condoned under the presidency of the immediate past president.

According to our August 29 report, apart from the fact that the amount for the stages was inflated, there was no evidence that any stage was purchased at all.

While the cost of mobile stages range in size and designs, only outlandish rock star musicians in Europe and the U.S. spend hundreds of thousands on their huge stages way bigger than the 40-feet stages. Even then, those musicians and super stars would not pay over $2m per stage, according to industry sources.

The process of procurement of the three mobile stages was neither known to extant Nigerian laws and due process regulations, nor were the offices of the Auditor-General and the Accountant-General in the know, according to investigators.