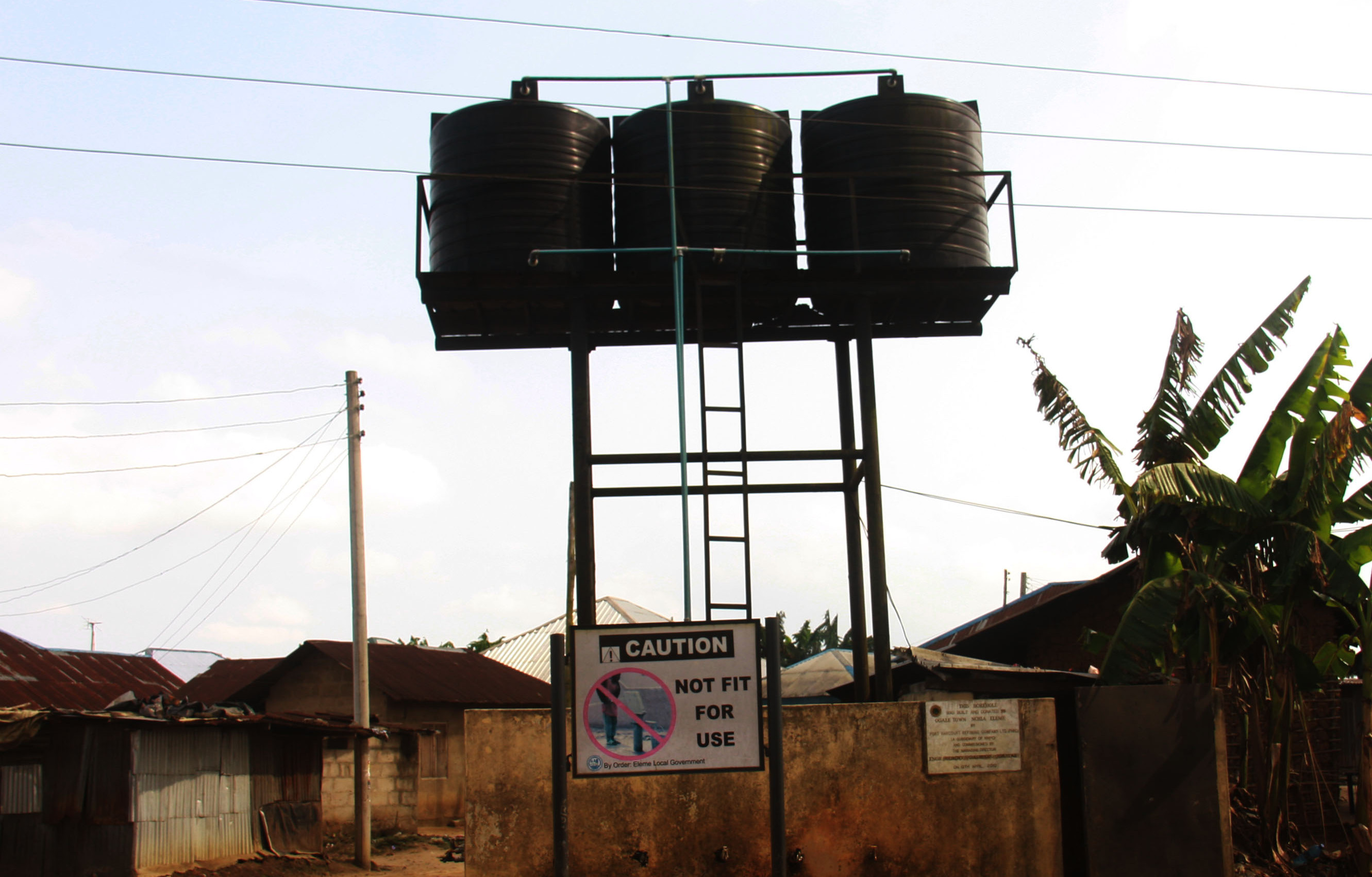 Nigeria’s Millennium Development Goals (MDG) office spent N154.2 million to construct a single borehole in Abuja, in what appears a shocking example of contract inflation that has helped undermine the country’s ability to achieve its MDG goals.

The firm allowed an expanded estimate of N10 million if a water treatment facility is included alongside other optional accessories.

The Abuja borehole, constructed at Gwarinpa, an expansive estate in the federal capital, had no such fittings. Indeed, the borehole had long become dysfunctional and was no longer dispensing water to the residents when PREMIUM TIMES visited in June 2015.

Still, the Abuja MDG office told this newspaper it was more concerned with service delivery to the people, than the amount it takes to do so.

The eight target goals of the MDGs, set at the Millennium Summit of the United Nations in 2000, are eradication of extreme poverty and hunger; achieving universal primary education; promotion of gender equality; reduction of child mortality; improvement of maternal health; combating HIV/AIDS, malaria, and other diseases; ensuring environmental sustainability and developing a global partnership for development.

Analysts say poor execution of projects, racketeering, inflation of contracts, and other contractual breaches are some of the factors responsible for Nigeria’s inability to achieve its MDG goals.

The Gwanrinpa borehole, constructed at N154, 242,200, according to the contract and budget papers obtained by PREMIUM TIMES, is located at Galadima ‘I’ community of the estate.

The contract was awarded to Zarm Global Service on March 28, 2008. The company has no address, contact person or telephone number.

Another N110.6 million was paid for the construction of a borehole at Tungan Nasara community of Jiwa Ward in Abuja Municipal Area Council. The contract was awarded to Global And Global Venture Limited on March 29, 2008. Also, the company has no address or contact person.

When our reporter visited one of the project sites supposedly executed by the MDG office at a primary school in Dutse Alhaji community and another in Kubwa area of Abuja, there were no signs of any projects in the areas.

Residents of the area told PREMIUM TIMES that the borehole had stopped working immediately after its completion. According to budget details, N8, 802,185 was paid for the construction of the borehole.

Obinna Okafor, a representative of the company in charge of the project, Hunnigdale International Limited, provided no details beyond saying the project was moved from its initial site to Gbazango West Layout of Kubwa.

At Nanda Community of Agyana Pandagi Ward in Abaji Area Council, Abuja, a borehole constructed at N8.1 million was also not functional.

Ochiez Signature, which won the contract, has no office address. Its manager, Onu Clement, told our reporter the firm operates from his house at New Nyanya in Nasarawa State.

Investigation revealed that a greater percentage of the 1,333 projects executed by the Abuja office of the MDGs between 2007, 2008, 2010 and 2011 in Abuja communities, were either below the set standard or had been abandoned by contractors.

When PREMIUM TIMES sought the response of the MDGs office regarding the construction of a single borehole at the cost of N154, 242,200, and the poor state of the projects, the director of projects at the office, Mr. Dalhatu, said he could not discuss issues of contract or speak for the companies.

Although an official who spoke on the condition of anonymity faulted the payment of N154 million for drilling of a single borehole, he said they were more interested in seeing the projects working, and that they will check available records, and consult with the MDGs focal person to find out what the problem was.