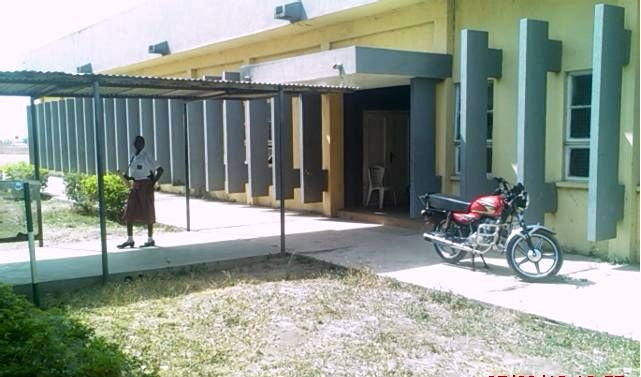 An official of the Federal Pay Office, Abeokuta, is currently assisting investigators from the Independent Corrupt Practices and Other Related Offences Commission, ICPC, to recover over N100m meant for the use of three government colleges in Ogun State, which he diverted for personal use.

The suspect, Olusegun Lawal, stole the funds budgeted for students’ meal subsidies and also payment of contractors carrying out developmental projects in the three schools.

The suspect, over a two-year period, carried out an elaborate scam, whereby funds channelled to the three schools were diverted through the use of companies operated by him and his cronies.

Between February, 2014, and March, 2015, Mr. Lawal allegedly diverted the monies sent to the three schools via the Zenith Bank account of the Pay Office and another Central Bank of Nigeria account and utilized the funds for personal purposes.

Apparently, Mr. Lawal came up with the ingenious scheme to divert the schools’ funds after the other official signatory of the accounts operated by the pay office, one Mrs. Iyabode, was redeployed from the Abeokuta office in 2012.

Mr. Lawal neither informed the relevant authorities of Mrs. Iyabode’s transfer nor did he ask for another co-signatory to be deployed or assigned to the school.

The elaborate scam that Mr. Lawal allegedly orchestrated involved the setting up of fake companies, opening an account for them and then the transfer of huge sums into the accounts purportedly for either supplying food or executing contracts.

Some of the companies investigators said he established to defraud the system are Oris Fish Industry Nigeria Ltd, SOG Best Concept, Oris Farms and Food and Toyinlolu Gbade and Sons.

Checks at the Corporate Affairs Commission show that none of the companies was registered to do any kind of business.

The companies received various bulk sums of money from the suspect at various times between February 2014 and March 2015 for undisclosed jobs.

While the elaborate fraud was going on, developmental projects were stalled at the three schools due to lack of funds to pay the relevant contractors.

The schools also could not subsidize the feeding of their students and staff due to financial difficulties occasioned by the diversion of funds allocated to them by the federal government.

When officials of the schools approached the suspect to know why they were not receiving monies due to them, they were told by Mr. Lawal that the government had not remitted the statutory funds into the pay office accounts.

Investigations revealed that whenever the bursars of the affected schools raised vouchers for the schools’ financial needs and sent same to Mr. Lawal to credit the institutions’ accounts as was the usual practice, Mr. Lawal always claimed that he had not received any funds from the federal government.

Matters, however, got to a head when contractors started abandoning ongoing projects due to the inability of the schools to fund such work.

Perhaps, unconvinced by the weak explanations given by Mr. Lawal, the principal of one of the affected schools was said to have made independent investigations to find out why the schools were no longer receiving funds via the pay office.

She was said to have also travelled to the Federal Ministry of Education and later to the Accountant General of the Federation, AGF’s office in Abuja where, curiously, the AGF’s office initially did nothing until the pressure and complaints from the schools became unbearable. That was when the office forwarded a petition to the ICPC, which launched an immediate investigation into the alleged scam.

The initial findings of ICPC revealed a shocking scheme whereby the suspect regularly moved funds meant for the three schools from the pay office account and the CBN dedicated account into account owned by fictitious companies.

This led to his subsequent arrest by the operatives of the commission.

He was said to have confessed to the crime while promising to refund the looted funds.

As at last week, the ICPC, it was learnt, had recovered about N50 million from the suspect.

Investigations reveal that the suspect has equally paid N26, 237, 603.40 into the Federal Pay Office account, using one of his companies, SOG Best, to issue the payment.

Mr. Lawal has been granted administrative bail by the ICPC to enable him pay back all the money he allegedly stole. Even as officials try to recoup the stolen funds from him, there are so many questions still begging for answers.

What kind of system allows a civil servant divert so much funds for so long without raising suspicion? How did a key signatory to an account be transferred from his/her post without being replaced? So many questions but few answers.

When our reporter visited the ministry to seek explanations, he was directed to meet the deputy director, Press and Public Relations, Olu Lipede, who however was not available for comments.

However, an assistant in the Press/Public Relations Unit of the ministry, who simply identified himself as Abubakar, said he was not aware of the details of the case so could not comment.

“I can’t comment on a case I don’t even know anything about. And certainly I can’t even issue an official statement without the express permission of my boss or the ministry,” he said.

The reporter also made efforts to get officials of the office of the Accountant-General to comment on the matter and explain the delay in acting on the initial petition it received but no one was ready to talk to him.

The deputy director, Press and Public Relations, Kenechukwu Offie, took down the reporter’s enquiries and promised to get back to him.

In a telephone interaction a few hours later, she said the office would not comment on a matter still under investigation.

She added that at the appropriate time, when investigations have been concluded by the ICPC, the OAGF would issue a statement if it deemed it necessary.

This report was first published by the International Centre for Investigative Reporting. We have the permission to republish here.